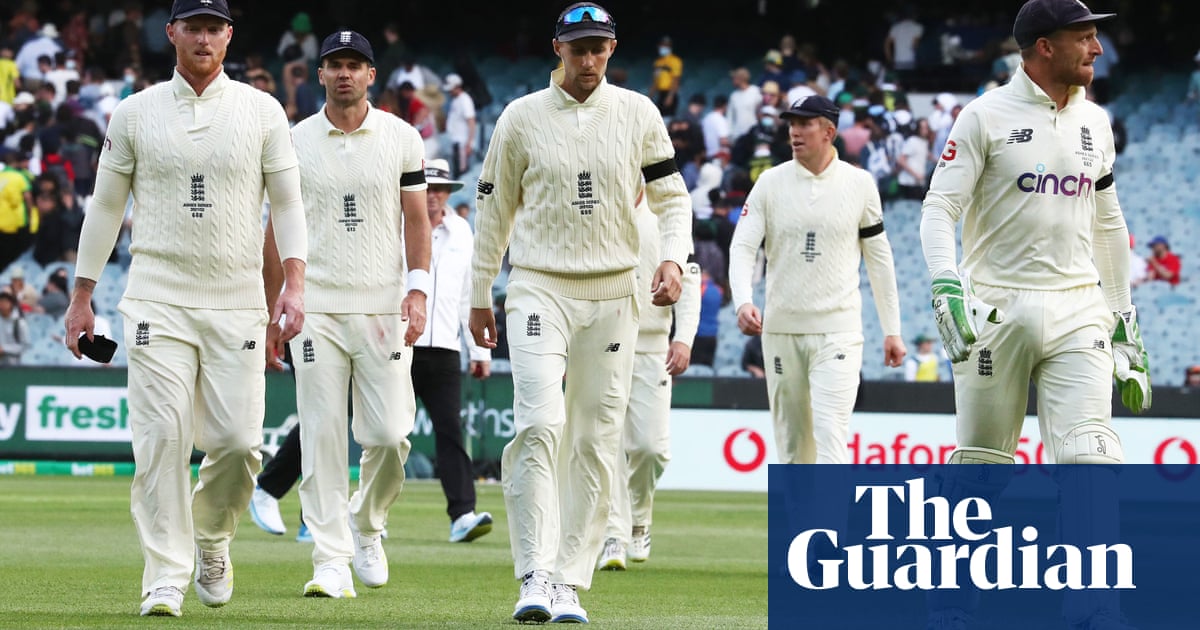 Australia have guaranteed retention of the urn inside 12 days of cricket – England spent longer in quarantine before the start of the tour – as an innings-and-14-run win at Melbourne moved them into an unassailable 3-0 lead.

The tourists’ collapse to 68 all out in the second innings of the Boxing Day Test was labelled “embarrassing” by a couple of former players and Ponting believes many of their batters are not up to scratch at the highest level.

“I don’t think I’ve seen a worse-performing team in Australia than what I’ve seen over the last three games,” Ponting told cricket.com.au.

“Some of the English top-order batters that I’ve seen in the last couple of tours, without giving names, there’s some techniques there that I just know are not going to stand up at Test level. In challenging conditions and world-class bowlers up against sub-standard techniques, then you get what happened [at the MCG]. What I’ve seen with their batting, they’re just simply not good enough.”

The fallout has started with speculation on the positions of captain Joe Root and head coach Chris Silverwood while there has been no lack of soul-searching about county cricket and whether it is producing players ready for Tests.

Ponting feels one solution could be to introduce the Kookaburra ball in the County Championship, emulating how Australia adopted the Dukes in 2016-17 to help prepare their batters for the 2019 Ashes.

“We’ve been through this in Australia,” Ponting added. “You wind the clock back a few years ago when we had our struggles in England, we changed conditions, we changed the ball, we changed everything because we were poor in those conditions.

“England might need to have a look at how they can make their conditions more suitable to ours. They play well in England still but they don’t play well when they come here – so maybe they play more with the Kookaburra ball. Maybe they flatten the wickets out a little bit so there’s not as much swing and seam. It might be the exact same blip that [Australia] had to have three or four years ago.”