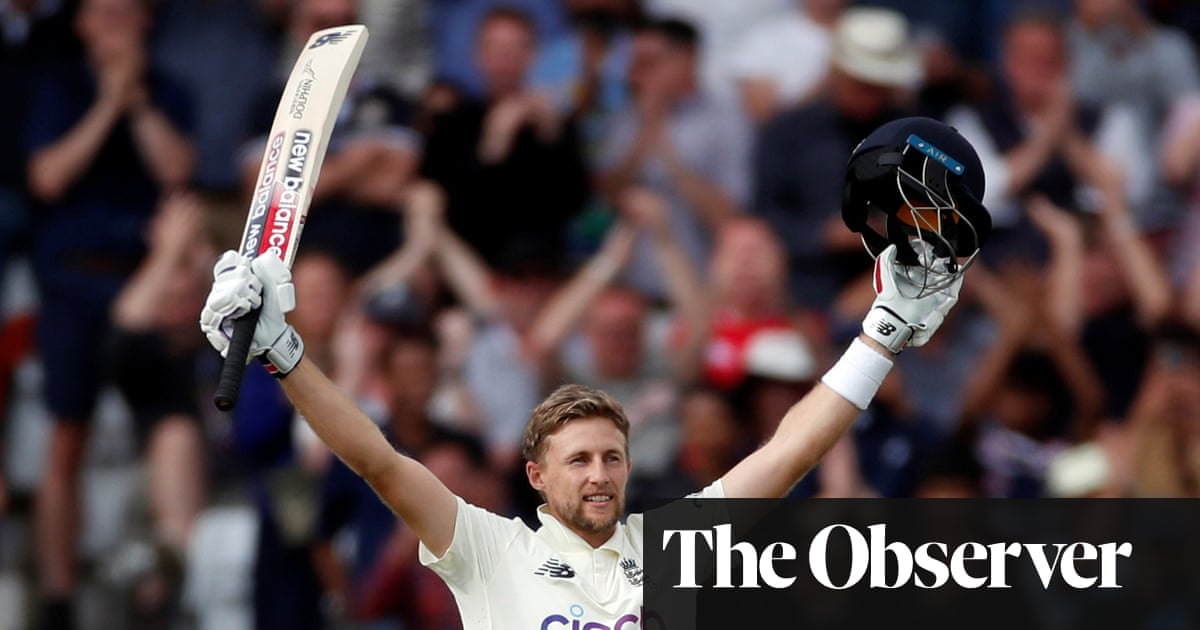 After surviving a couple of lbw shouts as he batted through the 90s, Joe Root was left joking afterwards: “It did look like I was trying to get myself out. But I promise you I wasn’t.”

The England captain had beaten his chest and celebrated with the Trent Bridge crowd as he ran down the wicket, having just scored the century that dragged his team back into contention against India. “I was probably a little bit too excited,” Root said. “The five, 10 minutes leading into getting the hundred was a bit hairy as well, so there was probably a bit of relief.”

Root’s return to form – which he puts down to his involvement in England’s 50-over games before this series – was vital on the first day of the Test, when it helped his team to a first-innings platform of sorts. It was even more significant here in the second.

Having dragged his team back single-handed from their dangerous deficit in the first Test, Root now believes England can pull off an unlikely victory. “As always you’d want more runs to play with, there’s no doubt about that, but you’ve seen throughout this whole game there’s been times when clusters of wickets have fallen and the game’s really flipped on its head.

“So it certainly feels like there’s nine chances out there tomorrow – we’ve just got to make sure that we make those runs last as long as possible.”

His team will have to be better in the field than they were in the first innings if they are to pull off a tight victory. “We’re going to have to catch very well when those chances come,” agreed Root. “There’s still plenty in that wicket, you get a couple of early ones tomorrow and that 150, 160 seems a lot bigger.”

Root paid tribute to the atmosphere at the ground, which was enhanced by some sparky banter between Mohammed Siraj and some of the England batters, particularly Sam Curran and Jonny Bairstow. Root said he had not received any sledging from the pace bowler: “I had quite a nice conversation with him. He told me how well he was bowling and I agreed!”

With a concatenation of circumstances besetting the Test team from seasonal injuries, to Ben Stokes’s and Jofra Archer’s longer-term absences, Root admitted that it had been a “tough patch” for his captaincy. “There’s been a lot to handle not just for me but for the whole squad and it’s really important that you look to find ways of managing that.”

He added: “This morning I said to the group and to myself: ‘Just remember what’s fun about cricket.’ Being out there batting, it can be tough some times, it might be hard, especially in Test cricket – but it’s fun. And it’s really important that we all embrace that and remember that.”

Clouds stay away from Trent Bridge on a day of balmy, barmy pleasures | Emma John

Australia finally beat Bangladesh in T20 thanks to Christian heroics