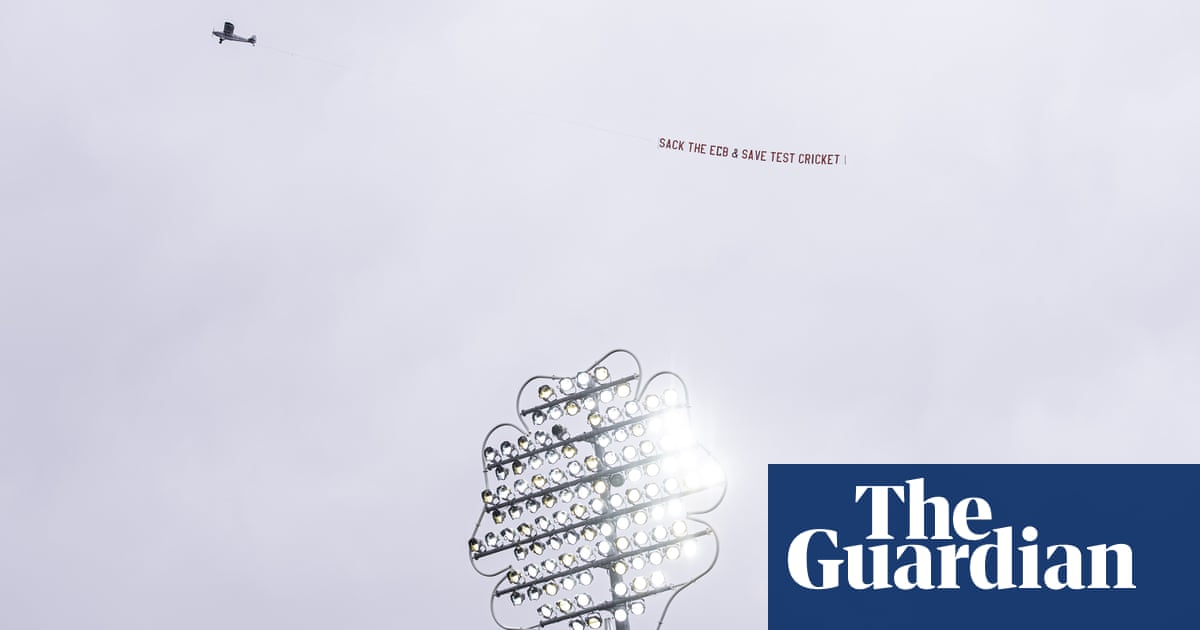 It was a luxurious slow burn of a third day at Headingley, one of those days when the moments all seem to blur into a kind of ambient hum, a day when nothing is wasted and nothing is resolved, when everything is moving but nobody is going anywhere. India’s batters seemed content to mark out time; England’s bowlers and fielders ran in with purpose but little urgency; the clouds drifted; the electronic advertising boards quietly scrolled their wares.

Partly this was a function of the surface, slow and lifeless and seemingly in no hurry at all. Partly it was the state of the match, with England dominant and India playing largely for pride and thoughts already beginning to turn to the Oval and Manchester. Partly it was a function of the serene Cheteshwar Pujara, who is the sort of batsman who slows the game to his own pace: batting until one can no longer remember a time before he started batting nor can envisage a time when he no longer will be.

There were, of course, some scattered fragments of drama. Jonny Bairstow’s catch to dismiss KL Rahul on the stroke of lunch felt at the time like a more seismic development than it turned out, a stunning left-handed grab that felt above all like a triumph of concentration and resolve. One can often tell from body language which fielders are already browsing the lunch menu in their minds. Bairstow, restless and intense and tightly coiled to a fault, has never been one of those.

Likewise the dismissal of Rohit Sharma directly after the tea interval, tantalisingly confirmed on review, threatened to portend greater things for England. Jimmy Anderson was theatrically summoned to have a dart at the incoming Virat Kohli, and then quietly despatched having bowled two overs for 20. After the drama and plunder of the first morning, Headingley was not going to yield its treasures without a fight.

And so, as India etched away at England’s gargantuan lead, the crowd began to devise its own forms of entertainment: songs and sketches, extended trips to the bar, the ubiquitous Yorkshire beer snake. Part of the thrill of attending a day of Test cricket is this inherent lottery. The knowledge that when one buys a ticket there are no guarantees. One could end up watching the greatest day’s cricket of one’s life. Or one could end up seeing a grand total of two England wickets, one crowd catch and a bloke as a nun being chased down the steps by a bloke dressed as the pope. And here’s the thing: one will probably end up remembering each as fondly as the other.

There was a plane flying a banner over the ground shortly after lunch. “SACK THE ECB & SAVE TEST CRICKET,” the banner read. Perhaps this was a good time to remind ourselves that no statement of any worth has ever been billowed from the back of a plane. By its very nature, the plane banner is a blunt and lumpen form of communication, sacrificing nuance and context for legibility and aerodynamics. How do you “sack the ECB”, anyway? Perhaps by forcing it to dissolve its own constitution at the next executive meeting by means of a majority vote. By that point, one has almost certainly run out of characters.

The sentiment expressed in the second half of the banner, by contrast, may resonate with certain people. “If the art of cricket is to survive, many people must contribute to the survival,” the Australian prime minister Robert Menzies wrote in the centenary edition of Wisden in 1963. This was by no means the first time alarm bells had been sounded for the future of the game. On some level somebody is always trying to save Test cricket, which by extension means it must always be dying.

Indeed part of the very essence of Test cricket is this permanent, melancholy sensation of loss; that even as it unfolds, it is also somehow receding. That while it is happening in the flesh it is simultaneously un-happening in the abstract. Cherish Anderson; there will never be another bowler like him. (Statistically, unlikely.) Mourn the death of English batsmanship, slain upon the altar of scheduling and short-form cricket. (Mock obituaries for English cricket go back at least as far as 1882, a full eight decades before the Gillette Cup.)

The inconvenient truth is that Test cricket has rarely been in a better place in most of our lifetimes. Unequal and underfunded, yes, but no more than it ever was. More countries are now playing it than ever before. It now even has a league table, a vaguely intelligible format and a world champion. Over in the Caribbean Pakistan and West Indies have just played a scintillating series illuminated by the 21-year-old Shaheen Shah Afridi and the 19-year-old Jayden Seales. Test cricket has survived world wars, decolonisation, Kerry Packer, Twenty20, Ten10 and a global plague. It may just withstand the launch of the Birmingham Phoenix.

“The spectator naturally loves a good swiping innings, with a few sixes thrown in,” Menzies warned back in 1963. “But he must also have time and intelligence to admire the artistry of non-scoring defence against aggressive and shrewd bowling.” And as both teams dragged themselves from the field after a taut, tough but ultimately bloodless day, the warm reception they received was a sign, perhaps, that they still do.