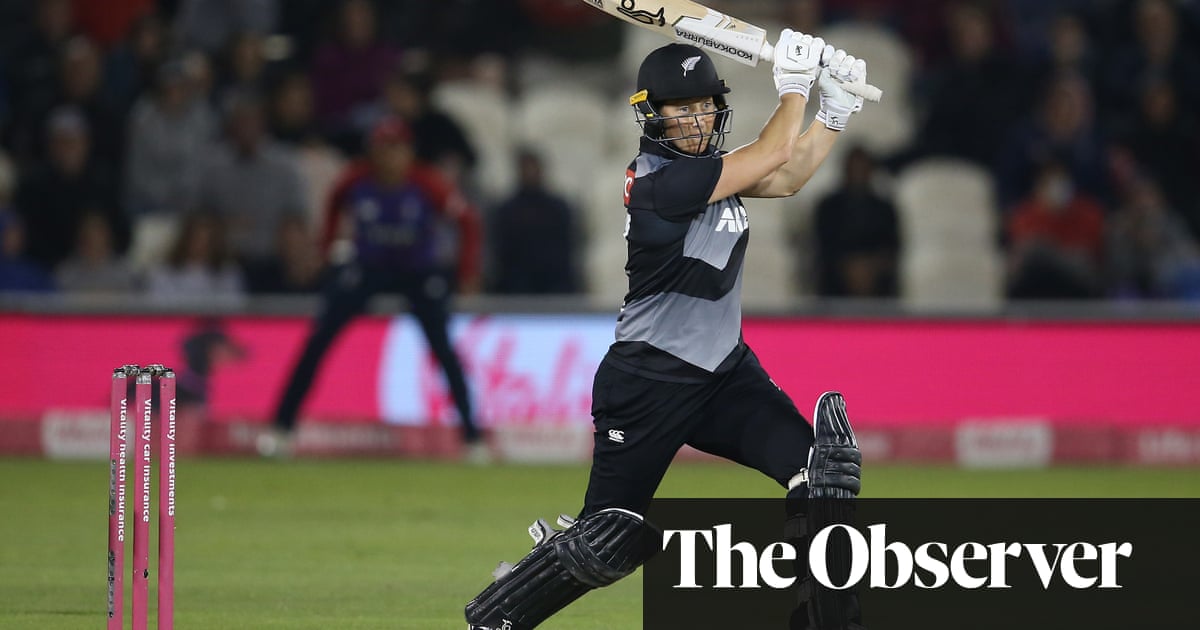 New Zealand captain Sophie Devine celebrated her 100th T20 international in style, leading her side to a four-wicket win over England at Hove.

Devine, who took a two-month mental health break from cricket earlier in the year, looked back at her fluent best, striking a 39-ball half-century that included four sixes over the leg side, after earlier returning two for 28 in her four overs.

She fell to a stunning diving catch from Mady Villiers at deep midwicket in the 15th over, while Villiers then grabbed another off her own bowling to dismiss Maddy Green (21 from 19 balls), after earlier running out Suzie Bates with a direct hit from mid-on.

Tash Farrant snatched a last-ditch wicket courtesy of DRS to see off Hayley Jensen caught behind with four runs still needed, but then handed New Zealand the win with two consecutive wides.

Devine’s decision to put England in to bat after winning the toss for the second time in four days appeared risky but this time paid dividends, as New Zealand restricted their opponents to 127 for seven.

With captain Heather Knight still sidelined with a hamstring injury, England had handed out a second cap of the series to 22-year-old Maia Bouchier, who found herself nervously arriving at the crease in the 10th over with the score 61 for four.

Some skittish running ensued, but Bouchier eventually shared a 44-run partnership with Danni Wyatt (35 from 29 balls), displaying some of her trademark crisp strokeplay. Her 25 from 24 balls is the highest score by an England player on T20 debut since the first ever international T20 in 2004.

But seamer Hannah Rowe removed both partners in the 16th over, cramping both for room as they attempted the cut – Wyatt caught at short third before Bouchier edged behind the stumps. From there England’s innings finished with a whimper: only one boundary was struck and just 20 runs were added in the final four overs.

England had been left reeling at 25 for three in the fifth over, courtesy of two wickets in two balls from Devine: Nat Sciver was caught at deep square leg attempting the pull, before Amy Jones fell driving into the hands of Thamsyn Newton at cover.

New Zealand had also removed the in-form Tammy Beaumont early in proceedings – a hooping inswinger from Jess Kerr taking out her leg stump. While Dunkley survived Devine’s hat-trick ball, then lofted the ball carelessly over the Kiwi skipper’s head for four three overs later to bring up England’s fifty, she fell caught and bowled to Leigh Kasperek for a run-a-ball 21 to bring Bouchier to the crease prematurely.

The win puts the series all square at 1-1, with the decider to be played at Taunton on Thursday.