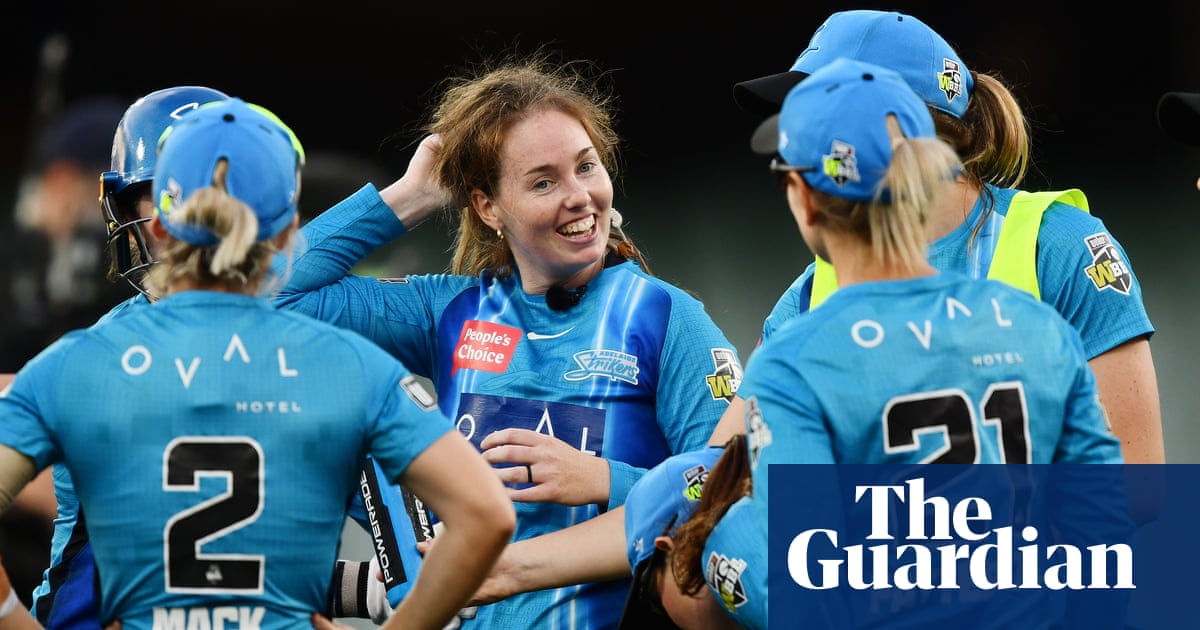 Adelaide Strikers spinner Amanda-Jade Wellington produced the best bowling display in WBBL history to help lift her side to a crushing eight-wicket victory over the Brisbane Heat in ‘The Eliminator’.

Wellington snared an incredible 5-8 from her four overs as the Heat slumped to 52-7 in the 12th over at Adelaide Oval on Wednesday night.

Only a late cameo from Nicola Hancock (40 off 26 balls) and a brave effort from the injured Nadine de Klerk (18no off 25 balls) saved the Heat from complete embarrassment as the two-time champions limped to 114-8.

De Klerk was in pain every time she went for a run after being struck on her left knee while scrambling through for a single early in her innings.

In reply, the Strikers cruised to the victory target with 21 balls to spare.

Katie Mack (50 not out off 42 balls) and Tahlia McGrath (38 not out off 27 balls) combined for an unbeaten 71-run stand to make easy work of the run chase.

The Strikers will now take on the Melbourne Renegades in Adelaide on Thursday in ‘The Challenger’ for the right to face off against the Perth Scorchers in Saturday’s final in Perth.

Wellington credited her break from the game last year in helping her refresh and adopt a new mindset.

“I haven’t had that much trust in myself in a while and to see it pay off was really good,” said Wellington, who once snared 7-20 in an under-18s 50-over game against NSW.

“My whole mindset and approach to the game has changed since my break. I think I’m in a really good space at the moment and my performances have shown that.”

Wellington, playing her 100th WBBL match and pushing for an international recall, was unplayable at times during her mesmerising spell.

The 24-year-old’s first victim was star opener Grace Harris, who charged down the wicket and was subsequently stumped after being outdone by the spin.

Mikayla Hinkley fell two balls later when she edged a sharp-turning delivery to slip, and Jessica Jonassen was bowled by Wellington in the ninth over.

Wellington was on a hat-trick in the 11th over after snaring Laura Kimmince and Georgia Voll in consecutive deliveries.

De Klerk was able to keep out the hat-trick delivery, but it was far from convincing after the ball fizzed sharply to hit the shoulder of her bat.

Wellington’s bowling figures beat out the previous WBBL best of 5-15 by Molly Strano while playing for the Renegades at the MCG in 2016.

Heat captain Jess Jonassen said her team fell well short of the 150-run total they had aimed to get.

“We just didn’t have the answers that were required,” Jonassen said. “The wicket was on the slower side. We didn’t adapt quick enough.

“She [Wellington] bowled really well to the conditions. But in saying that we could have potentially been a bit more proactive [by making sure that] whenever we came down the wicket we went to the line of the ball a bit better.”