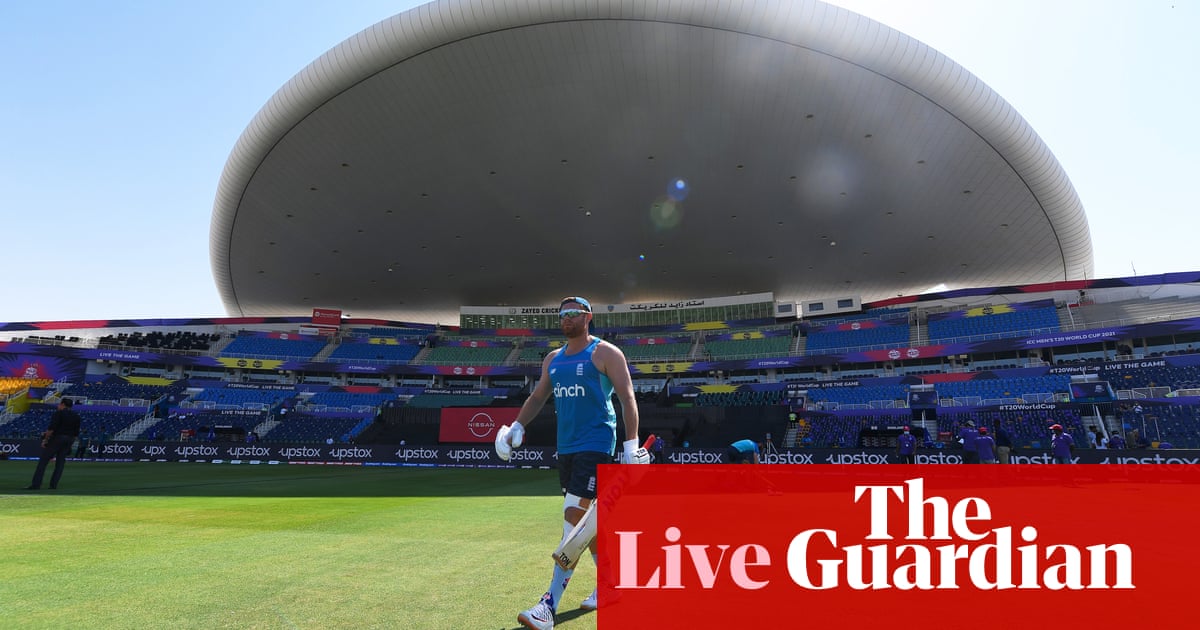 Good morning! It’s Wednesday, so England are taking on Bangladesh in Abu Dhabi. Unbelievably, this is the first IT20 between the two sides, in a format where money-making means match-ups are ten-a-penny. The Bangladesh board aren’t rich enough, you say? Don’t be ridiculous!

England, who thrashed West Indies, are huge favourites against a Bangladesh side who lost against Scotland in the qualifying round-robin, and then lost against Sri Lanka in their first Super 12 match.

As an afternoon game, there will be no problems for either side with the dew that so troubled India in the field against walking-on-air Pakistan.

My colleague Simon Burnton is already at the ground and reports things are somewhat subdued.

Both teams will be taking the knee, happily avoiding yesterday’s controversy when Quinton de Kock refused and missed South Africa’s game against West Indies. Much more to come out there, I’m sure.

Play starts at 11am BST.

Egypt Must End State Oppression of Women and Girls