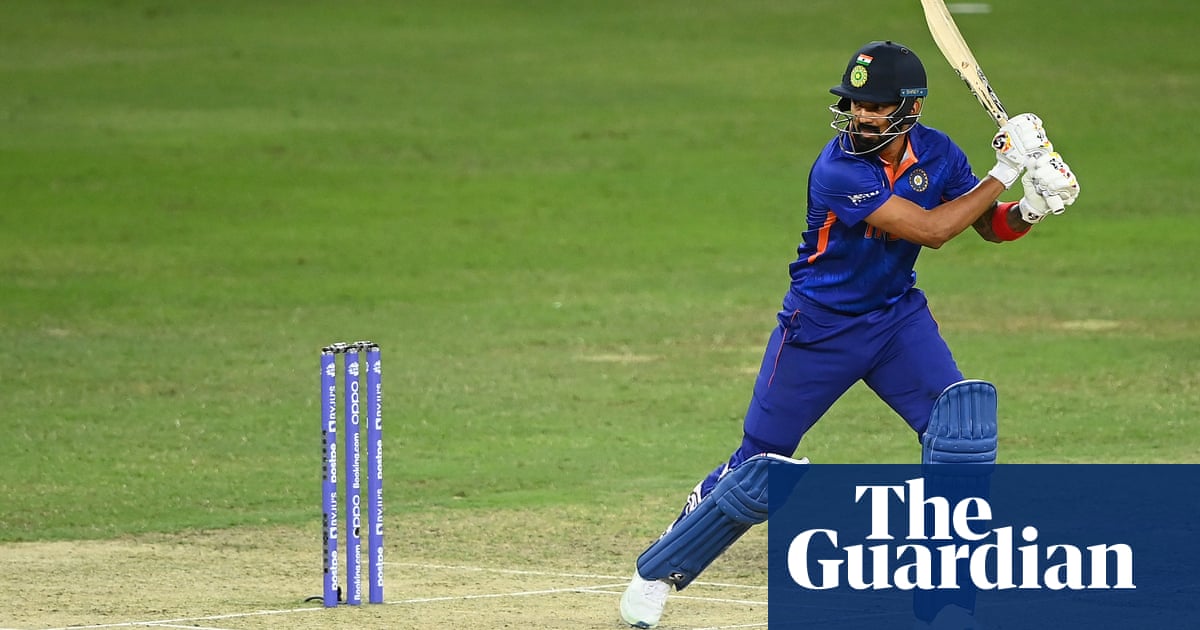 Ravindra Jadeja’s three for 16 with the ball and 50s from KL Rahul and Rohit Sharma helped to give Virat Kohli victory in his final match as India’s Twenty20 captain.

India’s elimination from the T20 World Cup was confirmed on Sunday when New Zealand defeated Afghanistan, which made Monday’s match a dead rubber.

Overseeing his 50th match in charge of the side, Kohli had a peripheral role as Namibia were restricted to 132 for eight after being asked to bat first, with the total overhauled with 28 balls to spare.

The spinners Jadeja and Ravichandran Ashwin took three wickets apiece before an opening 86-run run stand broke the back of the chase, with Rohit particularly aggressive as he raced his way to a 31-ball half-century.

Rohit thrashed seven fours and two sixes in his 56 off 37 balls before an attempted slog across the line off Jan Frylinck took a top edge, with Zane Green pouching a skier, but it was a rare moment of joy for Namibia.

Kohli elected not to come out at first drop as he made way for Suryakumar Yadav, who contributed an unbeaten 25 in an unbroken with 50-run partnership alongside Rahul as India bowed out of the tournament with a third win in a row.

Rahul’s back foot punch for his fourth four to go with two sixes got India home in the 16th over, although they were ultimately left to rue a slow start to their campaign as defeats by Pakistan and New Zealand proved decisive.

This match also marked the end of India head coach Ravi Shastri’s tenure after more than four years at the helm. He is being succeeded by Rahul Dravid.