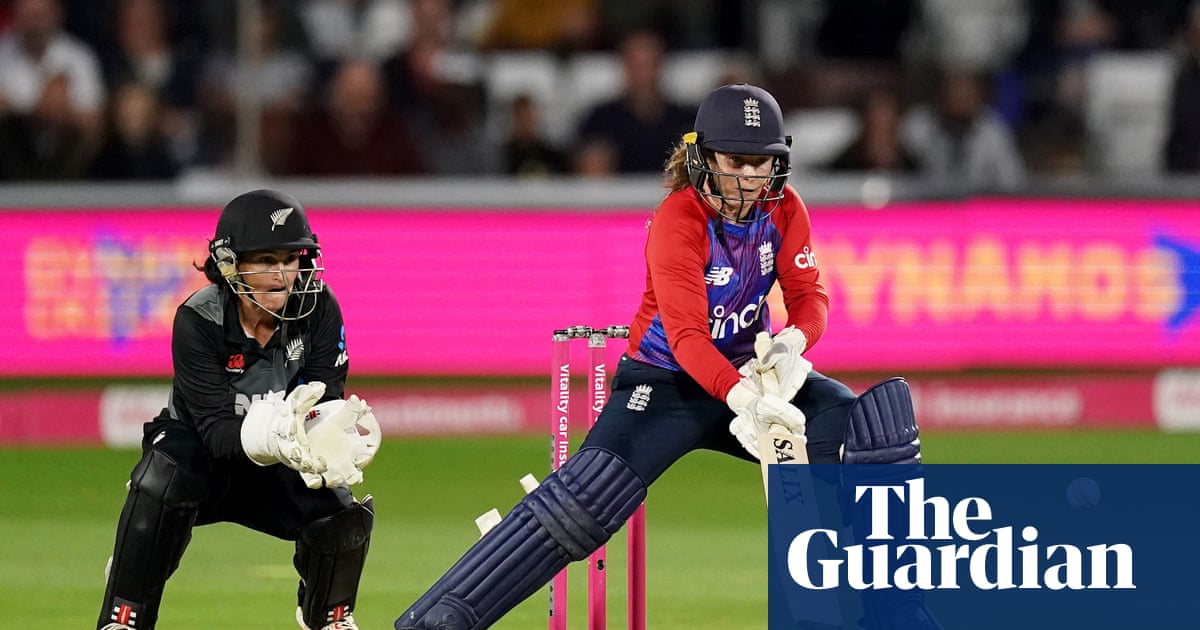 England reclaimed Fortress Chelmsford with a vengeance, hitting their highest T20 score against New Zealand – 184 for four – before bowling out their opponents for 138 in 18.5 overs to finish with a huge 46-run win.

Two years ago, England were subject to an onslaught from the mighty Meg Lanning here. Tammy Beaumont’s 97 from 65 balls – her fourth half-century of the international summer – meant England doled out a taste of that same medicine.

The Player of the Match fell agonisingly short of bringing up a second T20I hundred, caught trying to ramp Hayley Jensen off the penultimate ball of the innings, but the damage had already been done.

Amy Satterthwaite plugged away as wickets fell at the other end, but when she fell to a brilliant diving catch by Mady Villiers at deep midwicket in the 13th over, seven short of a half-century, the match was effectively over.

England were missing their captain, Heather Knight, sitting out with a hamstring injury, but scarcely felt her absence. Her stand-in, Nat Sciver, (14 off 16) effortlessly lofted the first six of the match over long-off in the eighth over, before Amy Jones (31 off 15) joined Beaumont at the crease to propel a flurry of boundaries as the 12th and 13th overs went for 18 runs apiece.

Jones was stumped by Katey Martin in the next over but Sophia Dunkley, promoted Knight’s absence, continued the onslaught, racking up 23 off 17 balls and running hard between the wickets. Debutant Emma Lamb, carded at six, did not even get to face a ball.

Devine – returning to action after a two-month mental health break – conceded 12 runs from her opening three overs, but also handed England several lives – including putting down Beaumont off her own bowling when she was on 26 and shelling Dunkley at cover after she initially looked to have full control of the ball.

The New Zealand coaches have their work cut out before the second match at Hove on Saturday.