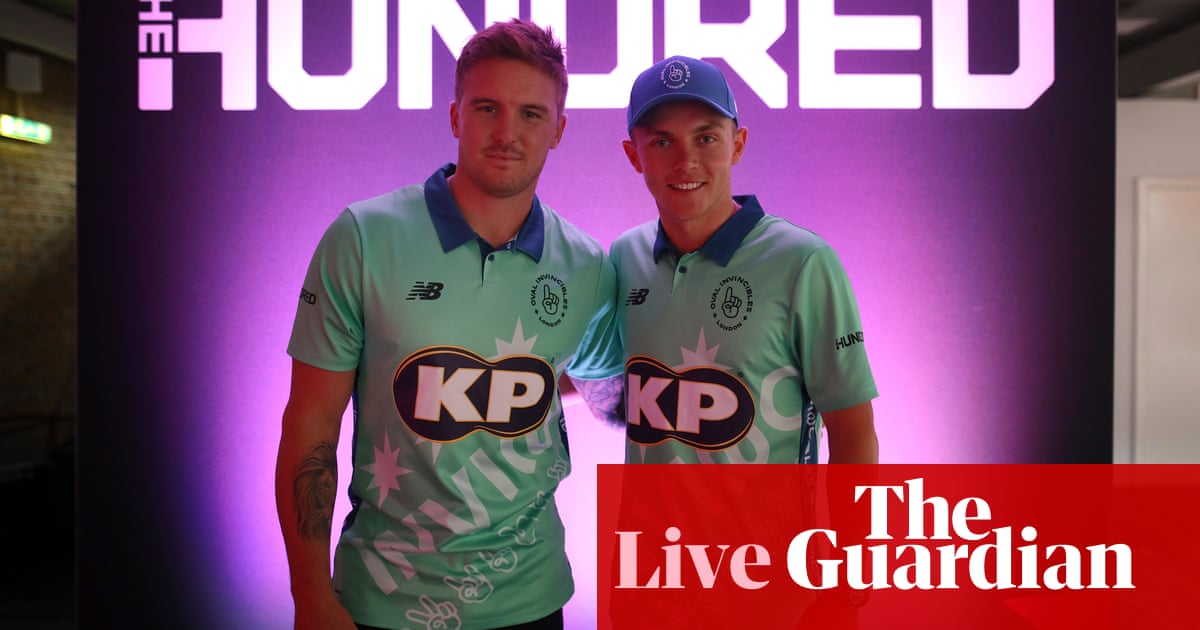 Evening everyone and welcome to the bright new world of The Hundred. It’s the first-ever men’s match in cricket’s latest format. It’s Twenty20 with almost 20 per cent off!

Half a century ago, in 1971, two big changes came along to rock the British psyche: the first one-day international cricket match was played, and the currency went decimal. Tonight English (men’s) cricket finally catches up with the penny in its pocket by going decimal itself. Out goes the six-ball over, to be replaced by a five-ball thing that is supposed to be known as “a five”. Each team gets 20 of these, and instead of changing ends after every one of them, the fielding side only switch over every two non-overs. Plus, a bowler can bowl two of them in a row! It’s almost as if, in its long years of anguished planning for this moment, the ECB gave no thought at all to the poor old over-by-over correspondents. We don’t even know what to call ourselves now.

The Hundred began last night with a women’s match between the same teams, Oval Invincibles and Manchester Originals (and if you think the names are bad, wait till you see their mottos). I watched the game, enjoyed it and found it really not that different from T20. Yes, there were fireworks, and free tickets, and a DJ, and small children being interviewed on the telly (Q: “What team do you play for?” A: “I don’t know”), and a coaching time-out, and, during the chase, the runs were counting down rather than mounting up. But there was also a white ball, a flat pitch, a small playing area, a reverse sweep or two, many a slower ball, a sense of occasion and a sense of fun. Anyone itching to mutter “it’s not cricket” may well have been disappointed not to be more disappointed.

The contest was decided by a fine counter-attacking partnership (between two players who happen to be a married couple), some brave hitting at the death, and a couple of dropped catches. Cricket is still cricket even if you play it on the beach with one-hand-one-bounce counting as half out. Last night’s game, featuring some of the most talented women in the world, was most definitely cricket. Tonight’s game will be too, with Jos Buttler and Carlos Brathwaite expected to play for the Originals, and Jason Roy joining Tom and Sam Curran among the Invincibles. Covering it may well be a challenge, but watching it is going to be a treat.

The Hundred: not cricket as we know it, but nothing for sceptics to fear

We Can Prevent the Bankruptcy of the Sacred Dare we Try?