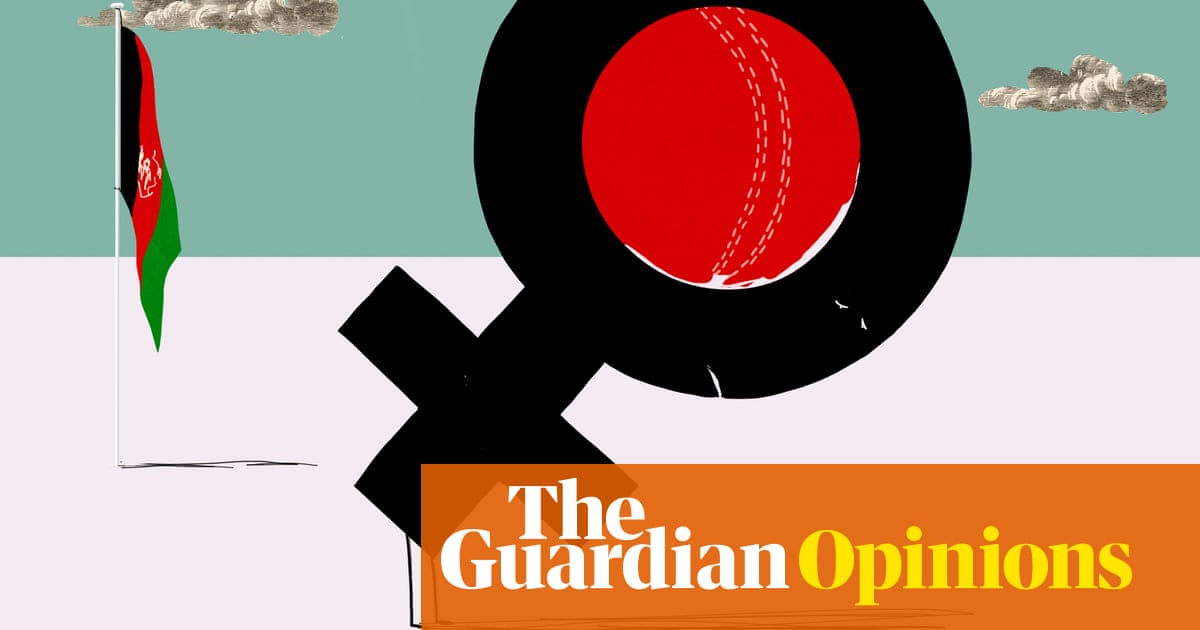 It seemed, at the start of the match, as if Heaven Help Us CC might just live up to their name. The young curate opening the batting was bowled second ball and it was clear that the opposition’s pacy opening bowler – we will call him Khalid, although that is not his real name – was going to be a handful.

Like everyone playing in the Refugee Council XI on Thursday Khalid had been displaced from Afghanistan. Here at Beckenham sports ground he and his teammates were playing a team made up of faith leaders, human rights lawyers and the odd ringer. If you were hunting for an image of sport as a force for good, you would not find one more picturesque: a lush green outfield, a vicar taking a hat-trick, a rabbi fasting in the field; Chris Lewis, the former England all-rounder, donning blue latex gloves and serving refreshments; young refugees finding a place of belonging in their new home.

We know Afghanistan cricket as a good-news story. Amid the decades-long wretchedness of war, terror and instability a sport emerged that brought joy wherever it was found. Its players flourished and the national team found a place at the highest level of international competition. How could that not be a symbol of a hopeful future?

Suddenly the future is horribly different. This week a Taliban official said women would be banned from playing sport under the new regime and Cricket Australia responded that in such case they would call off their men’s Test against Afghanistan in November. The team of Rashid Khan, Mohammad Nabi, Mujeeb Ur Rahman et al had become the darling of world cricket. In this alternative future they may struggle to get a game at all.

No one feels ready for such a sickening about-turn in their story. And one can understand the argument that a sporting boycott of Afghanistan is the last thing that devastated country needs. Who feels comfortable cutting off one of the few remaining sources of pride and joy for a people besieged by such tragic circumstance? Who would not feel queasy, freezing out a team that has overcome so much adversity?

It is certainly no fault of the players that the US and Nato withdrew their troops from the country and left it to fall to a group that has a history of punishing women for studying, or showing their faces, or leaving their houses unaccompanied by a male blood relative. Nor can one see the Taliban having their minds changed on any of that brutality by the removal of Afghanistan’s Test status, which is the most likely form any cricketing sanction would take.

Kicking Afghanistan out of top-level cricket would be a heartbreaker. And yet what heart can withstand any of the stories coming out of that country right now? Their nascent women’s team spent the past six months training for a first-ever game against Oman which they will now not play. The players’ emails to the ICC, begging for help as the Taliban closed in on Kabul, were apparently not received. Three made it to Canada; many more are living in fear, hiding their bats and their pads, confined to their homes. Some have been threatened with death if they play again.

If only this were one of those apparently malleable human rights issues, such as the treatment of migrant workers in Qatar, or the re-education of Uyghurs in China – matters seemingly so complex and intractable that they still allow for the hosting of a football World Cup or a Winter Olympics. But an outright ban on women’s sport could not be a clearer breach of the ICC’s stated values.

Anyone who has been to a Test or an ODI in recent times will have heard the ICC’s anti-discrimination policy, because it is read over the PA before every game. It is such a long screed and so full of specifics – culture, colour, descent, nationality, ethnic origin, sex, gender, sexual orientation, disability, marital status and/or maternity status – that it is almost a parody of modern virtue. But it sets out its stall. You cannot take a public stance such as that, then say it is fine if one of your 12 Test nations relegates women to second-class status and abuses them for exercising their human freedoms.

Cricket stands with women or it stands for nothing. Afghanistan received special treatment from the ICC when it became a full member; it was granted Test status on the proviso that it would develop the women’s game. No one can pretend that is going to happen now. As anyone who has lived or worked in the country recently will tell you, people in Afghanistan have bigger issues than whether women are able to play cricket. Can cricket, however, admit any greater demand on its conscience than the safety and freedom of women?

The game at Beckenham turned into a good one. Heaven Help Us CC must have found some divine intervention, because they managed to score 137 off their 20 overs. They even had their opponents on 92 for six with six overs remaining, before the refugee XI went big and knocked off the total with an entire over to spare.

The two teams gathered together on the outfield. One player offered a Hindu prayer and another, from the Afghan team, read a verse from the Qur’an. The youngster wept as he read; and it did not feel wrong to weep with him. We all have to accept that in Afghanistan, right now, no one is winning.