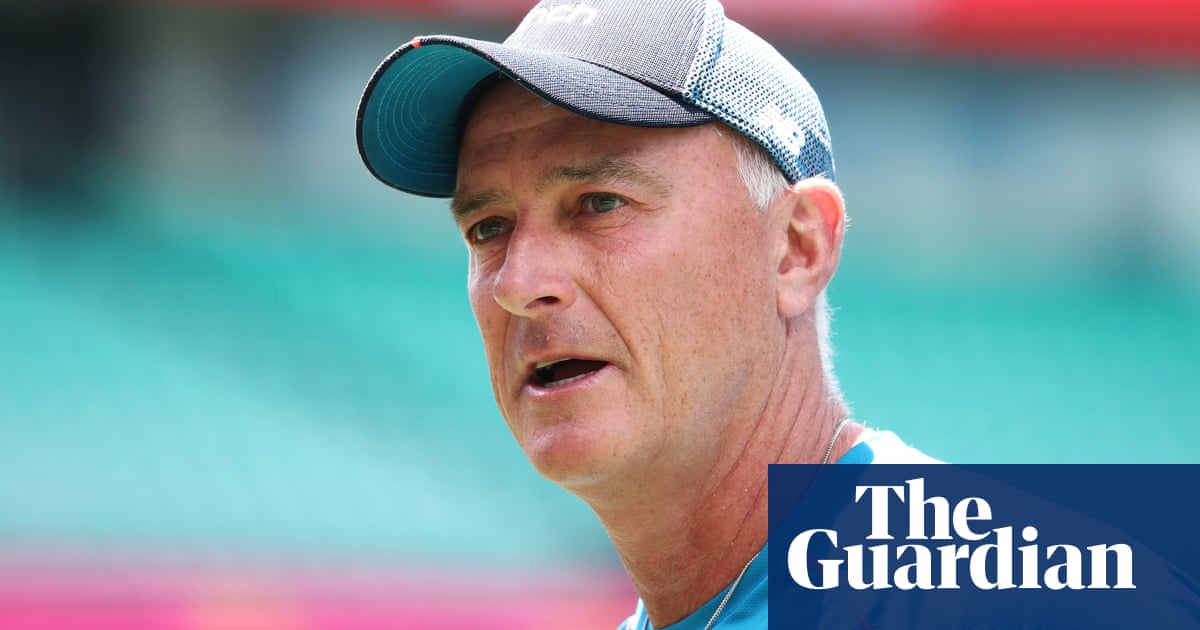 Graham Thorpe, England’s assistant coach, could be under pressure for his job after a video he shot of Tasmanian police shutting down an early hours drinking session involving players from both Ashes teams became public.

Joe Root, the England captain, Jimmy Anderson and Thorpe, as well as Australian players Nathan Lyon, Alex Carey and Travis Head, were the subject of a noise complaint at the team hotel in Hobart at 6am on Monday morning which saw four police officers in attendance.

The incident was filmed by Thorpe and the video first appeared on the website of the Sydney Morning Herald on Tuesday. In it an officer is heard telling the group: “Too loud. You have obviously been asked to pack up, so we’ve been asked to come. Time for bed. Thank you. They just want to pack up.”

All five players agreed to the request and left the outdoor terrace for their rooms. The events came after Australia wrapped up a 4-0 series win at 10pm the previous evening, with the usual end of series drinks between the teams in the dressing rooms then moving back to their shared lodgings in Hobart city centre at around 2.30am.

Linda Collis, the general manager of the Crowne Plaza Hotel in Hobart, told the Sydney Morning Herald that nothing untoward took place and the complaint – said to be about the volume of the music being played – came from outside of the hotel.

The England management appear to be reasonably sanguine about the drinking given the late finish to the day-night fifth Test at the end of a long series and have issued a public apology for the disturbance that saw the group asked to move on. Cricket Australia have declined to comment on the incident.

But the Guardian understands the England hierarchy are now looking into why Thorpe decided to film the events – naming four of the five players while doing so and saying it was “for the lawyers” – before then seemingly sharing this externally.

An England spokesperson said: “During the early hours of Monday morning, members of the England and Australia men’s teams shared a drink in the team areas of the hotel in Hobart.

“The hotel management received a noise complaint, and as is commonplace in Australia, the local police attended the scene. When asked to leave by hotel management and the Tasmanian police, the players and management in question left and returned to their respective hotel rooms. The England party have apologised for any inconvenience caused.

“The ECB will investigate further. Until such times, we will make no further comment.”

Coming after a heavy series defeat, and with Root, the captain, Chris Silverwood, the head coach, and Ashley Giles, the director of cricket, already under pressure for their jobs following a campaign riddled with strategic errors, the video’s emergence could scarcely be timed worse for England in terms of perception.

Thorpe, the former England batter, has recently been interviewed for the vacant head coach role at Middlesex and so appears to be looking to leave. But after five Tests in which the players failed with the bat, this latest development could now expedite his departure from the international setup.

A statement from Tasmania police read: “Tasmania Police attended the Crowne Plaza Hobart on Monday morning after reports were made of intoxicated people in a function area. The guests were spoken to by police, just after 6am, and left the area when asked. No further action will be taken by police.”

The early finish to the Test match has seen the majority of England’s touring party forced to remain in Hobart while waiting for their scheduled flights home on Wednesday. Australia’s players continued their celebrations at various pubs in Hobart on Monday before returning to their respective states the following day.