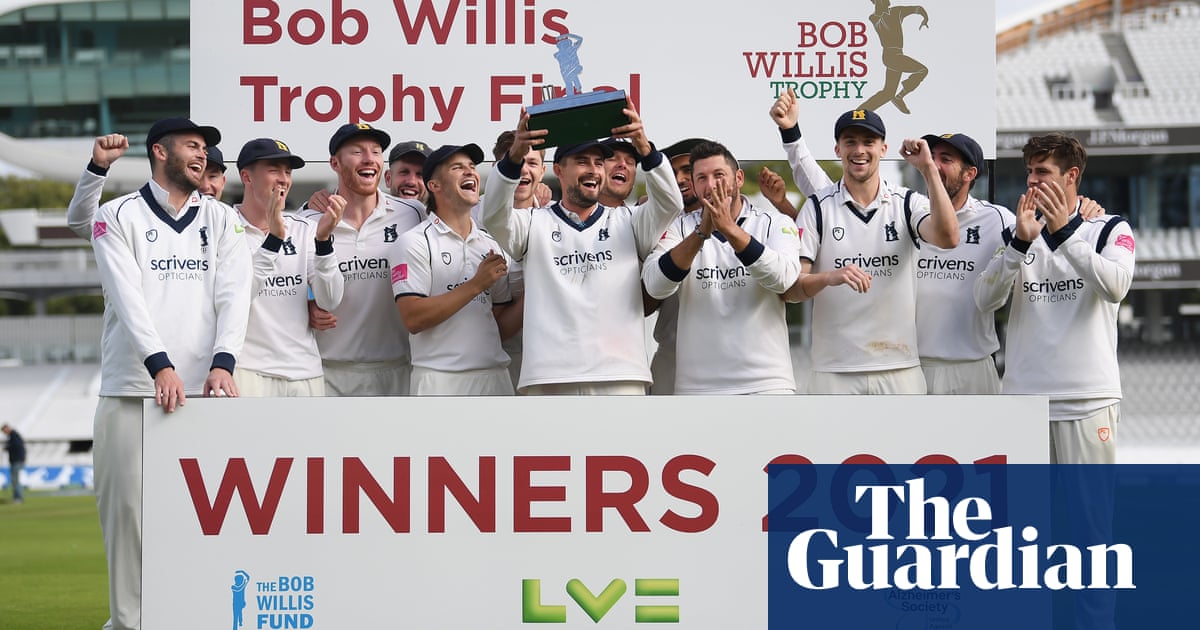 Two hundred spectators, dotting the Grand Stand like late-fruiting blackberries, watched Warwickshire take just over an hour to wrap up Lancashire’s innings, win the Bob Willis Trophy, and do the red-ball double.

The captain, Will Rhodes, who made a match-winning century, said that he was glad to be bringing the trophy “back to its spiritual home”, where Willis played for 13 years.

It has been quite a season for Warwickshire, who secured the County Championship just last Friday after bowling out Somerset, and who started the summer without much fanfare. But Mark Robinson, the inspirational coach who took over at Edgbaston earlier this year, pinpointed an early win against Nottinghamshire, when Tim Bresnan’s 68 not out took them over the line, as the pivotal match that gave the team self-belief.

“It is the start of something,” Robinson went on. “This is their time, there were some very, very fine players [at Warwickshire] and they’ve gone, this is their time to run the dressing room how they want to run it. The bar gets raised now.”

Robinson confirmed that he would like to return to a two-division County Championship, a decision that still seems to be up in the air after a proposed county vote next week was scrapped and put out to further consultation.

Lancashire, whose defeat here preceded the announcement that Mark Chilton will succeed Paul Allott as director of cricket, had blown their chances on the first morning when they were reduced to 12 for 6, and spatchcocked for 78. They had more success in their second innings, some merry tail-end hitting ensuring they avoided their largest ever defeat, and the end came when Tom Bailey top-edged when on 24 and Michael Burgess ran towards fine leg and swooped to gobble, bringing down the curtains on a sweet summer of cricket.