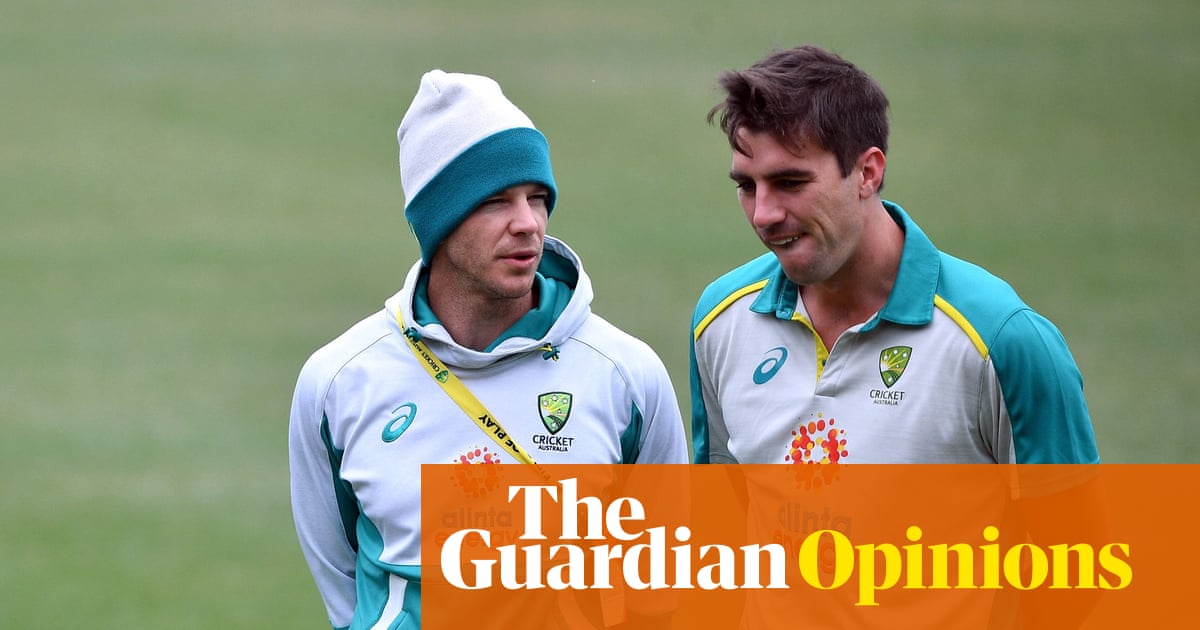 Honesty is a difficult business. There are people with an innate inability to lie, left with their own reality shaken if they try to misinform someone else’s. Safe to say they’re a minority. The impulse comes early, the way kids lie extravagantly, faces smeared in chocolate while denying any knowledge of a stolen block. Some of us never consistently grow out of that – this writer included. We feel trouble coming and our impulse is to hide. As adults, we’re not scared of being punished, we’re scared of being unloved. We’re scared of others seeing the things that we feel ashamed of and casting us out.

His dishonesty may have been by omission rather than commission, but you can understand why Tim Paine, by this point the Australian men’s cricket captain, never wanted to put the story of his dodgy text messages in the open. As well as the personal humiliation in front of a potential audience of millions, it would involve visiting that humiliation on his wife and kids, and the fear of being diminished for both reasons in the eyes of everyone he cares about. The anticipated shame of all of those things would be intense, as is the shame we have all internalised about our sexual wants and actions.

No surprise, then, that after a week of the story leading news outlets across the world he has announced a break from cricket. This presumably means missing the Ashes, and the end of an international career. He could still make a return, but choosing to stand in that spotlight would not be enticing in the state he must be in. Paine is a solitary human against a literal world of attention, going through an experience of a kind that few people could understand. Spare many thoughts too for the woman he sent the messages to, who as best we know has been pulled into this story against her will.

Thus Paine will not play in Brisbane of his own accord, when a week ago it seemed a fair chance that Cricket Australia would remove him from the team. Instead, they came around to join Cricket Tasmania in publicly backing him. Both say that this is a personal issue, and that their investigations in 2018 found no wrongdoing. But by including a work colleague, this is by definition a professional issue. The much-cited “exoneration” and the assessment of the exchange as “consensual” are absurd given that, it seems, Paine’s copies of the messages were never recovered and the recipient was not involved in the investigation.

You can feel for Paine, but he is not an innocent. He made his decisions to send the messages at a time when he knew he was about to resume life as a Test cricketer in 2017, and referred in the conversation itself to how damaging it could be. Even in a two-way exchange, his messages appear to have been a sudden escalation. We can’t be sure that the sending of an explicit image was indeed “consensual”. (A tip for young players: sending explicit images can be a healthy means of sexual expression, but you should be just as explicit with finding out beforehand if these would be welcomed by the recipient. Otherwise it’s no less of an affront than in person.)

Most importantly, Paine decided to join with the boards in pretending nothing had happened, while accepting laurels as the face of decency who would restore Australia’s reputation – all of which was based on the hope and hope alone that the story would never break. Honesty is difficult. Answering a question truthfully is one thing, but volunteering something when nobody might otherwise find out is the hardest. There it lives, the cognitive dissonance of people who lie: over and over, finding that others are angriest on discovering they have been misled. Lying forestalls trouble, but creates a debt where the interest compounds daily. Some of those debts may not come due, but one alone can break the bank.

So this is how Patrick Cummins enters the captaincy. Younger, fresher, as yet unblemished by either private or public utterance, there is some hope that Cummins can bring the integrity the position sorely needs. He will feel Paine’s absence – they would understand one another, one having spent six years out of the team with injury, the other seven years. Cummins returned in 2017 only a few months before Paine, and they have played most of their careers together since, 29 of 31 Tests. For all the concerns about a fast bowler’s durability as captain, Cummins has only missed two.

It is also not the way that Cummins, a famously pleasant person, would want to take over the job, during the trials endured by a friend.

But captains rarely have great exits. Bill Lawry was backstabbed, Graham Yallop dispensed with, Kim Hughes bullied and breaking, Steve Waugh with the selectors looming, Ricky Ponting on his knees to a Jacques Kallis inswinger, Michael Clarke after 60 all out, Steve Smith in a phalanx of security guards at Johannesburg airport. Add this one to the list. You can feel for Tim Paine the person. You should feel for all of the other people involved as well.

We’re all of us liable to bad choices, across a vast spectrum of damage. But when we create our own misery, we have to accept responsibility for it. That is the kind of honesty that can’t be avoided, when the deception is done.