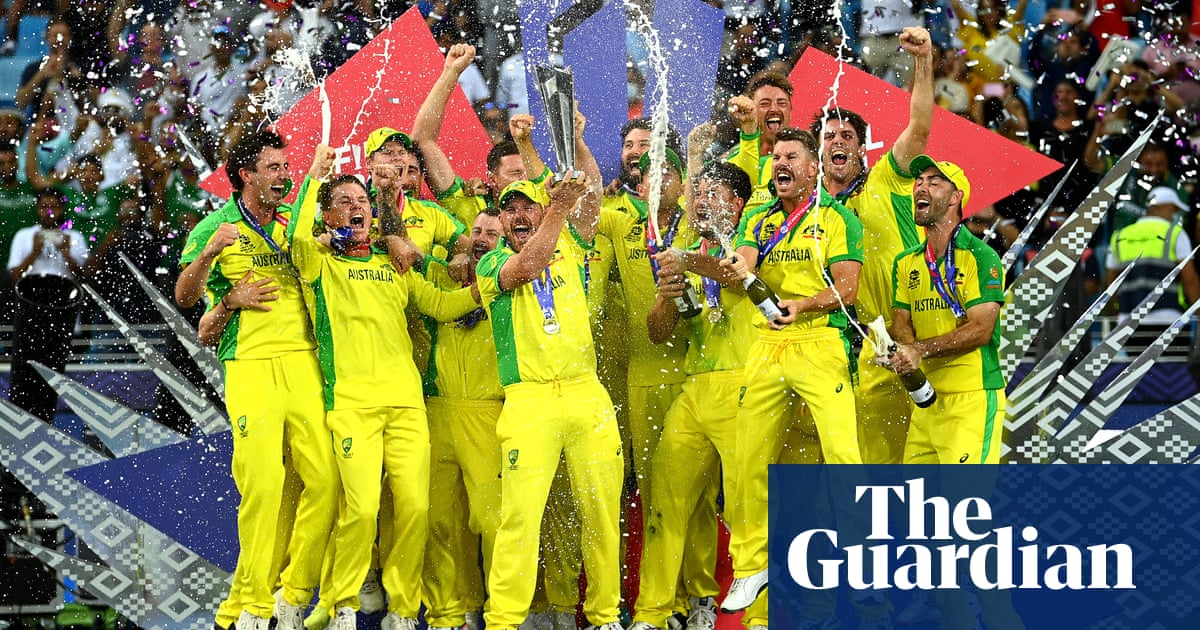 Australia captain Aaron Finch described the “awesome feeling” of winning the T20 World Cup for the first time after his side’s eight-wicket win over New Zealand in the final in Dubai.

Australia were overlooked by many at the start of the tournament but Finch said that there was “belief” among his players that they could win – and join Australia’s women as world T20 champions.