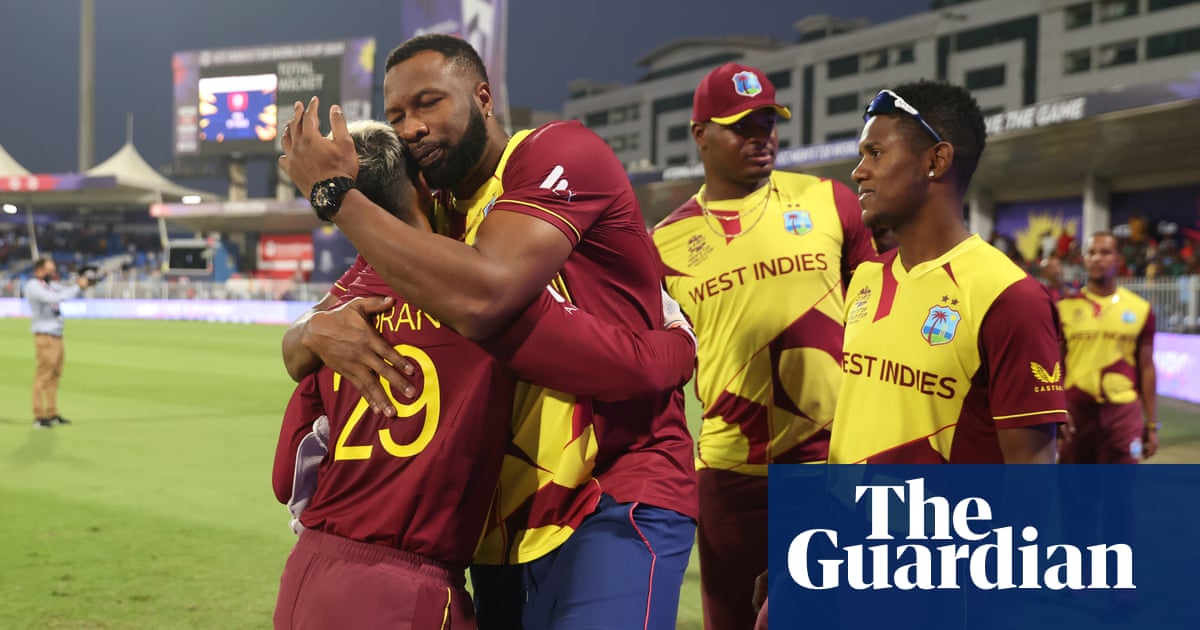 Both sides came into the contest with two defeats from as many matches and Bangladesh needed 13 in Russell’s final over to chase down West Indies’ 142-7 – which was built on Nicholas Pooran’s 40 off 22 balls – on a low and slow wicket at Sharjah.

Russell did not find much support from his fielders, who were guilty of dropped catches and poor ground fielding even in the last over, but still gave away only nine runs and restricted Bangladesh to 139-5. The defeat all but ended Bangladesh’s hopes of advancing to the semi-finals.

Liton Das, who top-scored for Bangladesh with 44, stitched together a 40-run stand with captain Mahmudullah, but his departure to a smart catch by Jason Holder on the boundary rope in the penultimate over hurt Bangladesh’s chances. Mahmudullah remained unbeaten on 31 off 24.

West Indies earlier promoted Chris Gayle to open the innings after dropping Lendl Simmons, but their batting woes continued as the side were reduced to 32-3 after being put in to bat. Captain Kieron Pollard also failed to get going and walked off retired hurt and on the next ball Russell was run out without facing a delivery.

The arrival of Pooran to the crease provided the spark that the innings required and the left-hander smashed spinners Shakib Al Hasan and Mahedi Hasan for two sixes each in his knock. The 26-year-old provided the late flourish during a stand of 57 with Roston Chase, who made his T20 international debut.

Pooran and Chase, who made 39, were out on consecutive balls to seamer Shoriful Islam, but some big hitting from Holder continued West Indies’ late assault. Holder, who came into the squad late as an injury replacement, hit 15 off five as West Indies added 72 in the last six overs. Pollard returned to bat and hit a six on the last delivery of the innings.

Poor catching once again haunted Bangladesh with the side also guilty of dropping three catches on Friday.

‘He’ll be puffing his chest out’: Cummins says Warner in the mood for England