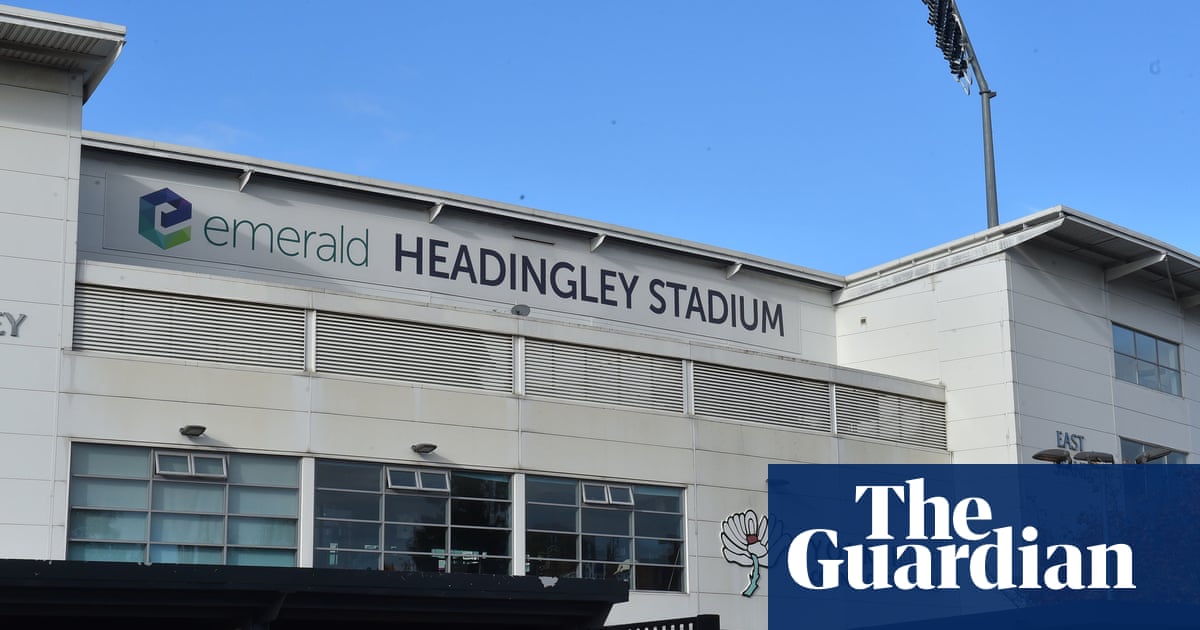 A talented off-spin bowler who captained the likes of Joe Root, Ben Stokes and Jos Buttler at England under-19 level, Rafiq rose through the academy ranks at Yorkshire and had two spells at the club between 2008 and 2018.

In a series of interviews in August 2020, Rafiq divulged that he was the victim of racial harassment during his time at Yorkshire – something which led to suicidal thoughts – and saw the club launch an investigation run by law firm Squire Patton Boggs in response.

The report, which took 12 months to complete and remains unpublished, upheld seven of his 43 allegations and accepted he had faced “racial harassment and bullying”. Yorkshire announced last week that no current employees would face action as a result. Rafiq will give evidence to parliament’s digital, culture, media and sport select committee on 16 November.

A partner at the Leeds-based law firm Clarion, Hutton became chair of Yorkshire in April 2020 – 18 months after Rafiq’s departure from the club – and launched the investigation into the allegations in September that year.

Hutton apologised “unreservedly” to Rafiq when tendering his resignation from the position on Friday and took responsibility for failing to persuade senior management at Yorkshire to take “appropriate and timely action”.

His statement also accused the England and Wales Cricket Board of failing to support the club’s investigation from the outset and bemoaned a culture at Yorkshire that “refuses to accept change or challenge”.

The chief executive of the ECB since 2015, Harrison led the board decision on Thursday evening to suspend Yorkshire from hosting international cricket in response to the club’s handling of the scandal and concerns over its governance and management.

While endorsing Hutton’s decision to step down, Harrison refutes a claim that the ECB refused to help at the outset of the investigation, insisting as the sport’s regulator it could not be part of the panel that oversaw the process. The ECB finally received an unredacted copy of Yorkshire’s report last week and has begun its own deliberations.

Rafiq says he reported his experiences of racism to Arthur, Moxon and Malik at the club at the time of his release in 2018, only weeks after he and his wife’s first child was stillborn. Arthur has been Yorkshire chief executive since 2013 after a previous spell in charge at Nottingham Forest football club. Moxon, a former opening batsman, became Yorkshire’s director of cricket in 2007 and oversaw the club’s County Championship victories in 2014 and 2015. Malik is a nonexecutive director who also serves as chair of Yorkshire Cricket’s equality and diversity committee. None have spoken on the record about the subject since the investigation began.

The former Ashes-winning England captain is accused of telling a group of Yorkshire players with Asian heritage – including Rafiq, Adil Rashid, Ajmal Shahzad and Pakistan’s Rana Naved – that there were “too many of you lot, we need to do something about it” in 2009. Now a prominent pundit with the BBC and a columnist at the Telegraph, Vaughan says he “completely and categorically” denies saying those words. On Friday Naved said he too heard this at the time.

Ballance, who has played 23 Tests for England, admitted on Wednesday to being a player who used racial slurs towards Rafiq. The 31-year-old described Rafiq as previously being his “closest supporter in cricket” and said such exchanges went in both directions as part of a regular “verbal attack” between close friends. In a statement Ballance said: “I am aware of how hurtful the racial slur is and I regret that I used this word in immature exchanges in my younger years, and I am sure Rafa feels the same about some of the things he said to me as well.” Ballance is suspended from representing England until the outcome of the ECB’s investigation.