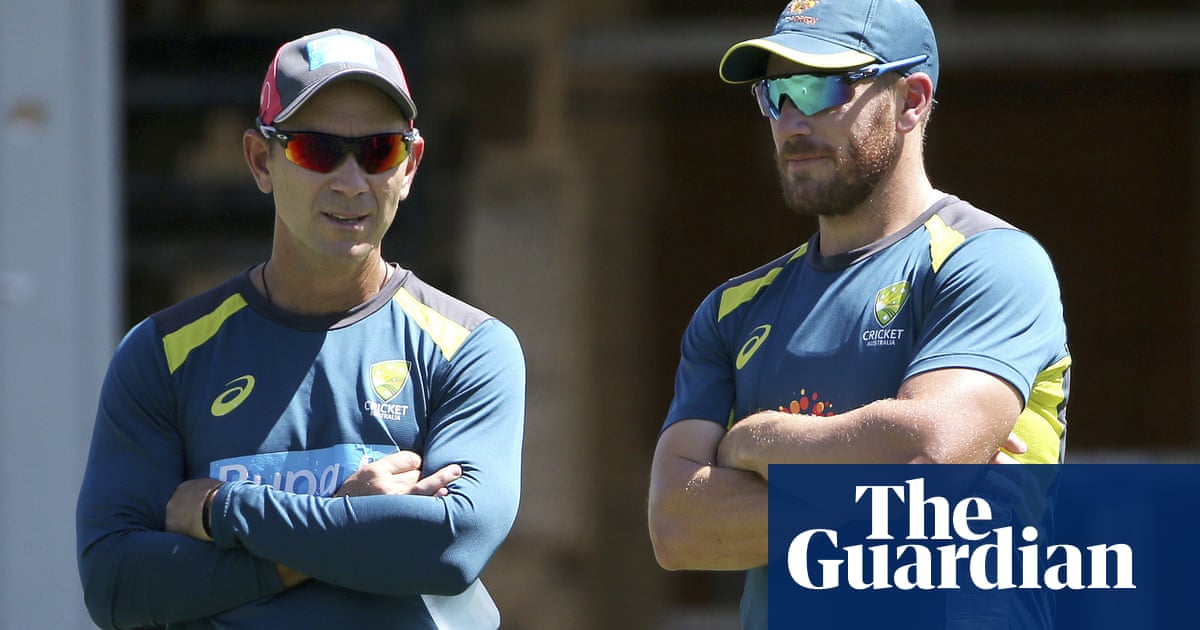 Cricket Australia, formerly reluctant about releasing players for the second phase of the Indian Premier League, has embraced the Twenty20 tournament as the best possible preparation for a World Cup campaign that begins on 23 October.

CA is still mapping out its plan for World Cup stars like Finch and Mitchell Starc, who will not take part in next month’s rebooted IPL, but there is a broad acceptance that domestic cricket will not start in September as scheduled.

The logistical woes come as Finch and Steve Smith continue to recover from knee and elbow injuries respectively after missing a 4-1 series loss in Bangladesh that capped a horror T20 run from their side.

Private unease and public debate about Langer’s intense management style, highlighted by players as a concern in an external review earlier this year, also form part of an unwanted backdrop for Finch.

Finch, having hoped the issue was put to bed at a camp on the Gold Coast earlier this year, noted on Wednesday it wasn’t “a great look” that teammates were leaking details about Langer’s behaviour.

“There’s always tension when results don’t go your way in all sports,” Finch told SEN. “If you get results then things look after themselves more often than not. Any time that doesn’t happen, that all gets amplified.

“It’s disappointing that things are coming to the front the way that they are. It’s just one of those things that will keep popping up, which is disappointing.”

Finch’s words come after former captain Adam Gilchrist told the same radio station that CA should promptly address the issue and ensure it does not “derail the summer”.

Langer and his charges, who initially believed they would be able to leave the hotel to train in Adelaide as part of quarantine concessions similar to those offered last year, have been in hard lockdown since returning home from Bangladesh.

Finch, who recently underwent knee surgery, is adamant Australia can still find a way to click at the one major tournament they have not won.

“Our best is as good, or better, than anyone else in the world,” he said. “When we bring back David Warner, Glenn Maxwell, Steve Smith – we’ve played together over the last eight years, so I’m not too bothered about [preparation in coming weeks].”

Finch predicted he would be able to bat in four weeks, train freely in six weeks, and be ready for the World Cup.