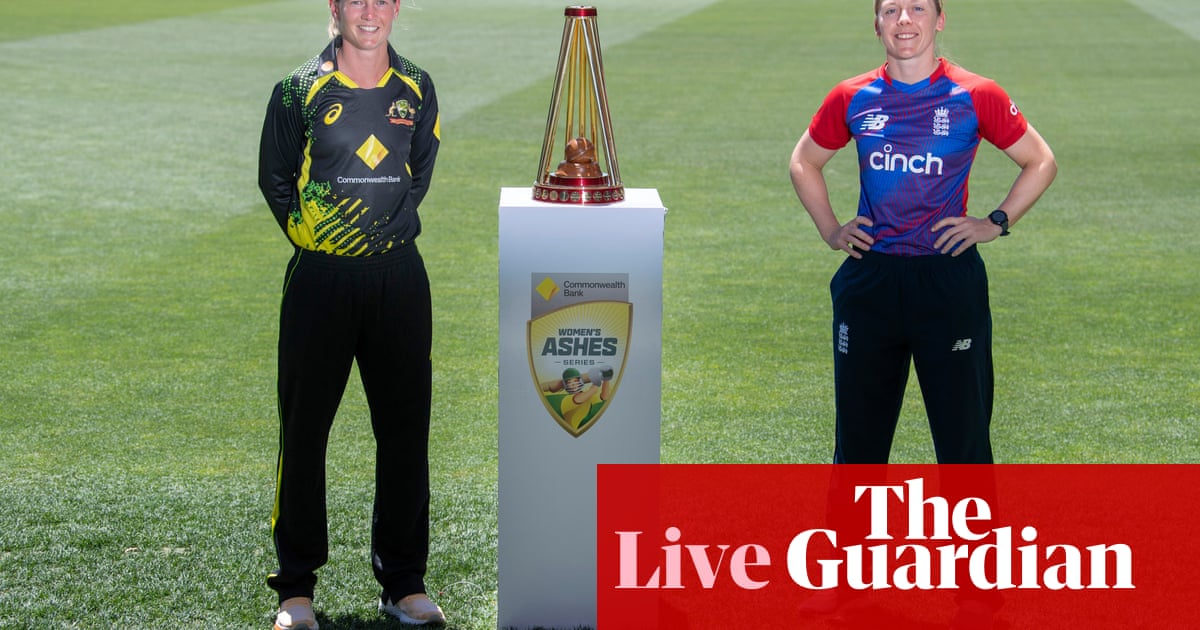 Good morning! And welcome to the first England v Australia Women’s T20 – the crust on the breakfast barm that is the 2022 Women’s Ashes. Two more T20s, a single Test and three ODIs follow, finishing on February 7, something of a rushed meal but a warmly-anticipated one.

England, much as their male counterparts, arrived as underdogs. If anything, though, they are even more undercooked, after a preparation period that even the ever-diplomatic Heather Knight declared “ comical.”

Covid restrictions over Christmas left players relying on their dogs to load the bowling machines and mums to pick up a bat, while the fixtures were brought forward a week to give both teams enough time to complete their quarantine period in New Zealand ahead of the World Cup.

England haven’t won an Ashes series since Charlotte Edwards was in charge in 2014 and Australia, in the swing of their domestic season, and recent winners of the T20 World Cup, have home advantage as well as momentum. They have though been hit by lack of form (looking at you Meg Lanning, Ellyse Perry, Perry,Ashleigh Gardner and Alyssa Healy) and injuries to Beth Mooney, Georgia Wareham and Sophie Molineux.

Fire up the kettle – it promises to be a cracker!