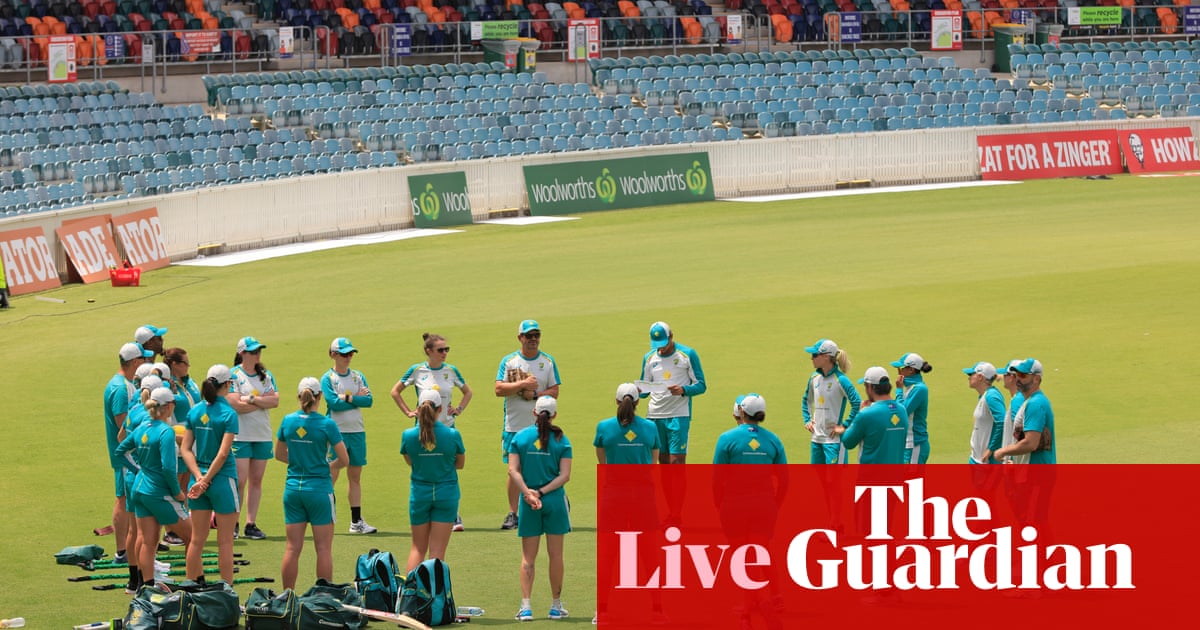 What do have on Tony Greig’s Weatherwall? Fine, it’s just me looking out a window. It is partially sunny. That’s my good news for the day. A warm morning that should become a warmer day, up towards 30 degrees by the end. Lots of scattered cloud around, of an unthreatening type, with some chance of showers at the end of the day.

On a side note, the BoM radar station that covers Canberra is called Captains Flat. Which they will be if it rains.

Hello from Canberra – the nation’s capital, and a monument to compromise. Let us hope there will be no compromising from the two teams set to take the field today, Australia and England in their centrepiece Ashes Test match. If previous matches in Canberra are any guide, it should be a good batting deck, which means plenty of work for the bowlers if they are to produce incisive spells. But predictions are a fool’s errand, so let’s wait and see.

Neither XI has been named before the match, with both captains reserving the right to surprise their opponents. A win here is worth four points in the multiformat series, which Australia leads 4-2 following one T20 win and a couple of washouts. So we’ll have to hope that both teams want to take the game on rather than play it safe with three 50-over matches to follow.

These matches are such big occasions. The players in women’s cricket have had to push to have Tests scheduled at all, and even so get the opportunity rarely to don the whites, take up the red or pink ball, and play for four days. The need for a fifth day has been well displayed by every recent match in this format, but for now we’ll have to make do.

The teams have had limited preparation, but there are exciting players on both sides and they have plenty to play for. Let’s go.

Irish Man Loses His Memory 10 Minutes After Having Sex