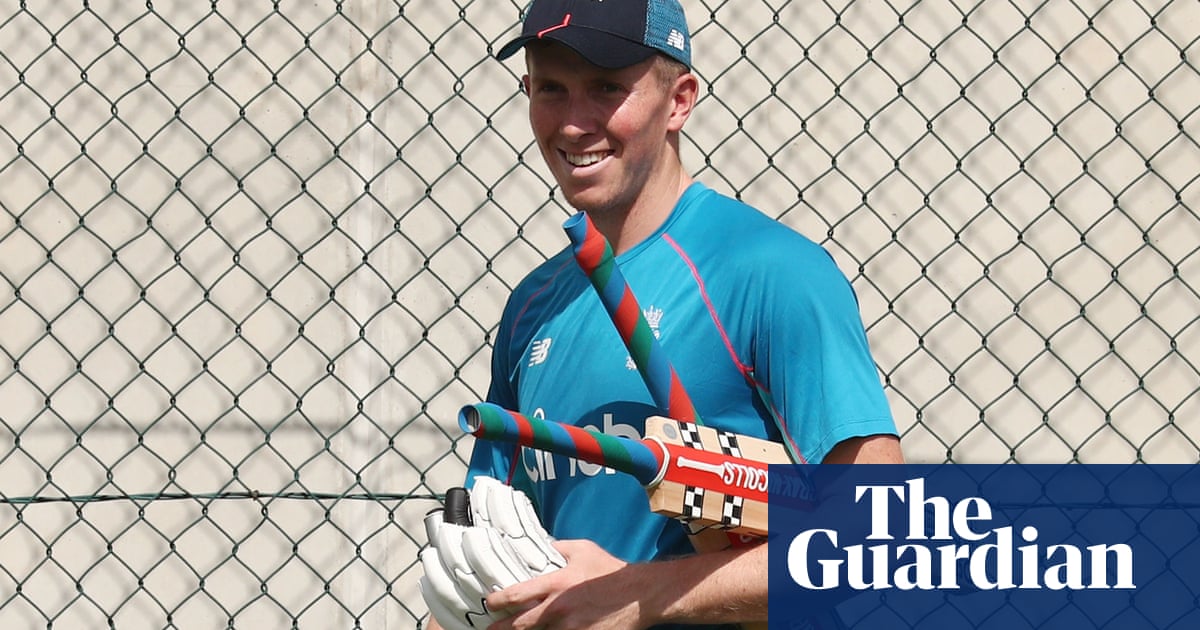 Zak Crawley is poised for a recall on Boxing Day as England ponder up to four changes for the third Test in a bid to halt their faltering Ashes campaign.

The 23-year-old shot to prominence with a six-and-a-half hour 267 against Pakistan in Southampton in 2020, only to be dropped in the summer after an alarming dose of second season syndrome that has returned a Test average of just 11 in 2021.

England renewed Crawley’s central contract in September, however, and have noted the 6ft 5in right-hander’s apparent enjoyment of Australian pitches in the nets and when making 45 for the Lions in the warm-up game. One of Rory Burns or Haseeb Hameed could now make way at the top of the order.

Speaking earlier in the tour, Crawley said: “I feel in a really good place with my batting and if I get the chance I’m fairly confident that I could have a good time over here.”

While both openers have struggled, Hameed initially shaping up well for scores of 25 and 27 in Brisbane only to fail twice in Adelaide, and Burns tormented until a fourth innings 34 in the second Test, another option for Crawley’s deployment would be to replace Ollie Pope and potentially reshuffle the batting order.

However Jonny Bairstow is close to a return in the No 6 position, having been nudged out by Pope on the eve of the series only for the Surrey man to follow an initial 34 at the Gabba with single figures scores amid a troubling struggle against Nathan Lyon.

As well as an expected return for Mark Wood in the bowling attack, the surface at the MCG may demand a spinner and thus a recall for Jack Leach. Chris Silverwood, the head coach, was unrepentant about the lack of a spinner in Adelaide, despite five wickets and plenty of turn for Lyon over the course of his 67 overs.

Who makes way is not straightforward either, with Chris Woakes struggling for impact with the ball yet the only viable No 8 in the squad, as well as England’s third highest run-scorer in the series. If two bowling changes are made, it would mean two of Woakes, Ollie Robinson, Jimmy Anderson and Stuart Broad dropping out.

Australia, meanwhile, are considering a debut for 32-year-old Scott Boland on his home ground in a selection that would see the Victoria right-armer become the country’s second Indigenous Australian men’s Test cricketer after Jason Gillespie.

Though captain Pat Cummins returns, Josh Hazlewood is unlikely to be ready after missing the second Test with a side strain. The fitness levels of fellow seamers Mitchell Starc, Jhye Richardson and Michael Neser are all being assessed after the match went deep into the fifth day. Boland, viewed as an MCG specialist, would offer fresh legs here.