58
Shares
Facebook22Twitter14WhatsApp3Telegram1
Linkedin1Pinterest5Tumblr1
Three cops were shot dead by poachers in a forest in Guna in the early hours of Saturday morning.Guna: Denying claims of an encounter of four poachers in the retaliatory… 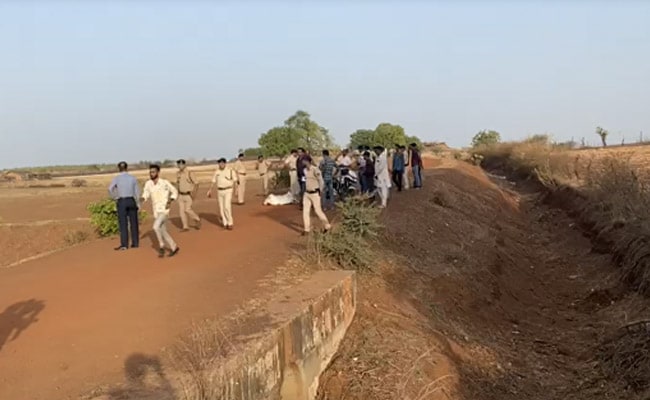 Three cops were shot dead by poachers in a forest in Guna in the early hours of Saturday morning.

Denying claims of an encounter of four poachers in the retaliatory action by the Madhya Pradesh police in connection with the Guna gunfight incident, Superintendent of Police Rajiv Kumar Mishra on Sunday said that two criminals were shot dead while other two have been arrested.

Notably, three police personnel, including a sub-inspector, were shot dead by poachers in a forest in the Guna district in the early hours of Saturday morning. The police party were acting on a tip-off when the gunfight broke out with the criminals.

Speaking to ANI, the SP said that the search for the remaining poachers is on and will be arrested soon.

“Two people have been killed instead of four, while two more were arrested. Search is underway for three others who’re on the run. Our parties have nearly reached them. They will be arrested soon. One among the killed was shot by the police during a retaliatory fire in the forest yesterday evening. He was involved in the gunfire incident,” he said.

Following the shootout, state Home Minister Narottam Mishra had assured of immediate arrest of the culprits.

Notably, the state government, after the incident, decided to remove the Inspector-General of Gwalior for reaching late at the spot.

The Shivraj Singh Chouhan government also announced a compensation of Rs 1 crore each and a government job to the family of three police personnel, who were shot dead.