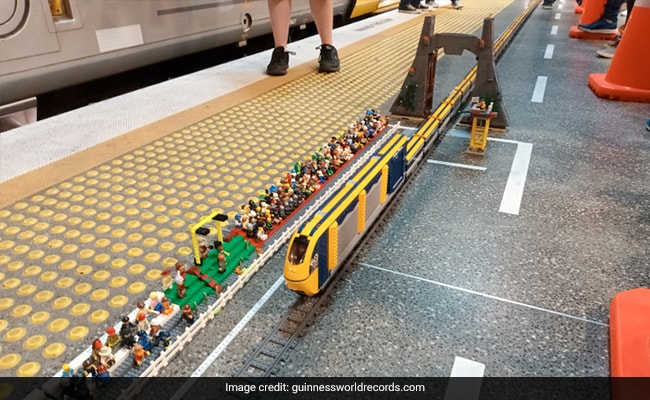 A New Zealand teenager has set a Guinness World Record (GWR) for the most carriages in a Lego toy train. 14-year-old Aucklander Alexander Blong constructed a toy train with 101 cars, with support from the All Blocks Lego User Group, Auckland Transport and Auckland One Rail.

According to GWR, it took Alexander roughly 50 hours to build the 101-carriage locomotive. The record-breaking toy train measured 25 metres long.

In order to break the record, the train had to pull the weight of the trailing carriages along a 10-metre plastic track. It also had to be made with a specific type of Lego, be publicly displayed, captured in one single video and have witness statements from an independent judge.

The 14-year-old made his record attempt back in May, but the GWR officially confirmed his success earlier this month.

Speaking to The Guardian, Alexander revealed that he was inspired by his boredom during COVID-19 lockdowns and the series Snowoiercer to attempt to build the toy train. “I was bored, as most people were, and watching Netflix. There was this show I really liked called Snowpiercer which was about this really long train that goes around the globe,” he said.

Separately, as per GWR, the 14-year-old added that holding a Guinness World Records title was absolutely amazing life achievement. “This is truly incredible and inspires me to dream and create bigger projects. I think being a GWR title holder would also inspire others even though they are young age is no barrier to setting a goal and achieving success,” Alexander added.

The previous GWR for the toy train with the most carriages was 69m set by KK Cariapa, John Seemon and Nexus Mall of India and The Lego Group of Singapore in Maharashtra in 2019, according to Stuff.