58
Shares
Facebook22Twitter14WhatsApp3Telegram1
Linkedin1Pinterest5Tumblr1
Further investigation into the case is underway.New Delhi: Cases of people contracting HIV after getting tattoos have emerged in Uttar Pradesh's Varanasi, prompting warnings from authorities about cheap tattoo parlours.According… 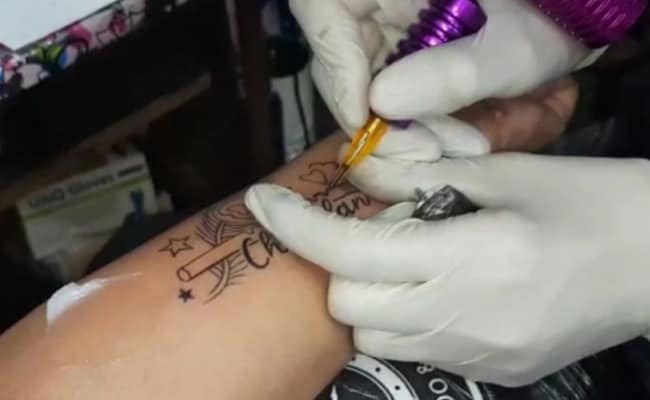 Further investigation into the case is underway.

Cases of people contracting HIV after getting tattoos have emerged in Uttar Pradesh’s Varanasi, prompting warnings from authorities about cheap tattoo parlours.

According to Dr Preeti Agarwal of Pandit Deendayal Upadhyay Hospital, after careful examination and counselling, it was learned that many HIV patients had got tattoos made following which their health started deteriorating. Further investigation into the case is underway.

A 20-year-old man from Baragaon and a 25-year-old woman from Nagma are among 14 people who fell sick. Several tests were conducted including that of viral typhoid malaria but to no avail. When the fever did not come down, HIV tests were done in which all the sick were found positive for the disease.

After examining the details, it was found that none of the HIV positive patients had contracted the disease sexually or through infected blood. The one thing that was common between all the patients was they had all got tattoos made recently.

A probe into the matter also revealed that all the infected persons had got tattoos made from the same person who used the same needle on all of them. According to Dr Agarwal, tattoo needles are expensive so tattoo artists often use the same needles to save money. She advised to always check if the needle is brand new before getting a tattoo.

Body art is not a recent phenomenon. Tattoos and body piercing is very popular among teens and young adults. As the phenomenon continues to grow, many have raised the question of the risks associated with body art.

Considering that both tattoos and piercings involve needles, the risk of contracting diseases is not a farfetched notion.