58
Shares
Facebook22Twitter14WhatsApp3Telegram1
Linkedin1Pinterest5Tumblr1
National Herald case: Sonia Gandhi and Rahul Gandhi were questioned by the EDBhopal: The Madhya Pradesh government will launch an investigation to check whether assets in the state owned by… 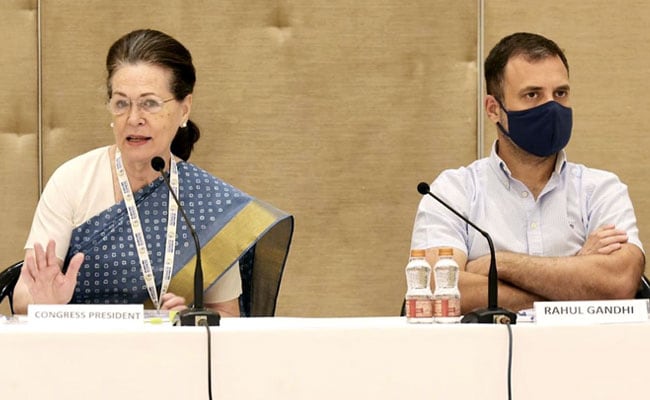 National Herald case: Sonia Gandhi and Rahul Gandhi were questioned by the ED

The Madhya Pradesh government will launch an investigation to check whether assets in the state owned by the newspaper National Herald, linked to the Gandhis, are being used for commercial purposes or the land use was changed, a minister has said.

“It (National Herald properties in Madhya Pradesh) will be investigated. If commercial use is found, then the property being used commercially will be sealed,” state Urban Development Minister Bhupendra Singh said.

The Gandhis face multiple cases in courts over alleged theft of the newspaper’s machines, non-payment of compensation to retrenched employees of Navjeevan, and a suit filed by the Bhopal Development authority, or BDA, which leased land to the newspaper, seeking to revoke the lease.

BDL alleged it found that AJL sold parts of the allotted land to different buyers, and the ownership of those plots also changed several times. As a result, the BDA refused to renew the lease. The site currently has a unit of Vishal Mega Mart and outlets of retail brands including Mangalam and Lotus. BDA cancelled the lease in 2012, and sent notices to take back the land.

The Income Tax Department says this money should be assets of Young Indian shareholders Sonia Gandhi and Rahul Gandhi, for which they should pay tax. The Congress claims Young Indian is a non-profit and so the shareholders cannot make any money from its assets.

The BJP had hit back at massive protests by Congress workers and leaders while Sonia Gandhi and Rahul Gandhi were being questioned. The BJP had said the Congress was not protesting to save democracy, but to save Rahul Gandhi’s properties worth Rs 2,000 crore.

Even today, the Congress will hold protests against rising prices, unemployment and good and services tax, or GST, rate hike, even as the Gandhis face investigation in the National Herald case.