58
Shares
Facebook22Twitter14WhatsApp3Telegram1
Linkedin1Pinterest5Tumblr1
Maharashtra crisis: Eknath Shinde and other Sena MLAs reached Guwahati from Surat.New Delhi: Maharashtra Chief Minister Uddhav Thackeray today said he was "ready to resign if even one of the…

Maharashtra Chief Minister Uddhav Thackeray today said he was “ready to resign if even one of the disgruntled MLAs come forward and demand so”. The Shiv Sena boss spoke shortly after 30 MLAs of his party declared rebel Eknath Shinde as their leader.

“Hindutva is our identity and we are never going to leave it,” said Mr Thackeray after Eknath Shinde claimed that he, along with the MLAs camping with him, will carry Balasaheb Thackeray’s Hindutva.

Mr Shinde, along with other MLAs was staying at a hotel in Gujarat’s Surat following the cross-voting in Maharashtra Legislative Council (MLC) polls and later took a flight to reach Guwahati.

The political impasse in Maharashtra entered its second day today with Eknath Shinde reaching Guwahati from Surat along with scores of lawmakers of the party. Mr Shinde has claimed 46 MLAs are with him and asserted that he will not switch parties.

He had demanded that the Sena restore its alliance with the BJP and jointly rule the state, sources said.

Uddhav Thackeray chaired a crucial meeting of his cabinet virtually after he tested positive for Covid. Shiv Sena has now called a meeting of all MLAs at 5 pm at the Chief Minister’s residence.

Here are the Live Updates on Maharashtra Political Crisis:

Get . UpdatesTurn on notifications to receive alerts as this story develops.

Why No Intel On Sena MLAs’ Flight, Sharad Pawar Asks Minister: (This story has not been created/edited by Unicaus and is auto-generated from a syndicated feed.)s
The sudden flight by a group of Shiv Sena rebels led by Eknath Shinde has brought the Maharashtra government to the verge of collapse.

Mumbai Police, which reports to the Maharashtra government, specifically Home Minister Dilip Walse-Patil of the NCP.

The MLAs took a flight late on Monday night to Surat in BJP-ruled Gujarat.

Was the minister unaware of the movement of the MLAs, whose security details are provided by the police?

“Will be happy if another person from Shiv Sena succeeds me as Chief Minister if I quit,” said Uddhav Thackeray.

“Will quit as chief minister and leave official residence if even one of the disgruntled MLAs says he doesn’t want me as Chief Minister,” said Uddhav Thackeray.

They also say that Bharat Gogavle has been appointed as chief whip of the party and they are still with Shiv Sena .

Several BJP leaders, including Narayan Rane, arrived at Devendra Fadnavis’s residence in Mumbai. They will reportedly be discussing Constitutional provisions and the arithmetic required to stake a claim to form a government, sources said. He was in Delhi yesterday to meet the party’s high command.

Maharashtra Congress president Nana Patole on Wednesday said Chief Minister Uddhav Thackeray has made it clear that there was no proposal to recommend dissolution of the state Assembly.

Patole’s remarks came in the backdrop of reports that the ongoing political developments in the state could lead to dissolution of the Assembly.

Unless the MLAs are back in Mumbai, no decision will be made”: Sanjay Raut on speculation over Uddhav Thackeray resigning

“If you do not attend this meeting at 5 pm today, it will be presumed that you intend to leave the party and your membership is liable to be cancelled under the law,” it reads. 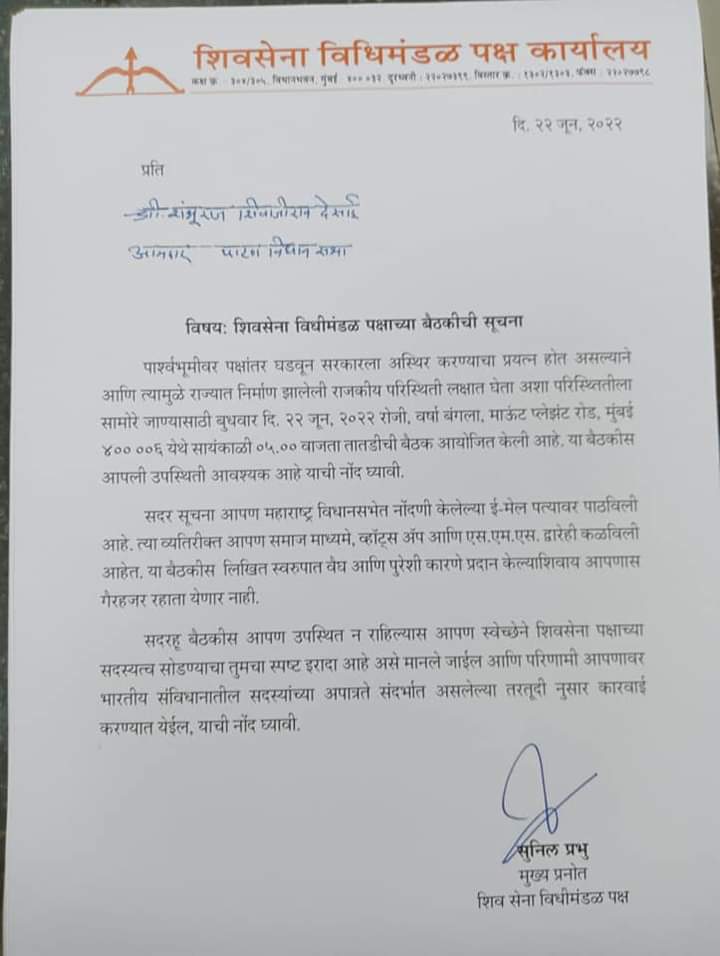 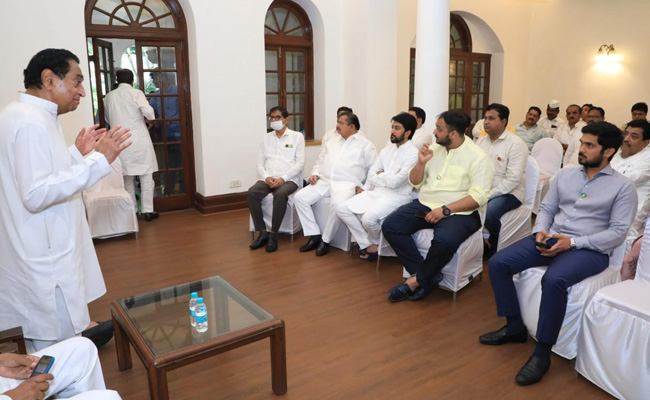 All is well in the NCP. I have no knowledge about Uddhav Thackeray resigning. Pawar saheb is meeting NCP MLAs to know what can be done further: Maharashtra Minister Hasan Mushrif

Sharad Pawar expresses displeasure over no intelligence on Eknath Shinde flying out with MLAs in his meeting with Home Minister Dilip Walse Patil and other NCP leaders: (This story has not been created/edited by Unicaus and is auto-generated from a syndicated feed.)s 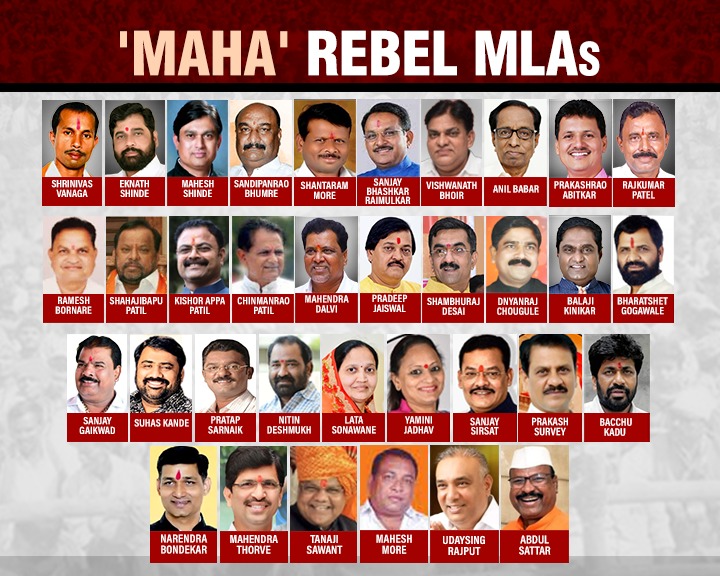 Eknath Shinde is a old party member, he is our friend, we’ve worked together for decades. It’s neither easy for him nor for us to leave each other, said Shiv Sena MP Sanjay Raut

Maharashtra Governor Bhagat Singh Koshyari was admitted to HN Reliance Foundation hospital in Mumbai after he tested positive for Covid-19.

A banner, reading ‘Your arrogance would last 4 days, our kingship is inherited’, seen outside the residence of Shiv Sena leader Sanjay Raut in Mumbai. The banner has been put up by Shiv Sena Corporator Deepmala Badhe. Image credit: ANI 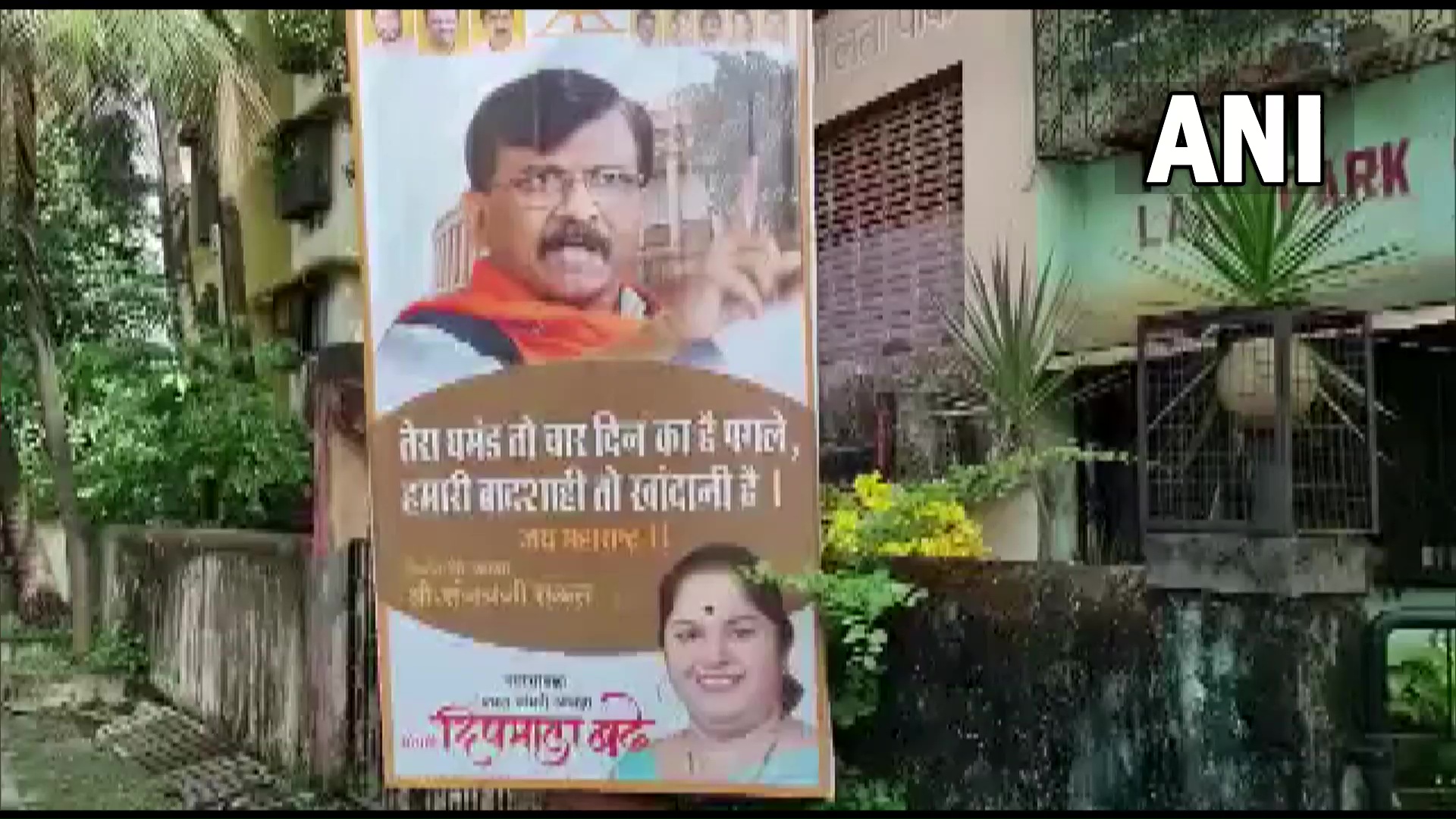 What does the law say on split of a political party in assembly ?

Section 4 of the Tenth Schedule says, “the merger of the original political party of a member of a House shall be deemed to have taken place if, and only if, not less than two-thirds of the members of the legislature party concerned have agreed to such merger”

If Eknath Shinde manages the support of 37 MLAs, his faction can be recognised as a separate party in the assembly, and they cannot be disqualified for defection under the Anti-Defection law.

Regarding split of a political party in regard to the party and symbol:

Election Commission is the adjudicating authority for any disputes within a party. The ECI is the quasi-judicial forum to settle the disputes.

If two factions claim for the party and the symbol, the faction that holds the majority of

1. MLAs, MPs and MLCs
2. Officer-bearers in the top bodies like Rashtriya Karyarini, Pratinidhi Sabha will be recognised as the party and the party symbol will be allotted to that faction.

Upset With How Congress, Sharad Pawar’s Party Function: Rebel Sena MLA
Maharashtra minister Sandipan Bhumare, who is among the dissidents, said they do not have any complaints against the Sena leadership, but they have been upset with the style of function of the Nationalist Congress Party (NCP) and Congress, the other two ruling alliance partners in the state.

The meeting was presided over by Maharashtra Congress-incharge HK Patil. In the meeting, 42 out of 44 Congress MLAs were present, along with party leaders Nana Patole, Ashok Chavan and others.

Shiv Sena came down heavily on the BJP today as it faced a crisis in Maharashtra, with several of its MLAs camping in Guwahati led by state minister Eknath Shinde.

Calling the developments a BJP ploy to topple the three-party coalition government led by Uddhav Thackeray, the party asserted in an editorial in its mouthpiece “Saamana” that such attempts will fail.

Maharashtra Crisis Live Updates: Eknath Shinde Says Over 40 MLAs Are With Him

On his conversation with Chief Minister Uddhav Thackeray, Mr Shinde said, “We will stay in the Shiv Sena – Balasaheb Thackeray’s Shiv Sena. The question of going to another party does not arise.”