60
Shares
Facebook23Twitter15WhatsApp3Telegram1
Linkedin1Pinterest5Tumblr1
Will the welcome, though belated, comments of the Supreme Court on Nupur Sharma and her statement against the Prophet lead, at least now, to the logical step of her arrest? In…

Will the welcome, though belated, comments of the Supreme Court on Nupur Sharma and her statement against the Prophet lead, at least now, to the logical step of her arrest? In a scathing indictment, the Bench in an open court said, “The way she has ignited emotions across the country… This lady is single-handedly responsible for what is happening in the country.”

It was on her petition to club all the FIRs filed in different states against her that the Supreme Court made these comments. She was forced to withdraw her petition. Even weeks after her statement on national television, and even after several FIRs have been filed against her, Amit Shah’s police, so prompt in arresting and harassing Mohammed Zubair, are missing in action as far as Ms Sharma is concerned. The audacity of those in power to extend protection to their own seemingly has no limits.

It is hardly a secret that Mohammed Zubair was arrested and subjected to multiple acts of harassment by the Delhi Police, functioning under the Home Ministry, because he had shared the clip of Ms Sharma’s comments on TV, a perfectly legal and logical step by a fact-checker committed to expose the truth and hate-mongering. The police have tried to mask this vindictive action against Zubair by fishing out a tweet by him in 2018, quoting from a film made by Hrishikesh Mukherjee. For four years after Zubair’s tweet, no “religious sentiments”  were hurt, there was absolutely no grievance from any quarter, and now, suddenly some manufactured social media account files a complaint about this old tweet and the Delhi Police swings into action.

Nupur Sharma had in an interview to OpIndia, a right-wing news portal, named Mohammed Zubair, blaming him for the trolling she was being subjected to including death threats. It is for the Cyber Crime Cell to trace the sources of the death threats she has reportedly received, and to take action against them. Certainly, no one can countenance threats of violence, and action must be taken to stop them. But how is Mohammed Zubair to blame? He just shared what she herself had said on national television and  for which she later aplologised. Now the Supreme Court says her apology was half-hearted and that she should apologise to the whole country. It also commented that it had seen the full video and strongly criticized the tenor of the programme itself. Will the judges also be accused of encouraging death threats? And demonstrations be organised against the Bench? 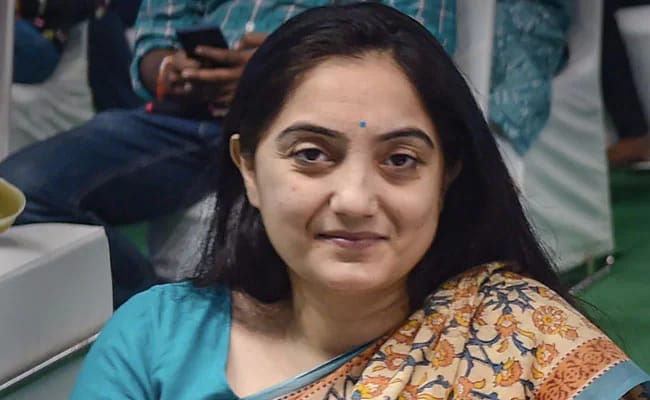 Nupur Sharma’s remarks sparked a massive row and drew a backlash from the Gulf.

The same portal that provided Nupur Sharma a platform to name and blame Zubair has come out openly in a dangerous and deliberate twist to the comments of the court. Soon after the comments, its editorial desk states: “The SC has not stopped at just blaming one woman for violence and murder committed by religious fanatics in the name of Islam” …( nowhere does the Supreme Court mention violence, murder, fanatics or Islam)  and further ” In other words, Justice Surya Kant made it clear that for him, it is Sharma’s fault that she spoke in a manner that ‘provoked’ the Islamists, not the Islamists’ fault who have declared openly to behead anyone who they deem as ‘blasphemous’ (words being attributed to the court which it never spoke), and finally, “Since the Supreme Court has declared that the Udaipur murder, where a Hindu man was killed for just sharing a social media post in Sharma’s support, is Sharma’s fault, it seems that if Sharma herself becomes a victim of violence that Islamists have declared for her, the Supreme Court of this country might actually say that she deserved it.”

This is a bunch of lies to provoke people on communal lines. Surely a case should be filed against such a ‘news’ portal for deliberately communalising the comments of the court. This is more than criminal contempt of court- it is directly provoking a communal response.The reason to give so much space to OpIndia comments is because it illustrates how a false narrative is built and then multiplied. Such outfits enjoy political patronage and finances received through generous advertising from BJP ruled governments.

The court’s comments are not reflected in the final order permitting Nupur Sharma to withdraw her petition. However, an important point is made by the comments which goes beyond the Nupur Sharma case to a more general context of the direct link between hate speech and its consequences. Earlier, the Delhi High Court in a recent order had been more explicit in drawing the links between hate speech and the subsequent violence: “Hate speeches are the beginning point of attacks against the targeted community that can range from discrimination to ostracism, ghettoisation, deportation and even genocide.” This was in a petition filed by this writer against top BJP government and elected functionaries for hate speech. The petition was dismissed because the required sanction for prosecution was not given by the government, which point is being appealed. But the point to be noted is that the links drawn by the court between hate speech as the ” beginning point” of subsequent developments.

There is no doubt that today the “normalization” of hate speech as part of the political agenda of the ruling regime, backed by a clutch of media houses, has seriously vitiated social relations between communities. The “normalization” includes the irresponsible and deliberate silence of top leaders either to condemn hate-based provocative statements, or their refusal to make appeals for peace and harmony. The barbaric and brutal killing of Kanhaiya Lal, and the subsequent release of the most chillingly inhuman video, in a terror act by Muslim extremists reportedly linked to international terror groups, was widely condemned across the political spectrum. The killers were arrested in swift action by the Rajasthan government. However. the widespread outrage was sought to be taken advantage of by groups who marched on the streets of Udaipur shouting slogans in support of Nupur Sharma and carrying her photographs. Did a single BJP leader condemn this? In such a volatile situation, the Chief Minister of Rajasthan made an open request to the Prime Minister to make an appeal for peace and harmony. But his request was met with a deafening silence. The Prime Minister did not speak a single word. 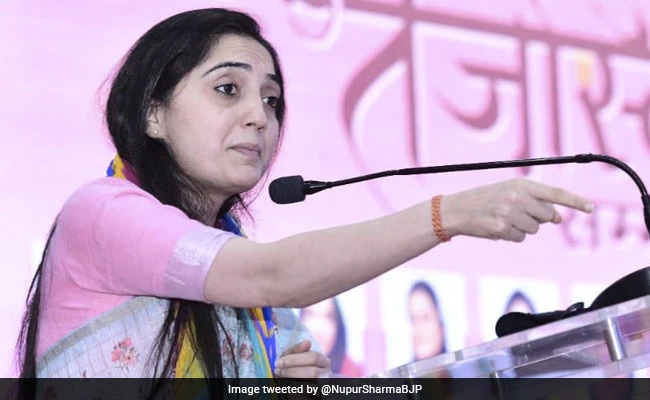 Nupur Sharma had in an interview to OpIndia, a right-wing news portal, named Mohammed Zubair, blaming him for the trolling she was being subjected to including death threats.

On every occasion when the flag-bearers of the Sangh Parivaar make hateful speeches, the top political and government leaders remain silent. It is not just the words, but also the actions, of those in power that have created an environment of hate and suspicion between communities in a diabolical effort of polarizing minds and hearts. While the Supreme Court has rightly made this strong criticism of Sharma and the news channel concerned as well as the Delhi police, it is those in power who must be held responsible for the creation of an environment where such comments can be made at all.

It is a truism that one fundamentalism strengthens the other. But we are seeing the ghastly effects of this across India. While the bulldozer of toxic majoritarian communalism rampages against constitutional guarantees, the reach of Islamicists and their rabid groups make inroads into a beleaguered community. This is a nightmare that India has to deal with,  that India has to awaken from by banishing the darkness that enables its creation. In this, the courts have an important role to play and sometimes, though too rarely, their incisive comments help clear the way such as those made in the case of Nupur Sharma. An appeal has been made to the Chief Justice by Sharma’s supporters for the ” withdrawal of the comments against Sharma. ” it will be a sad day if this happens. The truth cannot be expunged.