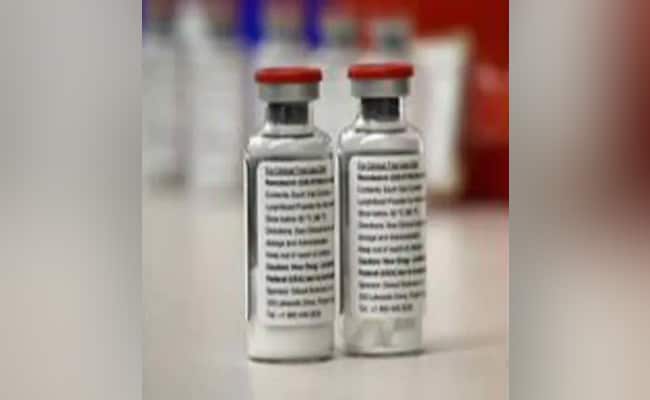 Sajjan Kumar Yadav, IAS, who is serving as the Additional Secretary, Expenditure Department at the Ministry of Finance, wrote a book named India’s Vaccine Growth Story – From Cowpox to Vaccine Maitri. The book was launched on Wednesday at an event attended by Union Finance Minister Nirmala Sitharaman.

Speaking to ANI, Mr Yadav said, “Union Finance Ministry had a huge role in COVID vaccine development and under Prime Minister Narendra Modi’s leadership, the Union Finance Minister approved Mission Covid Suraksha where more than Rs 900 crore was given for vaccine development to vaccine manufacturers, innovators, researchers and scientists which resulted in a large pool of vaccines now available with India.”

Talking about the book, he said the story behind the production of every vaccine is fascinating and should be told to everyone.

“Everyone knows that how vaccines protect us against disease but the story behind every vaccine is also worth narrating. There was a time when scientists develop a vaccine and then used to conduct trials on themselves and other family members. Many know that Edward Jenner invented the vaccine but our country has been practising immunisation since 380 BC and it was called Variolation. It was practised during smallpox. India’s vaccine production has interesting stories. Earlier, we used to import and now we are making 62 per cent of the vaccine in the world. It has great stories and I want them to reach all,” he said.

Elaborating his views on how India became a global leader in vaccine production and especially during the COVID pandemic, Mr Yadav said, “Vaccination started with cowpox and it was derived from cow. Initially, vaccines used to come from England but in a few years, good government policies turned India into a major vaccine producer. Every two out of three children in the world is vaccinated with India-made vaccines. During the lockdown, the world was pinning hopes on India for vaccines.”

“The book also dwells on the changed perception of the world towards a new India, which is leading the globe in many areas. Vaccines are one such sector where India has become an undisputed leader. India now has multiple COVID-19 vaccines in its repository, including the world’s first DNA vaccine which will usher in a new era in the development of DNA vaccines against many diseases,” she said.