58
Shares
Facebook22Twitter14WhatsApp3Telegram1
Linkedin1Pinterest5Tumblr1
India's Oil Import From Russia: Russian barrels were cheaper than Saudi crude during April through June.A fierce battle is brewing in India where Russia has undercut the price of oil… 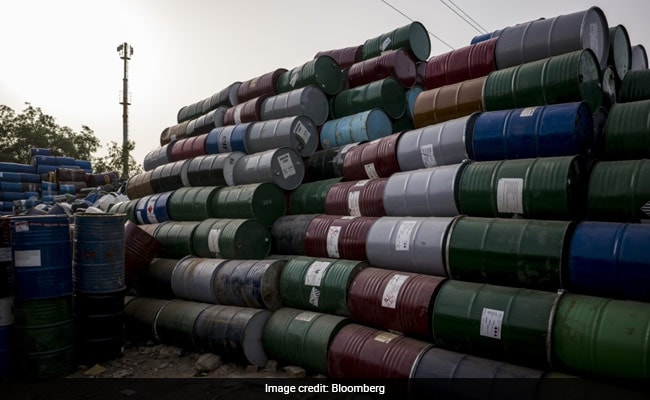 India’s Oil Import From Russia: Russian barrels were cheaper than Saudi crude during April through June.

A fierce battle is brewing in India where Russia has undercut the price of oil from its OPEC+ ally Saudi Arabia, paving the way for Moscow to expand market share in one of the biggest crude importers.

Russian barrels were cheaper than Saudi crude during April through June, with the discount widening to almost $19 a barrel in May, according to Bloomberg calculations based on Indian government data. Russia surpassed the kingdom as the second-biggest supplier to India in June, ranked just behind Iraq.

India and China have become willing consumers of Russian crude as most other buyers shunned its barrels following the invasion of Ukraine. The South Asian nation imports 85% of its oil needs, and cheap supplies provide some economic relief as the country faces elevated inflation and a record trade gap. 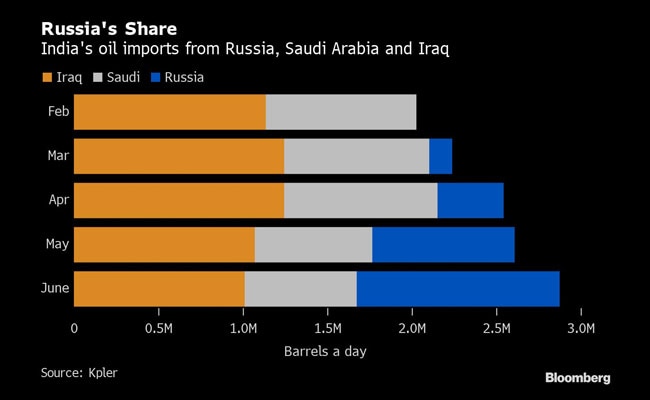 India’s oil import from Russia, Saudi Arabia and Iraq in the past 5 months.

The nation’s crude import bill swelled to $47.5 billion in the second quarter after a surge in global prices coincided with rebounding fuel demand, according to government data. That compares with $25.1 billion in the same period last year, when prices and volumes were lower. Oil has tumbled recently on concerns over an economic slowdown, offering some respite to consumers.

“Indian refiners are going to try and get their hands on the cheapest crude possible that works with their refinery and product configurations,” said Vandana Hari, founder of Vanda Insights in Singapore. “Russian crude fits that bill for now. The Saudis and Iraqis are not entirely losing out because they are directing more supply to Europe.” 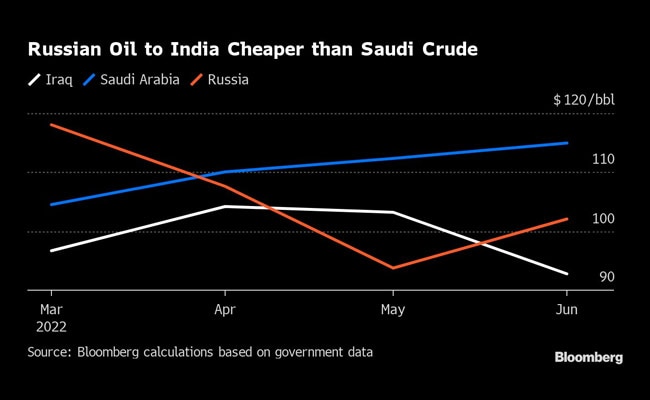 While the discount of Russian oil to Saudi crude narrowed in June, barrels were still around $13 cheaper, averaging about $102. That compares with a premium of just over $13 in March, although most of India’s monthly supply would have been fixed prior to the invasion in late February. The kingdom was the second-biggest supplier to India in 2021, while Russia was the ninth largest.

Iraq was the biggest crude supplier to India and has maintained that spot this year through June. Oil from the OPEC producer was around $9 a barrel higher than Russian barrels in May, but was at a discount in all other months. India’s imports from Russia have surged tenfold since March.