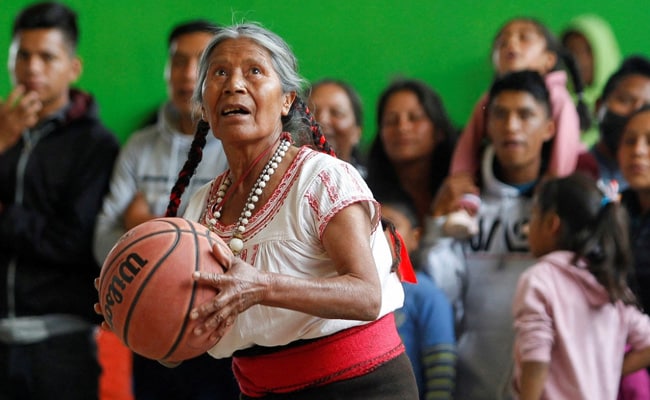 71-year-old Andrea Garcia Lopez is a local artisan in Mexico.

A video of a 71-year-old Mexican woman showing her outstanding basketball abilities has gone viral online.

Andrea Garcia Lopez has been nicknamed “Granny Jordan” by internet users after a video of her dominating the basketball court in her small, remote town of San Esteban Atatlahuca, Oaxaca, surfaced on several social media platforms.

In the clip, Ms Lopez was seen faking out an opponent near the basket to make space for a shot which she expertly scored off the backboard.

According to Reuters, Ms Lopez is a local artisan. She told the media outlet that even though her knee is starting to act up a bit, she still hopes to keep playing for many years to come.

The 71-year-old has become a social media star. Her video has garnered more than one million views since it was uploaded by her grandson. Netizens praised her amazing basketball passing, dribbling and shooting skills.

“She truly is a superstar,” wrote one user. “71-year-old grandmother from Mexico is ready to give some of the stars of the NBA a run for their money,” said another.

Meanwhile, back in June, another video of a 64-year-old Kerala man juggling a football like a pro surfaced on the internet. In the clip, the old man, identified as James, was seen showing great control as he juggled the football on his shoulders and head. The clip was shared on Instagram by user Pradeep.

“I had the privilege of meeting this 64 year old who still plays football. He drives a truck for a living and carries his Football kit with him in his lorry. He was part of the wayanad football team and is the only one who still plays the game. One thing I really learned from him is this- You love doing something? Just go do it,” Pradeep said while sharing the short clip.