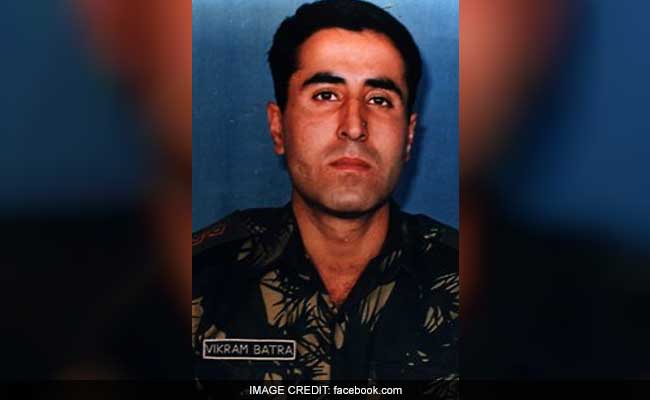 On the occasion of Netaji Subhas Chandra Bose’s 126th birth anniversary, the PM on Monday virtually unveiled the model of a proposed memorial dedicated to Netaji, to be set up in the Union Territory and also named 21 islands after Param Vir Chakra awardees.

The award is India’s highest military decoration, which is awarded for displaying distinguished acts of valour during wartime.

“Thank you Hon. PM @narendramodi  ji for renaming 21 islands of #AndamanNicobar in the names of the 21 #ParamVirChakra awardees, the true heroes of our Nation, on the 126th Birth Anniversary of the great #NetajiSubhasChandraBose. So proud! #JaiHind #ParakramDivas,” he wrote on Twitter.

Ajay Devgn, who essayed the role of Lt. Manoj Kumar Pandey in 2003 movie “LOC: Kargil”, said the decision assures that the sacrifice these soldiers made will continue to inspire generations.

“The decision to name an island after Capt. Manoj Kumar Pandey (Param Vir Chakra) is assuring that the example of supreme sacrifice for the motherland he left us with will continue to inspire generations to come. Thank you PM @narendramodi Ji.#IndiaHonoursParamveers,” he wrote on Twitter.

“The very news that an island in Andaman & Nicobar is named after our hero Capt. Vikram Batra leaves me with goosebumps! My heart swells with pride that I was fortunate to live his role on screen. This step taken by PM  @narendramodi ensures that Shershaah lives on forever,” he tweeted.

The proposed memorial of Netaji, whose model the prime minister inaugurated on Monday, will be set up on Ross Island, which was renamed as Netaji Subhash Chandra Bose Dweep in 2018.

It will have a museum, a cable car ropeway, a laser-and-sound show, a guided heritage trail through historical buildings and a theme-based children’s amusement park, besides a restro lounge, an official said.

Law Minister’s Big Remark On Judges Amid Centre vs Judiciary