59
Shares
Facebook23Twitter14WhatsApp3Telegram1
Linkedin1Pinterest5Tumblr1
Manikanth Kondaveeti has been missing for two weeks, his brother said.A 28-year-old man's solo trip to Azerbaijan has turned into a nightmare for his family in India. Manikanth Kondaveeti, who left India on April 26, has been missing for over two weeks now. According to his family, the first sign of trouble came when Mr… 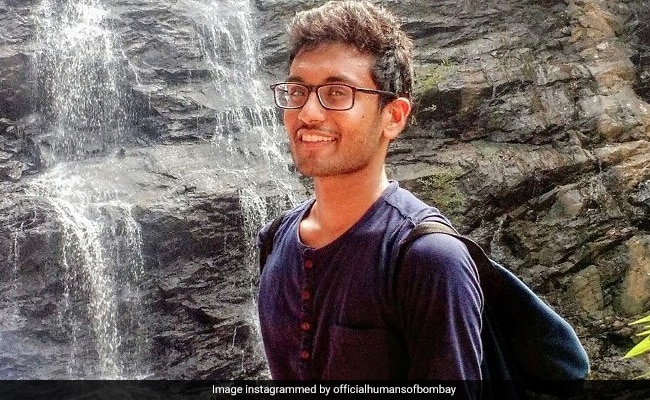 Manikanth Kondaveeti has been missing for two weeks, his brother said.

A 28-year-old man’s solo trip to Azerbaijan has turned into a nightmare for his family in India. Manikanth Kondaveeti, who left India on April 26, has been missing for over two weeks now. According to his family, the first sign of trouble came when Mr Kondaveeti failed to respond to the family’s WhatsApp messages on May 12, and thereafter.

Speaking to Instagram page Humans Of Bombay, his brother Dharan Kondaveeti narrated the ordeal that the family has been through over the fortnight.

Sharing a bunch of pictures of Manikanth, Dharan says, “The boy you see in the photo is my bhai, Manikanth and he’s been missing for the past two weeks…I haven’t been able to eat or sleep… all I think about is, ‘Where is he?’”

Speaking about their bond, Dharan says Manikanth is not only his brother but also his best buddy. “He taught me how to play cricket and football, and got me addicted to computer games; Mom and dad would get mad seeing us on our computer for hours,” he recalls.

They also had each other’s back, Dharan says, adding, “Once, when bhai failed in one of his subjects, he came back home stressed and said, ‘Maa will kill me!’ I hid his report card and told Maa, ‘Report card nahi mila!’ (We did not get the report card),” adding that they remained close despite moving to different cities for college.

Speaking about Manikanth’s trip to Azerbaijan, Dharan says, “Bhai‘s a traveller — I loved hearing about his adventures! So, when bhai told me he’s going on a solo trip to Azerbaijan; I was excited. A day before leaving, he came to Delhi to stay with me – we went for dinner. Next morning, I dropped him to the airport and said, ‘Next time, I’ll come too.’”

Manikanth, who left India on April 26 would “spam” the family with pictures and take them on virtual tours. They spoke every day till May 12 but then things changed.

“12th May, 7 pm was the last time we spoke. I messaged him later but it didn’t deliver. I pacified myself saying, ‘Maybe he has no network’,” he explains.

But attempts to contact Manikanth failed day after day. “We tried contacting him the following day and the day after…no response. I knew something was wrong — bhai always kept in touch,” Dharan says.

The family then contacted the Indian embassy in Azerbaijan. “They (the embassy) said, ‘He might be in the hills.’ They assumed he was gallivanting and asked us not to worry. But how could we not?” asks Dharan. “We contacted everyone in the embassy until one said, ‘We’ll send a search party.'”

The next day, Manikanth’s luggage was found at the hotel. “We accessed his Google account and found his location details for the 13th morning; he was at a hut on the outskirts of the city…that scared me,” Dharan states.

Speaking about their continued efforts to find his brother, Dharan says, “We’ve contacted everyone – Chief Minister, Home Minister and the PM; we even circulated his pictures — we’re doing our best to find him. Every time Mom’s phone buzzes, she thinks it’s him. I keep praying that bhai calls and says, ‘I’m here only.’ I know bhai is coming back; he has to.”

Dharan has also requested the public to help the family find Manikanth by signing a petition.

He has also requested those who know people in Azerbaijan to help look for his brother. “We’ll be forever indebted to you,” Dharan says at the end of the note.

The transcontinental country of Azerbaijan is located at the boundary of Eastern Europe and Western Asia. Its capital, Baku, is known across the world for its medieval walled Inner City.