58
Shares
Facebook22Twitter14WhatsApp3Telegram1
Linkedin1Pinterest5Tumblr1
Managers' fears about idle workers are creating "productivity paranoia, Satya Nadella said.More than two years after remote work and hybrid jobs became widespread, there's still a stark divide over how it's going: About 85% of managers worry they can't tell if employees are getting enough done, while 87% of workers say their productivity is just… 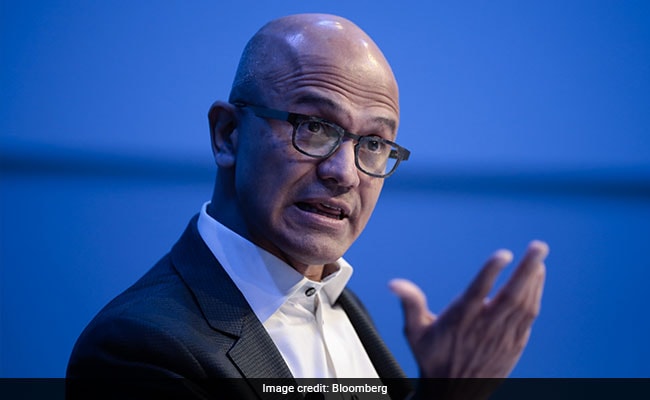 More than two years after remote work and hybrid jobs became widespread, there’s still a stark divide over how it’s going: About 85% of managers worry they can’t tell if employees are getting enough done, while 87% of workers say their productivity is just fine.

That was the finding of a survey on corporate attitudes by Microsoft Corp., the workplace software giant and owner of LinkedIn. Managers’ fears about idle workers are creating what Microsoft Chief Executive Officer Satya Nadella calls “productivity paranoia,” with undesirable results-like spying on employees.

“Leaders think their employees are not productive, whereas employees think they are being productive and in many cases even feel burnt out,” he said in a Bloomberg Television interview. “One of the most important things for us in this new world of work and hybrid work is to bridge this paradox.”

Microsoft has been surveying global employees in a variety of industries a few times a year during the pandemic-the latest data polled 20,000 people in 11 countries-aiming to track trends and adjust its technology to fit the needs of customers.

The data has continually showed a disconnect between managers and the rank and file, and Microsoft has been offering tools like its Viva employee experience software to bridge the gap. Viva now has more than 10 million active monthly users at companies like PayPal Holdings Inc. and Unilever Plc, which use it to help teams align their goals and stay in touch.

But even though new communication tools are putting bosses in closer contact with employees, Microsoft wants executives to know that workplace surveillance is not the answer to boosting productivity.

“There’s a growing debate about employee surveillance, and we have a really strong stance-we just think that’s wrong,” said Jared Spataro, a Microsoft vice president. “We don’t think that employers should be surveilling and taking note of the activity of keystrokes and mouse clicks and those types of things because, in so many ways, we feel like that’s measuring heat rather than outcome.”

Microsoft itself has had to adjust and dial back some features in its workplace products because they enabled this kind of behavior. In 2020, the company made changes to its Productivity Score feature, which privacy advocates complained made it too easy to snoop on individual workers.

Other pandemic work trends, like mass quitting, seem to be petering out. For the first time in 18 months, what LinkedIn and Microsoft dubbed the “Great Reshuffle” and others called the “Great Resignation” is slowing. The year-over-year growth in people changing jobs on LinkedIn is now flat, according to Ryan Roslansky, who runs the service. And more job listings are for in-person roles.

Many senior corporate leaders are longing to return to the pre-pandemic days of in-person work, Spataro said. But Microsoft still recommends a flexible approach.

“People come to work for other people, not because of some policy,” Nadella said.