59
Shares
Facebook23Twitter14WhatsApp3Telegram1
Linkedin1Pinterest5Tumblr1
On Thursday, the Supreme Court ordered one-year "rigorous imprisonment" for Navjot SidhuNew Delhi: Congress leader Navjot Singh Sidhu today surrendered in a court in Punjab's Patiala, a day after the Supreme Court sentenced him to one year in jail in a road-rage incident in which a man was killed 34 years ago. He had earlier…

Congress leader Navjot Singh Sidhu today surrendered in a court in Punjab’s Patiala, a day after the Supreme Court sentenced him to one year in jail in a road-rage incident in which a man was killed 34 years ago. He had earlier requested a few more weeks to surrender on health grounds.

Lawyer Abhishek Manu Singhvi, who appeared for Navjot Sidhu in the Supreme Court, was told by Justice AM Khanwilkar to approach the Chief Justice of India NV Ramana. But the “matter could not be mentioned before the Chief Justice”, said Mr Sidhu’s team.

Mr Sidhu had yesterday tweeted after the order that he would “submit to the majesty of law”.

On Thursday, the Supreme Court ordered one-year “rigorous imprisonment” for the cricketer-turned-politician, who recently quit as Punjab Congress chief after his party’s defeat in the state election. 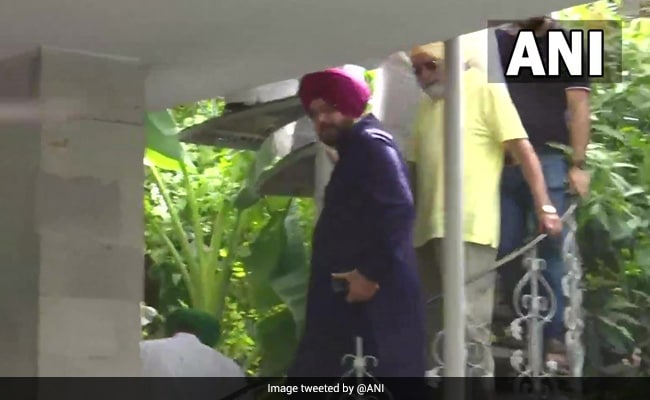 Navjot Singh Sidhu on his way to Patiala court to surrender

Mr Singhvi replied: “I am saying I will surrender. It’s your discretion to consider.”

Justice Khanwilkar said: “Place a formal application and we will see. File this and mention it before the Chief Justice’s court, then we will see.”

The Supreme Court yesterday gave its ruling on a petition by the family of a man who died after a brawl with Mr Sidhu and his friend in 1988. The family had asked for a harsher sentence and a review of a 2018 order of the Supreme Court acquitting him of murder.

On December 27, 1988, Mr Sidhu got into an argument with Gurnam Singh, a resident of Patiala, over a parking spot. Mr Sidhu and his friend, Rupinder Singh Sandhu, allegedly dragged Gurnam Singh out of his car and hit him. He later died in hospital.

Mr Sidhu was accused by an eyewitness of killing Gurnam Singh with a blow to the head.

The Supreme Court in 2018 ordered Mr Sidhu to pay a fine of Rs 1,000 rupees for voluntarily hurting a person.

However, the court, reviewing its own order, said it considered it “appropriate” to jail Mr Sidhu, saying “some aggravated culpability” must be attached if a person dies.

“In addition to the fine imposed, we consider it appropriate to impose a sentence of imprisonment for a period of one year rigorous imprisonment,” the Supreme Court said.

Mr Sidhu was acquitted by a local court in 1999 over lack of evidence, but was convicted of culpable homicide by the High Court in 2006 and sentenced to three years in jail.

Mr Sidhu had filed an appeal in the Supreme Court, which reduced his sentence and dismissed the case after ordering the former cricketer to pay a fine, saying the incident was 30 years old and Mr Sidhu had not used a weapon.

But the family of the victim filed for a review of the 2018 judgment.

“A disproportionately light punishment humiliates and frustrates a victim of crime when the offender goes unpunished,” the Supreme Court said.

Video: Woman’s Gesture On Meeting Rahul Gandhi After Waiting All

Man in Florida calmly plays golf as alligator approaches from

Police Case Over Hate Slogans At Gurgaon Rally Against Udaipur