58
Shares
Facebook22Twitter14WhatsApp3Telegram1
Linkedin1Pinterest5Tumblr1
The Supreme Court's response comes a week after the strong remarks of the Vice President.New Delhi: The Supreme Court's unprecedented step of making public its communication with the Centre on judges' elevation was taken after four days of deliberation, sources have told NDTV. Chief Justice of India DY Chandrachud had conferred not only with brother… 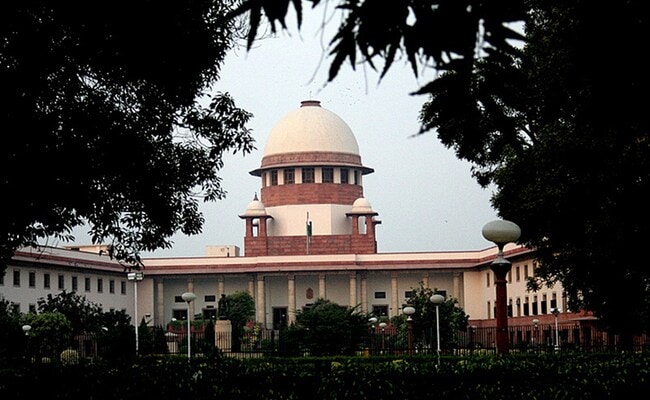 The Supreme Court’s response comes a week after the strong remarks of the Vice President.

The Supreme Court’s unprecedented step of making public its communication with the Centre on judges’ elevation was taken after four days of deliberation, sources have told .. Chief Justice of India DY Chandrachud had conferred not only with brother judges of the Collegium that decides on judges’ appointments, but also the judge who is expected to succeed him, sources said.

There has been no response yet from the government, which is trying to have a bigger role in judges’ appointment. The back and forth, on for years, has escalated into a full-blown government versus judiciary debate.

In the three letters uploaded on Thursday, the court has revealed the reasons for objections of the Centre and the intelligence agencies and its own response to it.

(This story has not been created/edited by Unicaus and is auto-generated from a syndicated feed.)s said in a series of meetings over the last four days, the judges decided to bring the entire issue before the public. It was also decided that the Collegium will re-recommend the elevation of lawyers Saurabh Kirpal, Somasekhar Sundaresan and R John Sathyan.

On Wednesday, the three judges who signed the letters — Chief Justice DY Chandrachud and Justices SK Kaul and KM Joseph — had a meeting. A follow-up meeting was held this morning before the letters were uploaded on the Supreme Court website.

The recommendation to elevate the three candidates to the Delhi, Bombay and Madras High Courts got a thumbs down from the Centre in November. The top court revealed that the Centre’s objections in case of Saurabh Kirpal was about his sexual orientation and the foreign nationality of his partner.

The other two candidates — Somasekhar Sundaresan and R John Sathyan — were rejected because of their social media posts. One of them, Mr Sathyan, shared an article critical of Prime Minister Narendra Modi, among other things. The other, sources said, expressed contrary opinions about the Citizenship Amendment Act.

The top court’s move comes a week after the strong remarks of Vice President and Rajya Sabha chairman Jagdeep Dhankhar, who so far had been vocal about the scrapping of the National Judicial Appointments Act.

This time, Mr Dhankhar had questioned the historic 1973 Supreme Court judgment on the Kesavananda Bharati case and the resulting basic structure doctrine on the Constitution. “Today this one-upmanship and public posturing from judicial platforms are not good. These institutions must know how to conduct themselves,” he had said.

The debate on executive versus judiciary has spiked over the issue of judicial appointments, where the government is pushing for a bigger role. Over the last years, the government has repeatedly objected to names chosen for elevation by the Supreme Court. In November, it returned the names of 19 candidates — a list that included the three lawyers from Delhi, Bombay and Madras High Courts.

There has been pushback from the top court, which said the Collegium system is the “law of the land” which should be “followed to the teeth” till another law comes in and survives constitutional scrutiny. A bench headed by Justice SK Kaul had also asked the Attorney General to advise constitutional authorities to refrain from making statements on the Collegium system.

On January 16, Union Law Minister Kiren Rijiju wrote to Chief Justice Chandrachud, saying the Collegium should include government representatives. This will “infuse transparency and public accountability”, the Law Minister wrote.