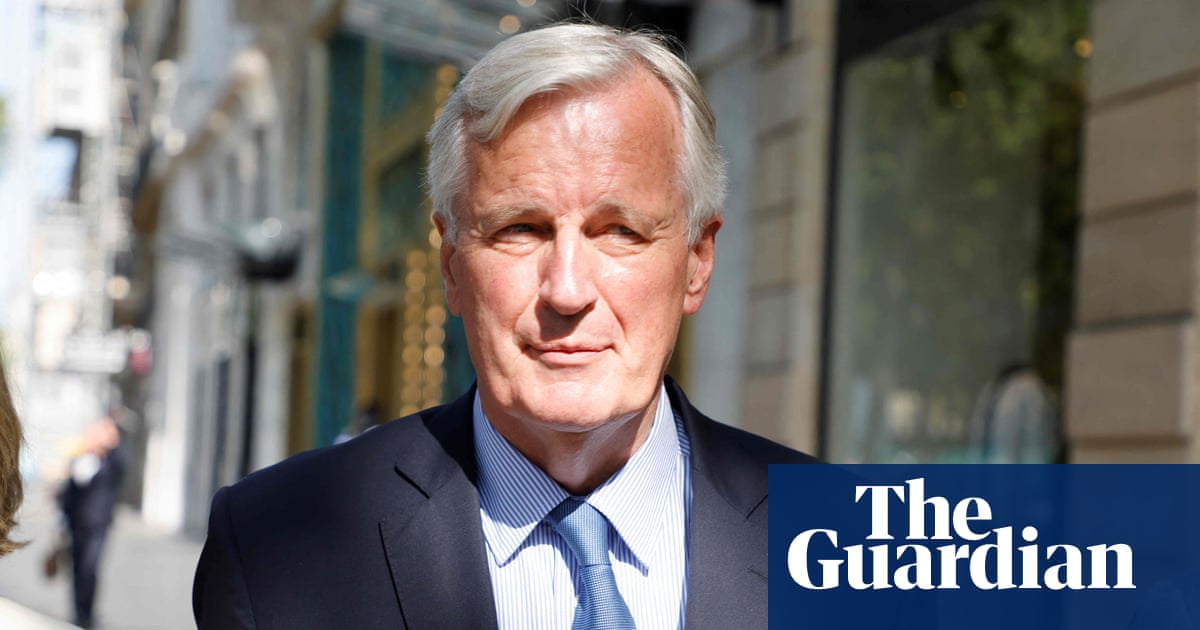 This week’s declaration by Michel Barnier, the former EU chief negotiator on Brexit, that he aims to run for French president has added to the uncertainty of a crowded field of candidates competing to represent the traditional right in next spring’s election.

The rightwing Les Républicains, the party of the former president Nicolas Sarkozy, is facing an increasingly complex battle to identify a 2022 presidential candidate to rival the centrist Emmanuel Macron and the far-right Marine Le Pen, who, polls currently show, could once again face one another in the final.

Barnier has joined a long list of politicians vying to be chosen as the candidate for the French right.

The former EU commissioner, 70, is presented by his close allies as a veteran of consensus politics who seeks to unite the right and “reconcile” a divided France that has been hit by voter disillusionment and abstention, as well as street protests like the gilets jaunes movement and the current demonstrations against the Covid health pass.

But although Barnier’s role in Brexit negotiations earned him respect among bureaucrats and diplomats as a skilled backstage operator, he is not a household name in France.

Despite his long political career – which began aged 14 when he campaigned for Charles de Gaulle’s 1965 presidential run and saw him later serve in local politics in the Alps as well as in parliament and government – his image in France remains professorial and slightly austere.

Barnier, a grandfather, has seen the French media question whether at 70 he could compete against France’s youngest postwar leader, Macron, who has already poached voters from the pro-European centre-right base that Barnier is seeking to appeal to.

Les Républicains have until late September to decide whether to hold an open primary vote to choose a figurehead. Next year’s presidential election is seen as open to surprises and challenges that could upset the forecast Macron-Le Pen final. But to stand a chance, the traditional right would have to unite behind one single candidate.

Barnier, who defines his political stance as “patriot and European” this week set out his views as “restoring the authority of the state” as well as controlling immigration. He did not say whether he would agree to stand in a potential primary race for the Les Républicains party.

So far, the key player in a Les Républicains primary race would be Valérie Pécresse, head of the wealthy Île-de-France region outside Paris and a former budget minister under Sarkozy. She has said it is time for a female candidate, is currently polling higher than Barnier and is better known.

But the row over choosing a candidate is being dominated by Xavier Bertrand, another former minister under Sarkozy, who now leads the north-eastern Hauts-de-France region. He is polling slightly above Pécresse, and as he campaigns across France to win over working-class voters, he argues that he is the only political heavyweight who could beat Macron and Le Pen. He has declared he will run for president come what may and refuses to take part in a party primary race.

Laurent Wauquiez, a young former party leader, this week warned against “further divisions” saying “presidential candidates on the right are multiplying at a worrying rate”. He said he would not run himself.

Meanwhile, the Socialist party will meet this weekend with its leader supporting the mayor of Paris, Anne Hidalgo, for presidential candidate.

The Socialists are yet to define how and when they would vote to approve Hidalgo running.

The leftwing vote is currently split between several potential candidates, including the hard-left Jean-Luc Mélenchon who will definitely run, and the Greens, who will choose their candidate in September.

Macron is unlikely to announce a re-election bid until early next year. Le Pen has already declared she will run.