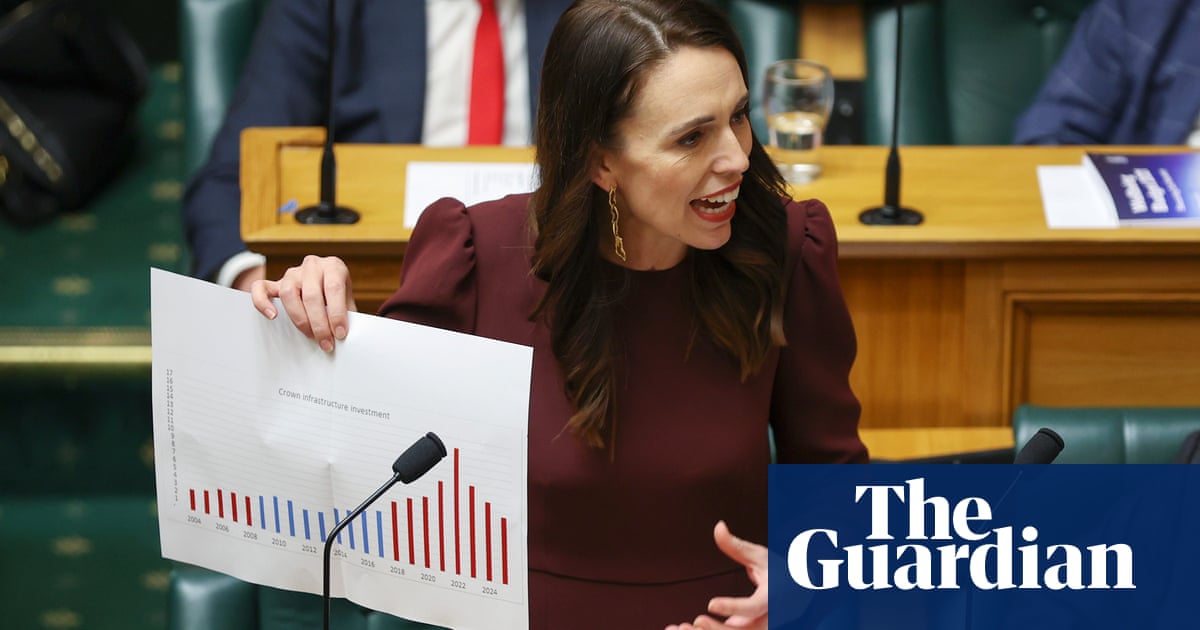 When she came to power, the prime minister, Jacinda Ardern, grabbed international headlines for her commitments to national wellbeing and solving social issues such as child poverty, homelessness and the mental health crisis. Until now, progress on many of those hallmark issues has been plodding – or at times non-existent – making critics sceptical of whether the rhetoric on wellbeing had lined up with reality. The budget will be welcomed by progressives, as evidence the government is following through on assistance for the country’s most vulnerable.

A multibillion-dollar income boost for impoverished families was a headline item in the country’s new budget, announced on Thursday. Ardern’s government looked to harness the momentum of a better-than-expected Covid recovery to spend big on social problems.

“It’s an example of the ‘two birds, one stone’ plan we are following to emerge from Covid stronger than we went into it, by acting now to solve New Zealand’s long-term issues,” Ardern said in her written remarks.

Associate housing minister and Green party co-leader Marama Davidson told the Guardian using welfare as a stimulus for Covid recovery could be a pathway for many countries. “For us this is not hard,” Davidson said. “This is absolutely the sort of economic transformation that should be the centrepiece of any recovery.” Ensuring those on low incomes “had enough to live in dignity”, she added, “is one of the most localised economic stimulus packages you could ever have”.

These changes, Robertson said, were “righting a wrong”. They would return welfare support to the levels they had been before New Zealand’s famous austerity measures of 1991, known as the “mother of all budgets” – which had significantly cut unemployment, sickness benefits, and universal payments to families, and heralded erosion of New Zealand’s welfare state.

This year marked the first budget where the centre-left Labour party has held a full majority in New Zealand’s parliament – making it the first chance Labour has had to show their agenda without having to take other parties’ views into account, said Lara Greaves, politics lecturer at University of Auckland.

The latest spending on reducing child poverty may still struggle to overcome rising housing costs and embedded deprivation, but experts say it puts the Ardern-led government on track to meet its own child poverty targets. Those targets include reducing the proportion of children living in material hardship from 13% to 5% by 2027, and to reduce children living in low-income households after housing costs from 23% to 10% – a reduction of around 130,000 children. This year’s budget spending would carry New Zealand around halfway to that goal, but it will still have a substantial way to go over the next six years.

Child poverty is solvable, if we continue to have the will to do it.

Children’s commissioner Andrew Becroft said much more was needed to significantly improve children’s lives in the short term, and to meet poverty targets in the future. He said that while the raises put the government on track to meet its targets of halving child poverty, that target was “not ambitious, it’s a baseline – we could do more”. And to sustain its progress, the government would have to continue with similar-sized commitments in the coming years.

“After decades of tolerating child poverty and hardship … It’s great to see the government setting the direction for progress,” Becroft said. “Child poverty is solvable, if we continue to have the will to do it.”

Max Rashbrooke, a researcher and writer on economic inequality in New Zealand, said meeting the child poverty targets over seven years would require “new spending on child poverty that is over a billion dollars a year, on top of [previous years of government spending on] the families package.” He said the spend announced on Thursday was “short of what it needed to be,” but “it is good – it takes courage.”

As New Zealand’s government decreases the overall portion of children living in poverty, it also faces the challenge of families living on the hard edge of deprivation. They are more likely to be in debt from previous years of deprivation, and parents may be tangled in other complex social problems such as addiction, homelessness or incarceration. “The further you get toward the child poverty target, the more you’re trying to help people who are in quite deep poverty – they need more money to be lifted over the poverty line than the first tranche for people who you lifted over,” Rashbrooke says. “The families are both poorer and more likely to be experiencing multiple forms of disadvantage, all those accumulating things that just tend to drag you back down into poverty even if you’re trying to escape.”

Little for housing and climate crisis

Also complicating the picture is the spectre of rent increases in New Zealand’s continuing housing crisis. By the end of 2020, median rent in New Zealand had increased 21% from five years earlier – a cost that low-income families in particular struggle to absorb.

Rents in Auckland, New Zealand’s most populous city, and Wellington, its capital, both hit all-time highs in February. Without regulation of rent rises, Becroft said, increases to benefits could be gobbled up by rising housing costs.

And while the focus of the budget was firmly on welfare, two of the country’s biggest social problems – the housing crisis and climate change – had little in the way of brand-new spending.

Most of the government funding to address the housing crisis had already been revealed in a suite of billion-dollar measures unveiled in March. Thursday’s announcement included appropriations of funds for those measures, and also included an additional $380m boost for Māori housing.

Reports on the child poverty-related indicators and child and youth wellbeing strategy released earlier in May found the portion of children whose families were spending more than 30% of their disposable income on housing had risen slightly from 35% to 36%. Many were still living in unaffordable, damp and mouldy homes, and with families who run out of food.

The climate crisis was also the subject of only modest spending, including $300m to accelerate investment in low-carbon technology. The government, however, is awaiting the final recommendations of its newly formed Climate Commission expected at the end of May – with $19.7m earmarked to support a policy response to the commission’s advice.

India to Offer More Incentives to Lure Firms in Semiconductors