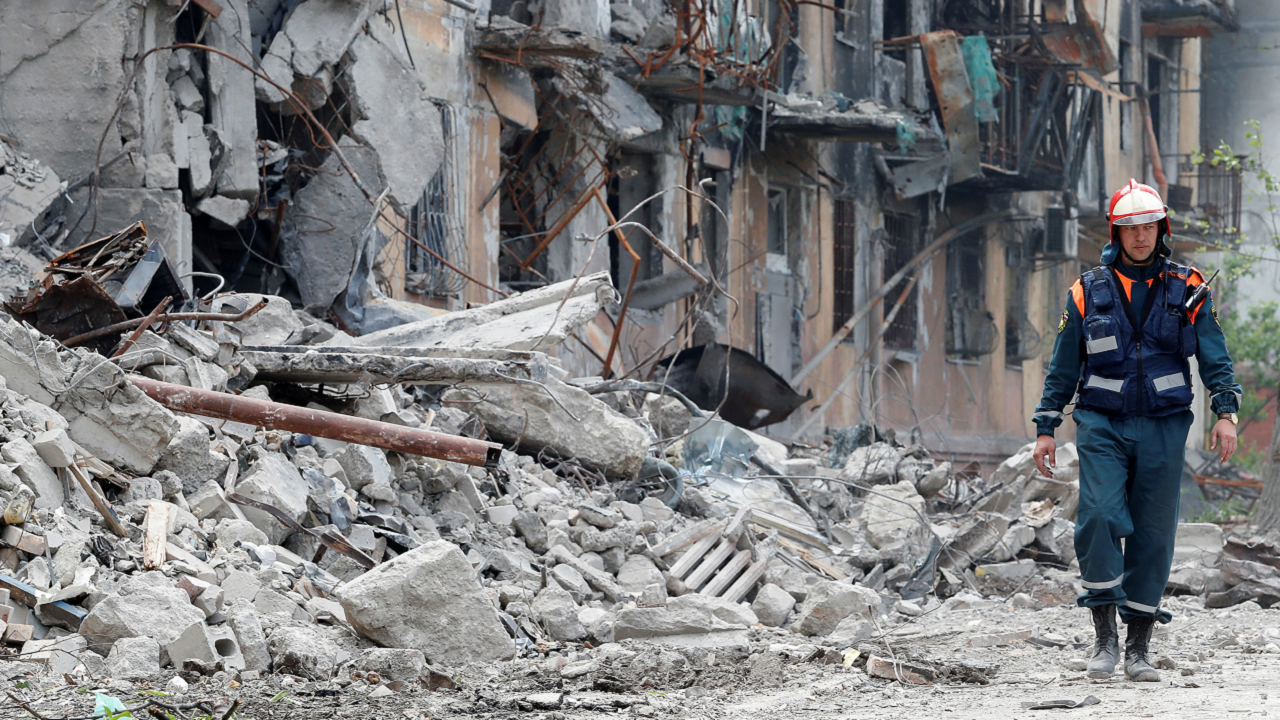 Russian-backed separatists in eastern Ukraine have detained around 3,000 civilians from the besieged city of Mariupol, the country’s human rights chief claimed Thursday.

Lyudmyla Denysova said on social media that the Ukrainian government is aware of at least two prisons set up in the Donetsk region, one in the regional capital of Donetsk and another in Olenivka, a suburb 12 miles southwest of the city center, according to the Associated Press.

She claimed that authorities in Kyiv had received reports of people being “tortured, interrogated, threatened with execution and forced to cooperate,” and others disappearing after interrogations. 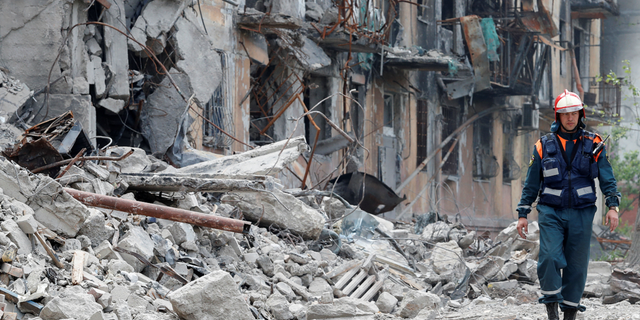 A member of Russia’s Emergencies Ministry walks near a destroyed residential building in Mariupol, Ukraine, on Thursday, May 11. (Reuters/Alexander Ermochenko)

US SAYS ‘TENS OF THOUSANDS’ OF UKRAINIANS SENT TO RUSSIAN TERRITORIES

Denysova also alleged that detainees were being kept in “inhuman conditions” with inadequate access to bathrooms and no space to lie down.

She claimed that some captives had been released after 36 days, after signing unspecified documents, but did not provide more details. 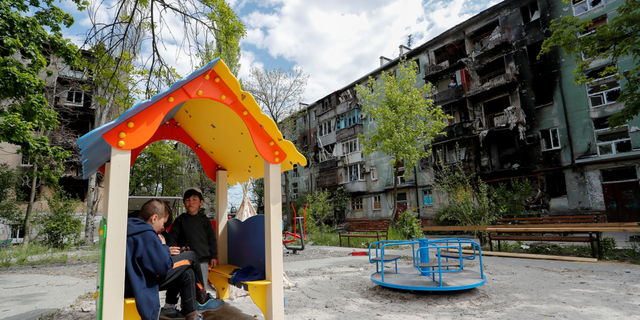 Children gather at a playground in Mariupol, Ukraine, on Thursday, May 11.

More than 100,000 civilians remain in the ruined port city of Mariupol, which had a pre-war population of about half a million. 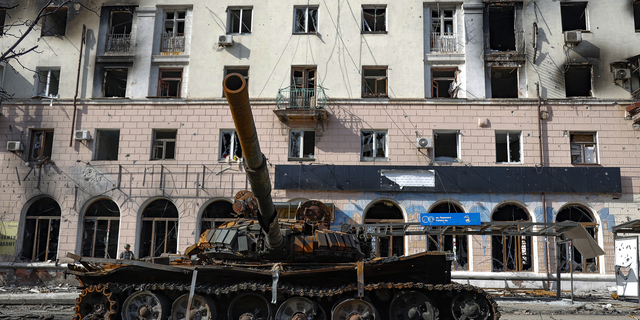 A destroyed tank and a damaged apartment building from heavy fighting are seen in an area controlled by Russian-backed separatist forces in Mariupol, Ukraine, on Tuesday, April 26. (AP/Alexei Alexandrov)

Ukrainian authorities have previously claimed that “thousands of Ukrainians” had been forcibly taken to Russia.

Irish Man Loses His Memory 10 Minutes After Having Sex