Battle for the Soul review: how Biden beat Trump – and exposed Democratic divides 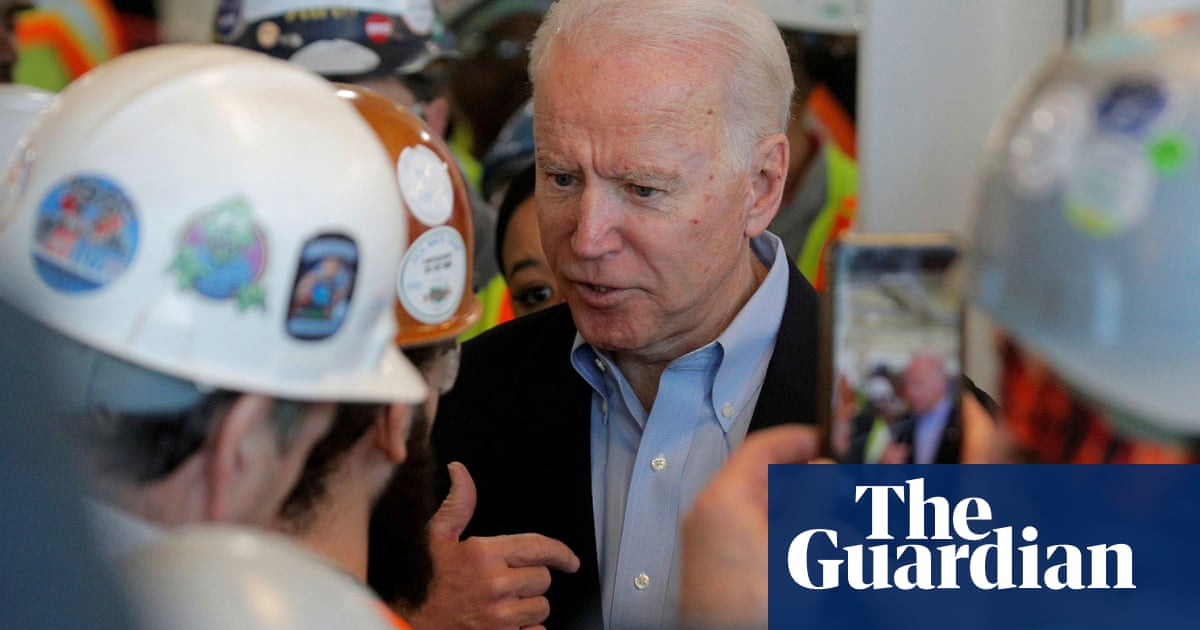 On Saturday 7 November, the networks finally called the election for Joe Biden. Barack Obama’s vice-president prevailed by more than 7m votes but his margin in the electoral college was too close for comfort. The Democrats lost seats in the House and did not take control of the Senate until January, when Biden took office. America stands divided but the Democrats’ own fissures are also on display.

The party of Jackson, FDR and JFK is now an upstairs-down coalition of coastal elites and minorities, hounded by politically self-destructive demands for defunding the police and ever greater wokeness. As Biden acknowledged to Edward-Isaac Dovere, when he won the White House at the third attempt, the former senator from Delaware was the “dog who caught the bus”. Now what?

Dovere’s first book is informed and granular, filled with up-close quotes and lacerating observations, a must-read for newsrooms and political junkies. It captures Biden’s post-2016 ascent and the conflicts within his party.

Donald Trump weighs on the narrative but is not its focal point. Pride of place goes to Biden and Obama. They are plenty interesting.

Obama is portrayed as skeptical of Biden’s chances and doubtful of his ability to energize a crowd. In his eyes, Biden could strut, wear Ray-Bans … and then “stumble”. He did not mesmerize.

“Americans liked their presidents to have some swagger,” Obama thought.

Likewise, Biden knew he was no Obama, saying: “I’ve never seen a man who’s better at talking to a thousand people than to one.”

Still, Biden understood that he could relate on the quotidian level. At 30, he buried a wife and daughter. Decades later he lost his elder son to cancer and watched the other become mired in a hellscape of booze, pills and powder.

If Biden seethed with ambition, at least he did reasonable job of avoiding self-delusion. Battle for the Soul depicts Eric Holder, Obama’s friend and former attorney general, as overly optimistic about the 44th president’s powers. And that is being kind.

Holder actually believed Obama’s win in 2008 would usher in an Aquarian age. “Everyone thought his election would lead to a post-racial society,” according to Holder, adding that “somehow the normal rules would not apply” and “that all things negative” would be gone.

The only thing missing from that tableau was a cotton candy unicorn.

Biden saw his own candidacy more prosaically. He could be “what stopped the backlash that Obama had set off”, a modest but important feat. By the numbers, Biden improved on Hillary Clinton’s margins among white voters – with and without college degrees.

Over time the GOP traded upward arc for resentment as its central message and ceded the votes of Americans with four-year degrees. The flip side: Battle for the Soul records Biden lamenting the disconnect between his party and their old lunch-bucket base. The descendants of Ellis Island had forgotten their forbears. The New Deal was no longer a memory.

On that score, Biden criticizes the Democrats for emphasizing the plight of the poor at the expense of society’s middle rungs.

“How many times did you hear us, even in parts of our administration, talking about the middle class?” he asks Dovere.

A graduate of the University of Delaware and Syracuse Law School, Biden criticized the left for embracing the abstract and Medicare for All over what people actually needed.

“Some of the party sort of became a little bit elitist,” Biden conceded. The faculty lounge had replaced the political clubhouse. When it came to defunding the police, Biden refused to buy what the progressives were selling. In his campaign autobiography, Promise Me Dad, he took pride in “close relationship with the police and the civil rights community”.

Whether Biden can bridge those two groups in office may determine the outcome of the midterms and his chances of re-election. In the summer of 2020, amid protests against police brutality and racism, Biden feared Trump’s message of law and order would resonate. In the end, it almost did.

Murder is up. America’s cities are shooting galleries again. The murder of George Floyd by a police officer continues to reverberate. Unfortunately, the gap between police and policed widens. The urban landscape festers.

Dovere aims some of his sharpest slings at Jared Kushner. In 2016, after a post-election tour of the West Wing, Trump’s son-in-law noted the decor and announced to his guides: “Oh Mr Trump is going to love this … It’s going to remind him of one of his golf clubhouses.”

In the author’s words, Kushner was a “wannabe wunderkind” whose biggest achievement was “over-leveraging himself into the most expensive real estate deal in New York City history”.

Ted Cruz also receives his share of scorn. Dovere labels the Texas senator a “self-styled great moralizer who brought intellectual imperiousness to his labored Elmer Gantry impression”. Unlike Kushner, Cruz fundraises off such turns of phrase. There’s nothing like saying: “I’m persecuted, I’m No 1.”

How much more Biden accomplishes remains to be seen. The pandemic appears to have subsided, if it has not been vanquished. The economy grows, albeit unevenly. What additional legislation will be passed is unknown; 4 July is almost here and there is no infrastructure bill.

If politics teaches us anything it is that culture counts and crime matters. How Biden and the Democrats navigate these challenges is an open question. Should Nancy Pelosi loses the speaker’s gavel, Biden will be forced to contend with both the Republicans and the Squad, the influential group of progressive House women. For any mortal, that would be a daunting task.

Battle for the Soul provides ample warning and plenty of food for thought.

My mum escaped the cruelty of Ireland’s mother and baby homes. I might not be alive if she hadn’t