61
Shares
Facebook24Twitter15WhatsApp3Telegram1
Linkedin1Pinterest5Tumblr1
NEWYou can now listen to Fox News articles! A passenger bus slid off a mountain road and fell into a deep ravine in heavy rain in southwest Pakistan on Sunday,…

A passenger bus slid off a mountain road and fell into a deep ravine in heavy rain in southwest Pakistan on Sunday, killing 19 people and injuring 12 others, a government official said.

Mahtab Shah, assistant administrator for the district of Shirani in Baluchistan province, said about 35 passengers were traveling in the bus. He said rescue workers were searching for survivors in the wreckage of the destroyed vehicle and surroundings. 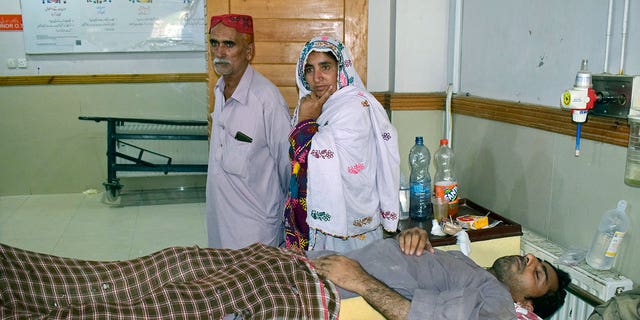 A man injured in a bus accident in Dana Sar, Khyber Pakhtunkhwa province, is treated at a hospital in Quetta, Pakistan, Sunday, July 3, 2022. An official said the passenger bus slid off a mountain road and fell 200 feet (61 meters) into a ravine in heavy rain killing at least 18 people and injuring some 12 others.  ((AP Photo/Arshad Butt))

Shah said apparently the bus slid on the wet road amid heavy rain and the driver lost control of the vehicle, which fell about 200 feet (61 meters) into the ravine.

Deadly road accidents are common in Pakistan due to poor road infrastructure and disregard for traffic laws, as well as poorly maintained vehicles. Last month, 22 people were killed in a similar accident when a bus fell into a ravine in Qila Saifullah district.