58
Shares
Facebook22Twitter14WhatsApp3Telegram1
Linkedin1Pinterest5Tumblr1
NEWYou can now listen to Fox News articles! China fired at least five missiles into Japanese territory on Thursday in the middle of strained international tensions in the western Pacific.The…

China fired at least five missiles into Japanese territory on Thursday in the middle of strained international tensions in the western Pacific.

The People’s Republic of China fired nine ballistic missiles on Thursday in an act of military aggression, five of which landed in Japanese-controlled water, according to the Japanese Ministry of Defense.

This is the first time that China has used missile targeting to strike inside Japan’s exclusive economic zone. 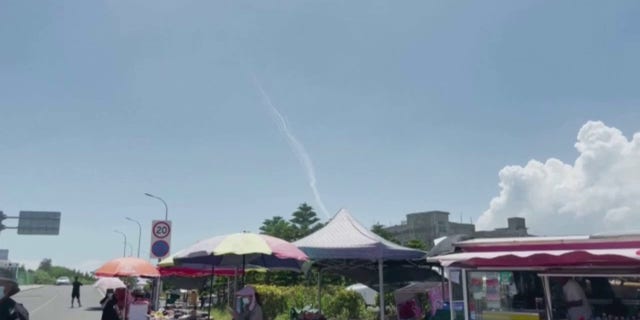 The exclusive economic zone is the area surrounding Japan over which it has exclusive rights to enterprises such as fishing.

The strike and its implied threat of violence has complicated international tensions and comes on the heels of a controversial congressional delegation trip to Taiwan. 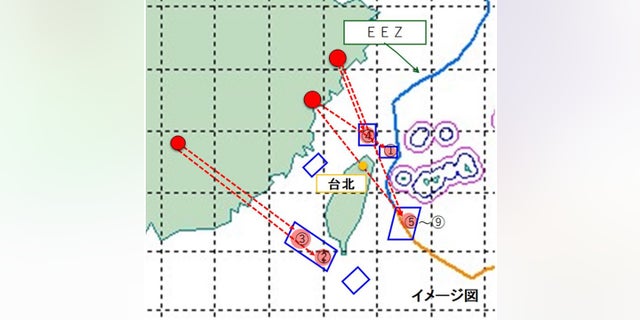 Japan released a map of where it says Chinese missiles landed around Taiwan on Thursday, Aug. 4, 2022. (Japanese Ministry of Defense)

Secretary of State Antony Blinken spoke to reporters Thursday about the recent delegation to Taiwan, trying to smooth over the visit.

“I want to speak to the recent activity concerning Taiwan because I know it’s on a lot of people’s minds,” Blinken said. “The United States continues to have an abiding interest in peace and stability across the Taiwan Strait. We oppose any unilateral efforts to change the status quo, especially by force.” 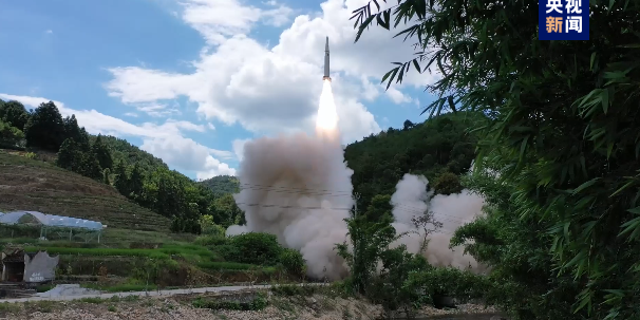 The People’s Republic of China has long claimed sovereignty over Taiwan and the Taiwan Strait, the relatively narrow strip of ocean between the island of Taiwan and the Chinese mainland. The Chinese military has frequently sent planes into the area, testing Taiwan’s air defense zone.

The U.S. does not have official relations with Taiwan — also known as the Republic of China — and maintains a “One China” policy that recognizes the People’s Republic of China as the legitimate successor nation.