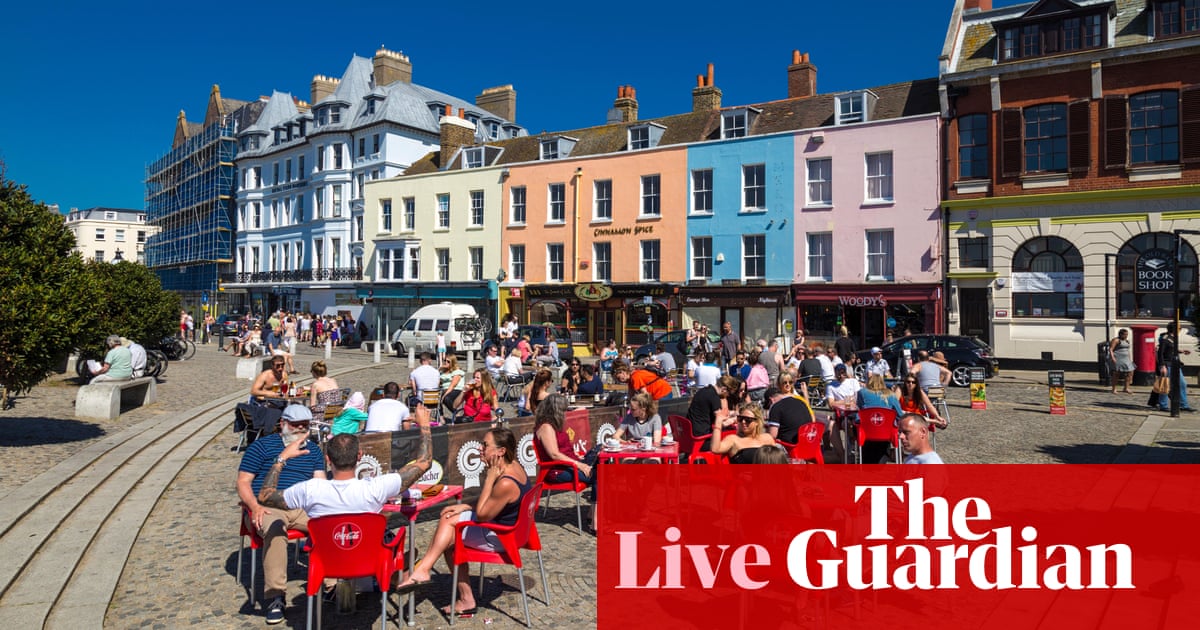 The British Beer and Pub Association (BBPA) chief executive Emma McClarkin has called on the UK government to provide advance notice to businesses if restrictions are to remain after June 21. McClarkin acknowledged the government was in a “difficult situation” but said Whitehall had to “stick to its road map”.

We need the Government to stick to its road map of removing those restrictions by the 21st of June if we want to see the great British pub really begin its recovery.

What I need to say is June 21 is absolutely critical to the recovery of the sector. Recovery day only starts when the restrictions are removed.

If the Government does leave any lingering restrictions in play then they really need to give us advance notice of that and it needs to talk seriously about financial compensation.

But right now we are asking the Government to stick to their road map.

The number of confirmed coronavirus cases in Germany increased by 3,852 to 3,679,148, data from the Robert Koch Institute (RKI) for infectious diseases showed on Sunday. The reported death toll rose by 56 to 88,406, the tally showed.

Science minister Khairy Jamaluddin told a virtual news briefing on Sunday that the government will set up another five mega vaccination centres around the capital, Kuala Lumpur, and are considering two in the northen state of Penang and in the southern state of Johor.

Nearly 6% of the country’s 32 million people have been vaccinated, according to the website of the governmental Special Committee for Ensuring Access to COVID-19 Vaccine Supply.

Khairy said the government is also looking to allow drive-through vaccination centres in the country, after guidelines are firmed up.

Prime Minister Muhyiddin Yassin on Friday announced a nationwide total lockdown from June 1-14 in an effort to curb the spread of the virus.

Malaysia reported 6,999 new cases on Sunday, bringing the total infections in the country to 565,533.

More than half of people in their 30s in England have received a coronavirus vaccination in a period of little over two weeks, new figures reveal.

NHS England said that, since it began opening up the vaccine rollout to this age group on May 13, 53% of those aged 30 to 39 have been given at least one dose.

The data comes as Prof Stephen Reicher, a psychologist on the Sage sub-committee advising ministers on behavioural science, said the government was in a “pickle” because it appeared to have abandoned the “data not dates” principle.

The NHS, meanwhile, is asking people aged 50 and older, as well as those who are clinically vulnerable, to bring forward their second Covid-19 vaccination to help combat the spread of the B1.617.2 variant first identified in India.

It follows the Joint Committee on Vaccination and Immunisation (JCVI) recommending earlier this month that the second dose interval be shortened from 12 weeks to eight for people in priority cohorts.

India today reported its lowest daily rise in new coronavirus infections in 46 days at 165,553 cases during the previous 24 hours, while deaths rose by 3,460.

The south Asian nation’s tally of infections now stands at 27.9m, with a death toll of 325,972, health ministry data showed on Sunday.

Good morning, and welcome to the coronavirus global blog. Caroline Davies here, taking you through key developments today. You can get in touch on caroline.davies@theguardian.com.

In the UK, there are calls for a more informed debate on the planned lifting of all legal limits on social contact in England on June 21 as Labour questioned if the move would proceed. The continued spread of the Indian coronavirus variant has prompted experts to argue restrictions should remain in place until more people have received both doses of a vaccine amid reports ministers are drawing up plans for a partial end of lockdown. NHS Providers chief executive Chris Hopson said a “much better quality of debate” was needed on the implications of easing measures, according to the BBC. Writing in The Observer, opposition leader Sir Keir Starmer said “weak, slow decisions” by the Government on border policy had allowed the Indian variant to spread.

Meanwhile, leaders of Australia and New Zealand have had their first face-to-face meeting since the coronavirus outbreak prompted both countries to close their borders. Australian prime minister Scott Morrison arrived in the tourist resort of Queenstown for an overnight visit on Sunday. He greeted his New Zealand counterpart Jacinda Ardern with a traditional Maori hongi, in which the pair pressed noses together. Morrison is the first major world leader to visit New Zealand since both countries shut their borders last year to contain the virus. The neighbours opened a quarantine-free travel bubble last month, although a recent outbreak of the virus in Melbourne has prompted New Zealand to suspend the arrangement with Victoria state.