58
Shares
Facebook22Twitter14WhatsApp3Telegram1
Linkedin1Pinterest5Tumblr1
NEWYou can now listen to Fox News articles! Another wildfire is spreading in Germany after explosives at a World War II ammunition dump detonated on Thursday.More than 100 firefighters are…

Another wildfire is spreading in Germany after explosives at a World War II ammunition dump detonated on Thursday.

More than 100 firefighters are working to combat the blaze, but officials say it is still spreading uncontrollably. The WWII ammunition facility is located in the Grunewald forest near Berlin and is used for the controlled detonation and disposal of old munitions.

“The situation is dangerous,” Berlin fire department spokesman Thomas Kirstein told reporters “The fire is not under control, the forest is burning uncontrollably.”

Kirstein estimated that an area of 1.5 hectares was burning as of Thursday. 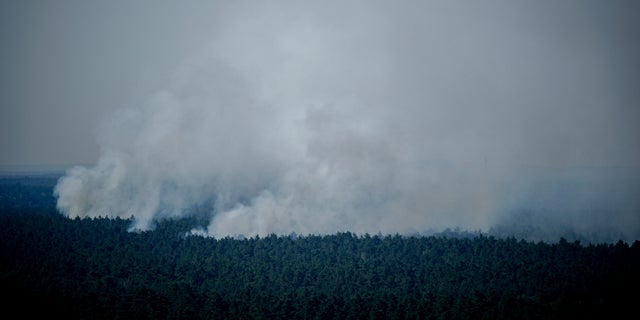 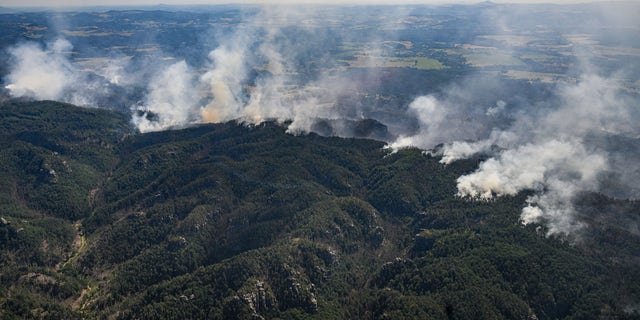 View of the fire in Germany from a helicopter. (Robert Michael/dpa via AP)

The Grunewald facility was reportedly housing 25 metric tons of WWII ammunition, fireworks and other ordnance prior to Thursday. It is unclear whether the detonations were on purpose or accidental.

Germany is one of several European countries fighting wildfires within its borders. Greece has had to evacuate hundreds of people during its fight against four major fires – three on its mainland and another on the island of Lesbos.

Wildfires are also spreading in the U.S., with California and Utah facing the largest threats.

Firefighters are spread across the states fighting blazes that stretch for more than a dozen square miles. This year has so far seen 35,000 wildfires that burned 4.7 million acres in the U.S., according to the National Interagency Fire Center.