How progressives have changed the tone on the Israel-Gaza conflict 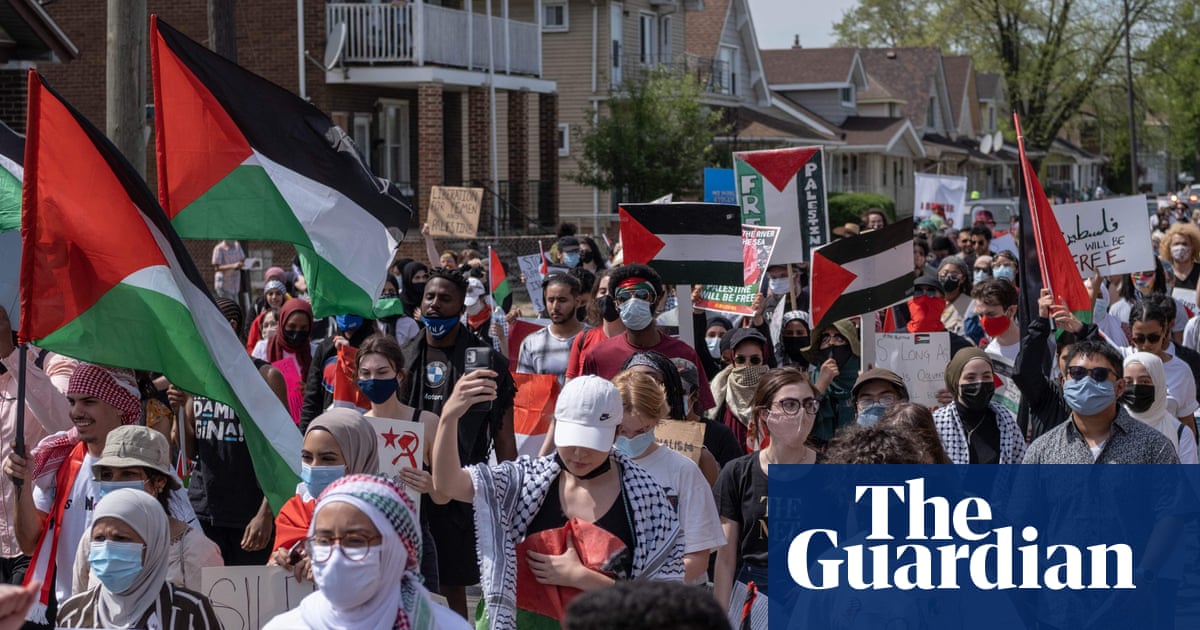 It just so happened that Joe Biden was due to visit Detroit, home to the biggest Arab American community in the country, at the height of the latest upsurge in Israeli-Palestinian violence.

The sight of the presidential motorcade on Tuesday passing through a protest bedecked with Palestinian flags – and of Biden himself in heated discussion with Rashida Tlaib, the first Palestinian woman to be elected to Congress, on the Detroit airport tarmac – vividly illustrated the rapid shifts underway in US politics.

Welcoming Friday’s ceasefire, Biden said he would continue what he called his “quiet, relentless diplomacy”. But his emphasis through 11 days of bombs, rockets and bloodshed, on Israel’s right to self-defence, his refusal to demand a ceasefire or to join a UN security council statement to that effect, have exacted a political cost in the very constituency that was decisive in getting him elected.

In many ways, Biden was following a well-trodden path for US presidents, but the political downside of doing so is much greater now than it would have been just a few years ago, before a new generation of Democrats such as Tlaib arrived in Congress, and before the Black Lives Matter campaign made common cause with the Palestinians.

The same broad coalition that saved Biden’s primary campaign and helped get him across the line in November, could now become a powerful counterweight to the pro-Israeli traditions of the Democratic party.

“We’re in a moment of profound flux in society in general and things are moving very, very quickly and sometimes it takes moments like these to see how far things have shifted,” said Abdul El-Sayed, an epidemiologist, formerly Detroit’s former health director and candidate for governor, who addressed the protesters in Michigan on Tuesday.

“Joe Biden has, throughout his political history, been very, very good at reading the changes in temperature that occur, and I hope that he registers the fact that the base has also moved on this issue.”

Also in the crowd on Tuesday was Reuben Telushkin, a Black Jewish activist who is national organiser for Jewish Voices for Peace (JVP). He said the Black Lives Matter movement has reinforced an alliance between Palestinians and African Americans.

“People were connecting in the streets, connecting online and so pre-existing solidarities were deepening, but also average, maybe more apathetic folks, were being politicised,” Telushkin said.

He pointed to the impact of protests in Ferguson in 2014, when it was discovered the same US-made tear gas canisters were being used on Black American demonstrators in Missouri and against Palestinians on the West Bank.

“Palestinians were demonstrating their solidarity by sending tweets to the protesters in Ferguson about how to treat tear gas,” Telushkin said. “So it was a really material link.”

A new vocabulary has entered the US debate on Israel and Palestine, particularly since Human Rights Watch published a report last month that described the status quo as apartheid, a description that echoed on the floor of the House of Representatives and on MSNBC by presenter Ali Velshi.

“That is a radical change. Normally you’d be at risk of losing your job if you spoke up for Palestinian human rights,” said Edward Ahmed Mitchell, the deputy executive director of the Council on American-Islamic Relations.

The models Bella and Gigi Hadid, whose father was born in Palestine, used their social media platforms, with a combined following of 108 million, to highlight the plight of the people of Gaza and the West Bank.

“This political activism has been building for decades,” said Salih Booker, president of the Center for International Policy. “It’s hard to point to exactly what grain of sand has now been added to this side of the scales, but I think we’re approaching a new tipping point where the entire debate is being reframed.”

US public sympathies are still mostly with the Israelis rather than the Palestinians. The ratio was 58% to 25% in a Gallup poll in March, but that still reflected a steady swing towards the Palestinians over recent years and the survey was taken before the most recent eruption of violence.

Similarly the centre of gravity in the Democratic party is still sympathetic towards Biden’s approach, but the direction of change is away from the reflexive support for Israel that has been the president’s hallmark throughout his long political career.

As a sign of things to come, progressives point to the ouster of the formerly powerful, pro-Israel chair of the House foreign affairs committee, Eliot Engel, by a political newcomer, Jamaal Bowman, in a Democratic primary last July. Bowman has since supported a bill that would regulate US military aid to Israel.

“The conversation has to change before the policy can change,” Mitchell said. “And right now we are seeing a radical change in the conversation surrounding Palestine.”

The two-state solution has no chance. But an Israeli-Palestinian confederation does | Meron Rapoport

The Global Insecurity of Climate Change