58
Shares
Facebook22Twitter14WhatsApp3Telegram1
Linkedin1Pinterest5Tumblr1
NEWYou can now listen to Fox News articles! Two Americans and eight other former prisoners of war from the Ukraine war have been freed by Russia, thanks to the intervention…

Two Americans and eight other former prisoners of war from the Ukraine war have been freed by Russia, thanks to the intervention of Saudi Arabia’s Crown Prince Mohammed bin Salman.

In an exclusive interview with Fox News, the foreign minister detailed the months of negotiations that went into the prisoner release by Russian President Vladimir Putin.

The two Americans, 40-year-old Army veteran Alexander John-Robert Drueke and 27-year-old Marine Andy Tai Ngoc Huynh, both from Alabama, went to Ukraine to help defend it against the Russian invasion.

They were captured by Russian proxies in June during a firefight in the Donbas region of Ukraine and held in Russia as POWs. They, along with five British citizens, one Moroccan, a Swede and a Croatian were released Wednesday as part of a deal that also returned Russian POWs captured by Ukraine. 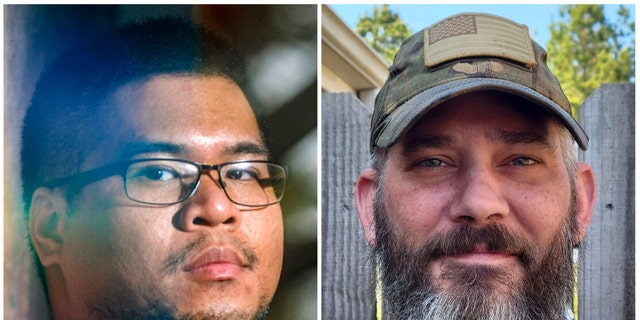 “His Royal Highness was able to convince President Putin that this is a humanitarian gesture that is worthwhile, and this is how we achieved this result,” bin Farhan said.

The foreign minister also said that Crown Prince bin Salman spent months on the issue to free the men and set up a credible communication channel between both sides.

“His Royal Highness has always been convinced that dialogue is the primary avenue to resolve differences, and he made quite clear through the beginning of this conflict when he reached out to both President Putin and President [Volodymyr] Zelenskyy that we believe that there should be a negotiated settlement, and we continue to work towards that. And I think that attitude allowed for a really transparent discussion and was able to facilitate this result.” 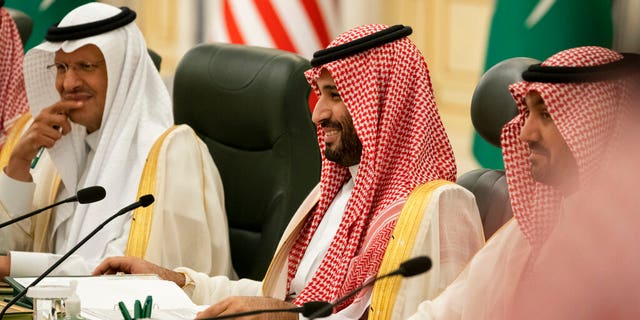 He described a long, detailed negotiation that resulted in a prisoner swap, with Ukraine also releasing 55 Russian POWs and a pro-Putin Ukrainian member of parliament who was being held on charges of treason.

“Issues like this are always tremendously complex because there are a number of moving parts,” bin Farhan said. “There were many issues that had to be addressed. There were other prisoners, Ukrainian and Russian captives, that needed to be exchanged. So, there was a lot of detail that had to be ironed out and worked on.”

The Americans’ families issued a joint statement, saying, “We are thrilled to announce that Alex and Andy are free. They are safely in the custody of the U.S. embassy in Saudi Arabia and after medical checks and debriefing they will return to the States.”

“I feel great,” the foreign minister said. “I just look forward to seeing the pictures of them reunited with their loved ones when they return back to the United States and Alabama.” 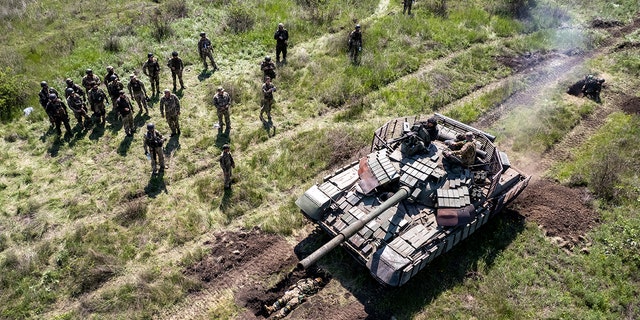 A Ukrainian tank drives over an infantryman during a training exercise near Dnipropetrovsk Oblast, Ukraine, on May 9, 2022. (John Moore/Getty Images)

Secretary of State Antony Blinken issued a statement that said in part, “I look forward to these U.S. citizens being reunited with their families. We also thank our Saudi partners for helping to spearhead this humanitarian initiative.”

U.K. Prime Minister Liz Truss tweeted that the release was “hugely welcome news” that ends “months of uncertainty and suffering for them and their families.”

“Prime Minister Truss is someone I respect a great deal,” said bin Farhan. “We are confident that through her prime-ministership we will strengthen further the bonds between the Kingdom of Saudi Arabia and the United Kingdom.”

He also said that bin Salman’s role as a mediator between Putin and Zelenskyy could set the stage for expanded talks that he hopes will finally lead to an end to the war.

“We believe that engagement is important, that working towards a negotiated settlement is critical, a settlement that respects also, of course, Ukraine and Ukraine’s sovereignty and addresses the concerns of all parties in a way that prevents further bloodshed. I think, in the end, what’s most important is that we stop the bloodshed, and we stop the suffering of the civilians that are inevitably affected by any conflict,” he said.