59
Shares
Facebook23Twitter14WhatsApp3Telegram1
Linkedin1Pinterest5Tumblr1
NEWYou can now listen to Fox News articles! At least nine people have been killed as protests against the Islamist regime in Iran escalated Thursday, with protesters setting fire to…

At least nine people have been killed as protests against the Islamist regime in Iran escalated Thursday, with protesters setting fire to police buildings and stabbing a regime enforcer.

Thousands of protesters have gathered across the country following the police-custody death of Mahsa Amini, who was arrested by Iranian morality police for not wearing a head covering. Protests have become increasingly violent in major cities like Tehran, where police stations and vehicles have gone up in flames.

Protesters also stabbed a member of the Basij, a pro-government paramilitary organization, according to Reuters. Iranian state media has suggested the death toll could be as high as 17.

The regime sought to quell the unrest by cutting off access to social media in more than a dozen cities, a move that has precluded the widespread killing of protesters in previous instances of unrest. 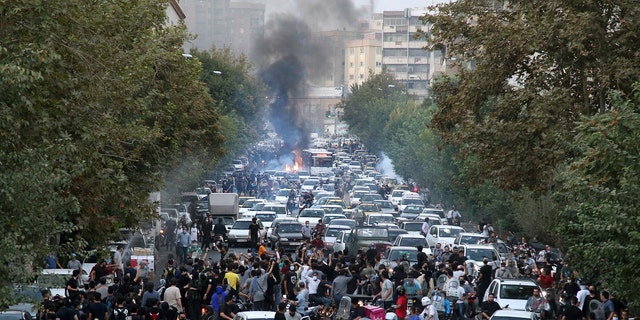 Protesters chant slogans during a protest over the death of a woman who was detained by the morality police, in downtown Tehran, Iran. (Associated Press)

Iranian police opened fire on protesters in the Iran’s northeastern region on Wednesday, killing five. Iran’s Kurdish minority of roughly 10 million lives in the region, and Amini was Kurdish herself. 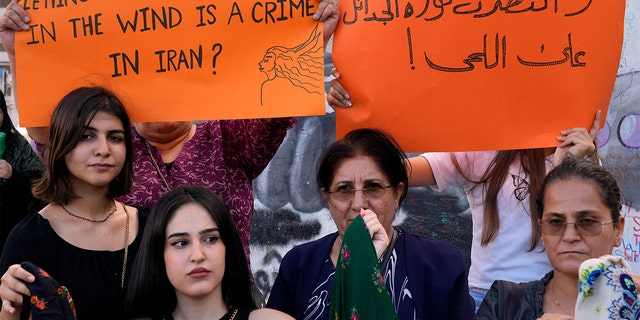 Kurdish women activists hold up placards during a protest against the death of Iranian Mahsa Amini in Iran, at Martyrs’ Square in downtown Beirut, Wednesday, Sept. 21, 2022.  (AP Photo/Bilal Hussein)

Two of the police killings reportedly took place in Amini’s hometown of Saqez, according to human rights groups. Two more were killed in the Kurdish city of Divandarreh, and a fifth was reportedly killed in the northeastern city of Dehgolan. 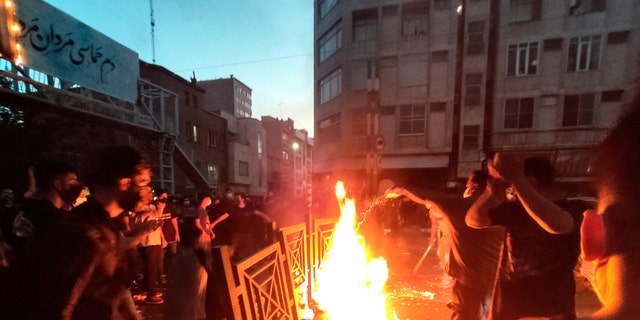 Protesters make fire and block the street during a protest over the death of a woman who was detained by the morality police, in downtown Tehran, Iran.  (Associated Press)

Iranian authorities have allegedly rejected responsibility for Amini’s death, claiming that she simply collapsed while in custody and fell into a coma. Amini’s family says they found evidence of beatings on her body when they arrived to the hospital, however, and she soon died of her injuries.

Many women demonstrating after Amini’s death refused to wear a headscarf, with some burning their hijabs on the street.