58
Shares
Facebook22Twitter14WhatsApp3Telegram1
Linkedin1Pinterest5Tumblr1
NEWYou can now listen to Fox News articles! Italy's population is set to decline by almost a fifth over the next five decades as a result of a steadily falling…

Italy’s population is set to decline by almost a fifth over the next five decades as a result of a steadily falling birthrate, the country’s statistics agency ISTAT said on Thursday.

A shrinking and ageing population is a major worry for the euro zone’s third-largest country. Among other things, it is linked to falling productivity and higher welfare bills.

ISTAT acknowledged that long-term demographic forecasts were subject to “deep uncertainty”, but said it was “almost certain” that Italy’s population would decrease. 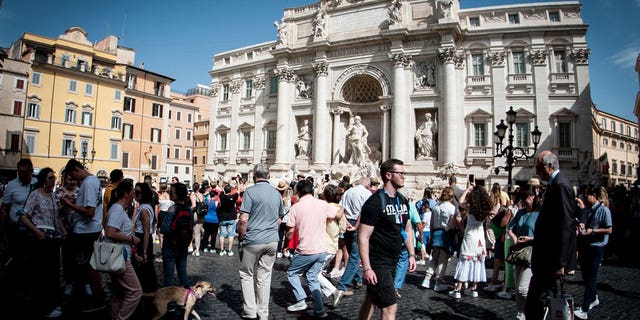 Italy may see a smaller population in the next 50 years, statistic agency ISTAT said. Pictured: A crowd in front of the Trevi Fountain square in Rome, Italy, on June 3, 2022. (Andrea Ronchini/NurPhoto via Getty Images)

In a worst case scenario, the population loss by 2070 could be as high as 18 million people, ISTAT said, although under the best circumstances it forecast a drop of just 4.2 million.

The agency noted that Italy has been facing negative demographic trends for about 15 years, only partially mitigated by immigration.

CHINA’S POPULATION EXPECTED TO DIP AHEAD OF 2025: OFFICIAL