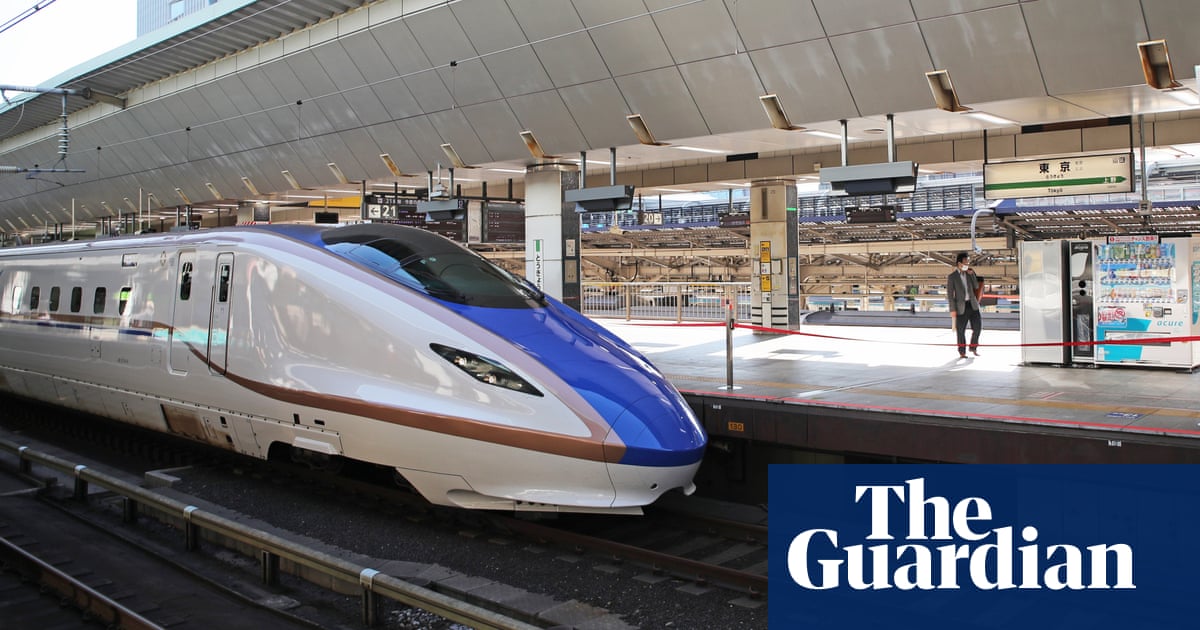 A driver on one of Japan’s shinkansen bullet trains is facing disciplinary measures after he abandoned his cab to go to the toilet while the train was carrying passengers and travelling at 150km/h.

The 36-year-old driver, who has not been named, reportedly had a stomachache and asked a conductor to take his place while he went to the toilet.

The conductor, who was not qualified to drive the Hikari-series train, sat in the driver’s seat during his three-minute absence, but did not touch the controls, according to the Kyodo news agency.

The incident happened last weekend as the train carried 160 passengers at high speed along the busy Tokaido line, which links Tokyo and Osaka.

The driver might have got away with his unscheduled toilet break except for the fact that the train was subsequently one minute late, which prompted an investigation in a country famous for punctuality.

Masahiro Hayatsu, a senior official of JR Central, which operates the train, apologised and told reporters the driver’s actions had been “extremely inappropriate”.

Japan’s super-efficient shinkansen rail network connects cities along the length and breadth of the country, with trains reaching speeds of up to 320km/h.

The recent incident is thought to be the first in which a shinkansen driver left the cockpit while the passenger train was moving. A similar case in 2001 involved a driver who was operating an out-of-service train.

Bullet trains have an enviable punctuality rate and an impressive safety record, with no fatalities due to a derailment or collision since they went into service in 1964, just before Tokyo hosted the summer Olympics.

A teenage boy died in 1995 after attempting to jump on a bullet train as its doors were closing, and in 2015, a passenger died after setting fire to himself, while a woman in the same carriage died of smoke inhalation.

Although passenger numbers have plummeted during the coronavirus pandemic, an average of more than 400,000 people use the Tokaido service daily.

By the time the shinkansen marked its 50th anniversary in 2014, the Tokyo-Osaka line had carried a total of 5.6 billion passengers, with trains travelling a cumulative 2bn kilometres, enough to circle the globe 50,000 times.

Shinkansen drivers who feel ill are required to report to an operations centre and hand the controls over to a qualified conductor, or stop at the nearest station.

The driver involved in the recent incident reportedly told JR Central that he did not want to lose time by bringing the train to a halt at the next available stop. “I didn’t report it because it was embarrassing,” he said.

Hilary Mantel on adapting The Mirror and the Light for stage