Mannequin Pussy: ‘Kate Winslet has been in the same room as one of our shirts’ 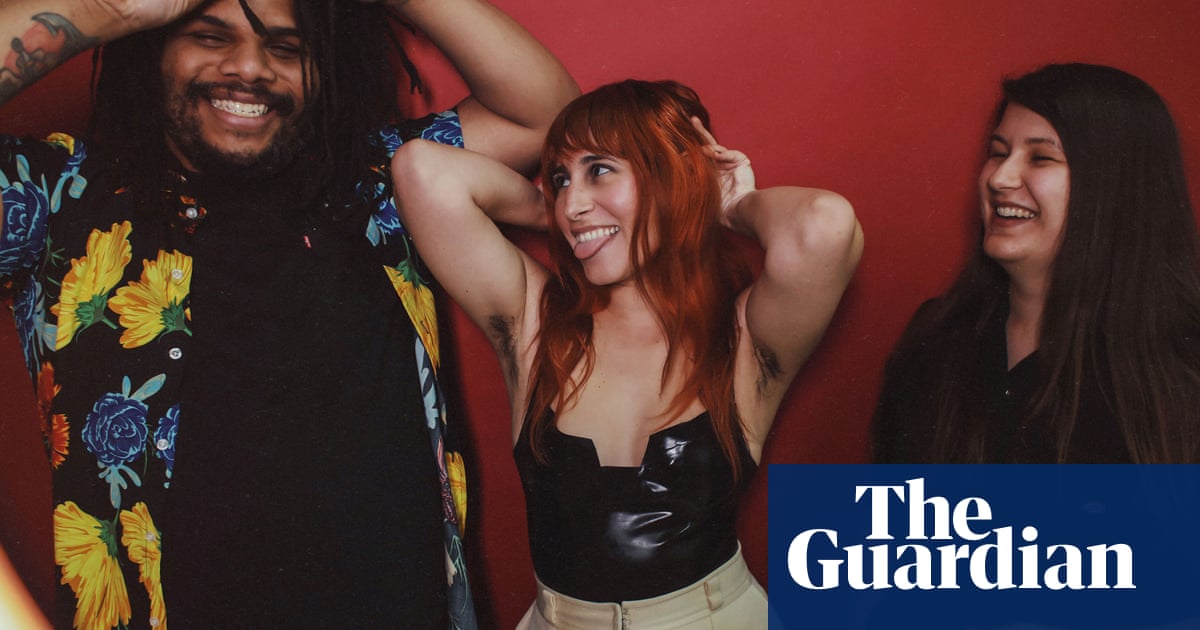 There is a lot to admire about crime drama Mare of Easttown, from its gritty storytelling to the way Kate Winslet puffs on a vape. Punk fans, however, have been tuning in each week not to discover the identity of the murderer loose in the Pennsylvania suburbs but to catch a glimpse of the show’s fake band, Androgynous.

Fronted by Angourie Rice’s teen character Siobhan, Androgynous are a DIY group making their name on the local scene. Those with a keen ear, however, will have spotted that the band’s songs actually belong to the real-life Philadelphia three-piece Mannequin Pussy. “It’s so strange that they’d want us to be in it at all,” band leader Marisa Dabice says, laughing. “There’s tons of other bands who don’t have Pussy in their title.”

Wanting to inject some real Philly life into their series, the makers of Mare of Easttown used Dabice’s band as a model for Androgynous. Scenes where the fictional group perform live show them playing rerecorded versions of the Mannequin Pussy songs In Love Again and Who You Are.

Dabice, meanwhile, was offered a consulting role to visit the set and teach the actors how to rock out. Mannequin Pussy were on tour at the time, so she handed the responsibility to her former tour buddy Michelle Zauner AKA Japanese Breakfast. “Hearing someone try to sound like you is a trip but they did a fucking beautiful job,” Dabice says.

It is a lot to wrap your head around, and a namecheck for the real Mannequin Pussy on the show, plus the sight of a character wearing their merch, led to even more questions. “So many people on Twitter think we’re the fake band!” Dabice laughs. “In their minds, they’re thinking: ‘Nobody would name their band that so they must be fake.’” Ultimately, she is happy to bask in some A-list stardom. “Kate Winslet has been in the same room as one of our shirts. She might know that we exist and that’s enough.”

While Mannequin Pussy are enjoying their moment in the TV spotlight, they are keen to keep the focus on music: earlier this month they released Perfect, a new EP written and recorded during lockdown. Dabice describes it as “a lifeline, something to pour yourself into that wasn’t related to everyday life”, and admits its creation came about as a way of breaking out of the “numbness” of pandemic living.

This salvation carries through into the final product: a short, sharp injection of soulful punk that plays on themes of loss and anxiety around living through trying times, plus the “confidence and desperation” of people on TikTok. It was born from hardship and arrives during a delightfully surreal time in Mannequin Pussy’s lives. With any justice the next big prestige drama will make full use of it. No substitute required.

Adrian’s Kickback: US party goes viral on TikTok and draws thousands of teens