58
Shares
Facebook22Twitter14WhatsApp3Telegram1
Linkedin1Pinterest5Tumblr1
NEWYou can now listen to Fox News articles! More than 1,000 Ukrainian fighters who surrendered during the battle over the Azovstal steel factory in Mariupol have been transferred to Russia…

More than 1,000 Ukrainian fighters who surrendered during the battle over the Azovstal steel factory in Mariupol have been transferred to Russia “for an investigation there,” Russian state media is reporting Wednesday.

The TASS news agency, citing a law enforcement source, reported that at least 100 of the captives are being held in Moscow and that they include “foreign mercenaries.”

“Over 1,000 people from Azovstal have been transferred to Russia. Law enforcement officers are working with them,” the source said. “Investigators also plan to send a number of other captives to Russia in the future, following a series of face-to-face confrontations.”

The report could not be independently confirmed. 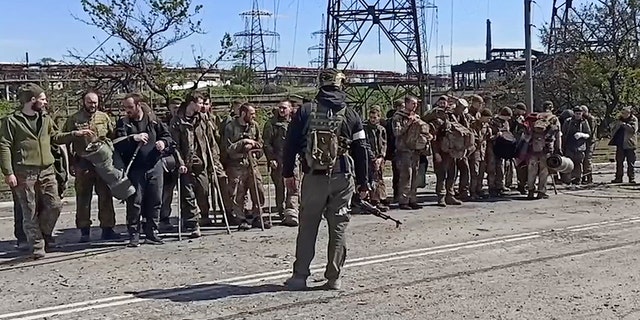 Russia’s Defense Ministry claims around 2,400 people surrendered in Mariupol before Russia took control of the steel factory there.

The Ukrainian government wants Russia to conduct a prisoner swap and hand over all those who laid down their arms, but Russian lawmakers want some of the captives to go on trial, according to Reuters. 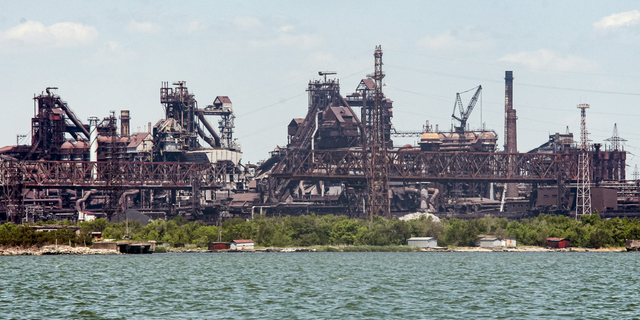 The Metallurgical Combine Azovstal, damaged during fighting, is seen from the Mariupol Sea Port in Mariupol, Ukraine, on Monday, May 30. (AP)

Ukraine’s military intelligence agency said Tuesday that Russia has so far turned over the bodies of 210 Ukrainian fighters killed in the battle for Mariupol, many of them among the last holdouts in the Azovstal steelworks.

The agency did not specify how many more bodies are believed to remain in the rubble of the plant. 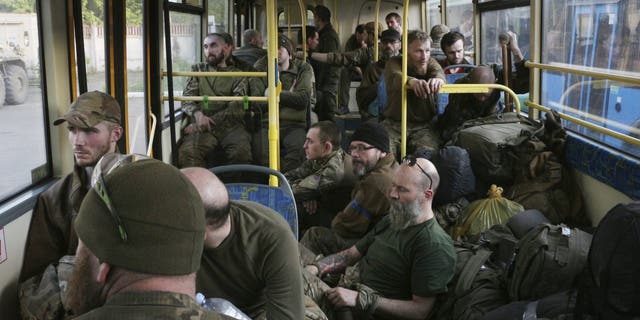 Ukrainian servicemen sit in a bus after they were evacuated from the besieged Mariupol’s Azovstal steel plant on Tuesday, May 17.  (AP Photo)

Russia now controls the destroyed port city. It began turning over bodies last week. Ukraine said Saturday that the two sides had exchanged 320 bodies, with each getting back 160. It is unclear whether any more bodies have been given to Russia.

The Ukrainian fighters defended the steelworks for nearly three months before surrendering in May under relentless Russian attacks from the ground, sea and air.