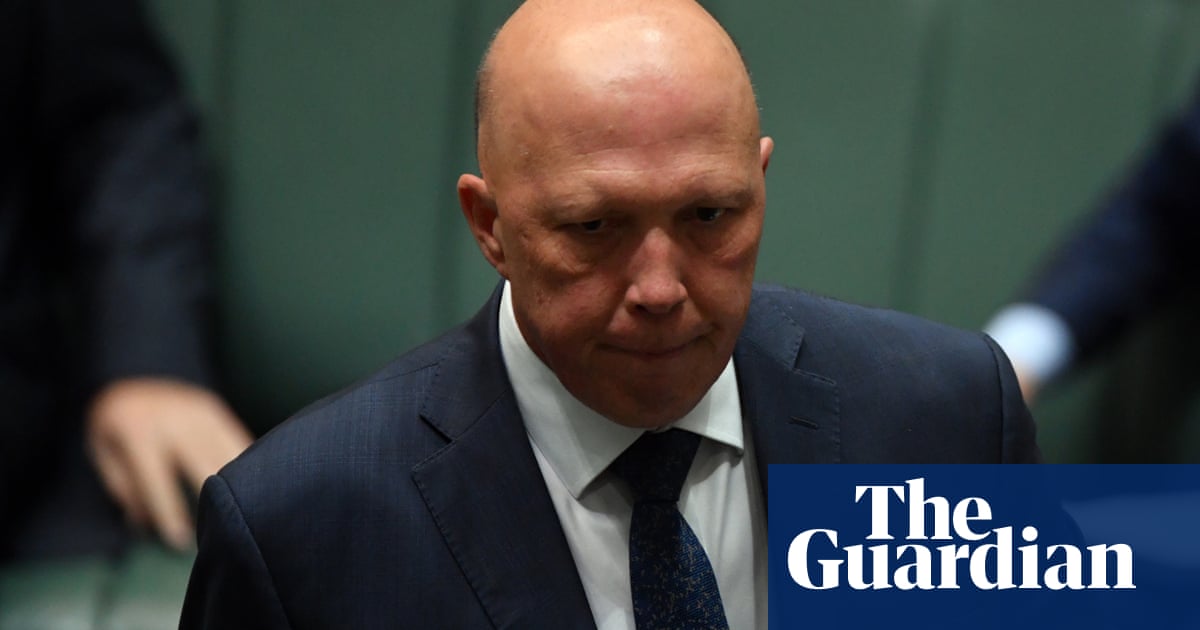 Peter Dutton has been ridiculed as the “minister for culture wars” after he took exception to a morning tea where staff wore rainbow clothing to celebrate diversity and inclusion.

The defence minister on Friday told the Sydney Morning Herald he had ordered the defence force chief, Angus Campbell, to issue a department-wide note ordering events “such as morning teas where personnel are encouraged to wear particular clothes” to “cease”.

Dutton’s intervention has been ridiculed by the public sector union.

“If having a morning tea for reconciliation week, international women’s day or international day against homophobia is stopping our national security efforts, then we have a real problem,” the Community and Public Sector Union deputy national president, Brooke Muscat, said. “This has Peter Dutton written all over it, the federal minister for culture wars.”

The directive followed an event on Monday marking the International Day Against Homophobia, Biphobia, Interphobia and Transphobia.

A note sent earlier this year encouraged defence staff to mark the day with morning teas, wearing visible rainbow clothing or ally pins. Its goal was to show “support for our lesbian, gay, bisexual, transgender and intersex (LGBTI) colleagues, friends and family”, and “standing against prejudice and discrimination, and demonstrating inclusion”.

“As this circular notes, the public service serves the community and it should therefore reflect what our community looks like,” Muscat said.

“Diversity strengthens us and celebrating our diversity encourages safer and respectful workplaces.

Dutton, who took over the defence portfolio in March, told the Herald he had ordered Campbell to send the note to defence staff in a bid to stop “these woke agendas”.

The direction reminded personnel that defence “represents the people of Australia” and “must at all times be focused on our primary mission to protect Australia’s national security interests”.

“We must not be putting effort into matters that distract from this.”

‘Brazil is a global pariah’: Lula on his plot to end reign of ‘psychopath’ Bolsonaro